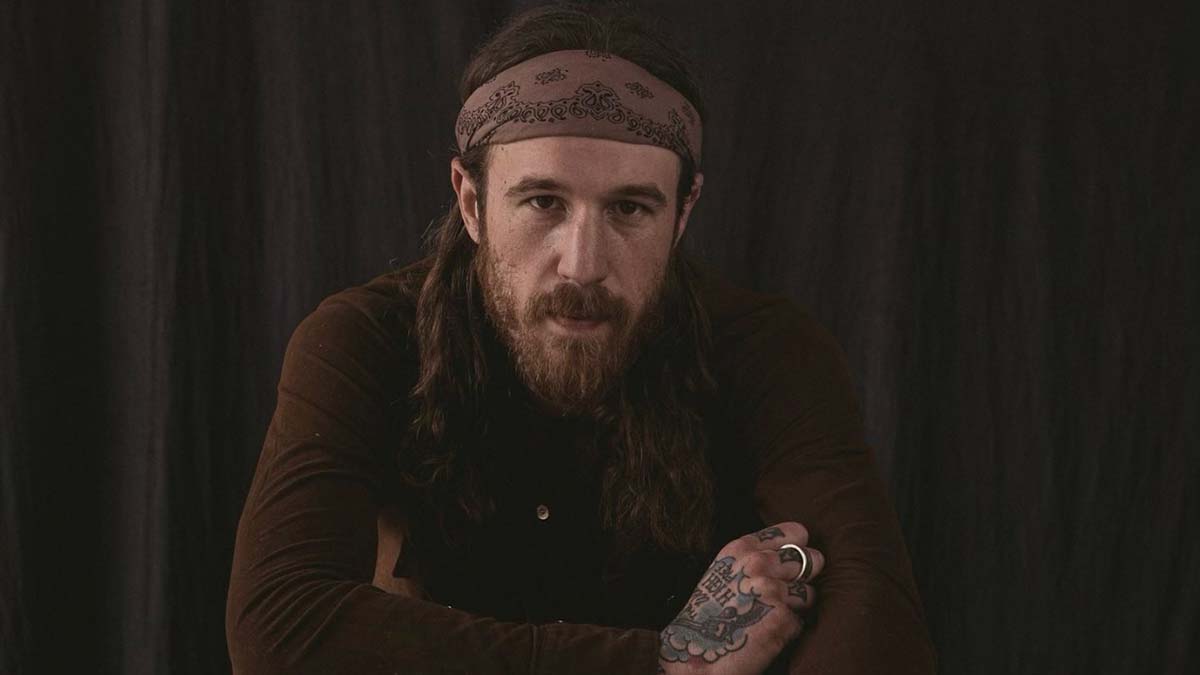 Country rocker Alex Williams returns with his new album ‘Waging Peace’, a fusion of rock, country, outlaw and rust belt style music. He has drawn comparisons to Chris Stapleton, Sturgill Simpson following his debut album release ‘Better Than Myself’ in 2017. New record ‘Waging Peace’ is out via Lightning Rod Records and it finds Williams to be growing professionally and personally with his guitar slinging inspiration coming from legendary bands such as Lynyrd Skynyrd and the Allman Brothers.

You can hear the influence of those two bands in the opening track ‘No Reservations’ with his overdriven guitar tone acting as an introduction to the twelve song opening. The video for ‘No Reservations’, which was directed, filmed and edited by Joshua Britt & Neilson Hubbard and filmed at Waylon’s Bar in Marion, Indiana, sets the scene of the touring musician playing in dive bars and run down venues and enjoying each time they do so. His gritty voice compliments the country rock genre nicely, just as well as it compliments the more classic country style of follow up songs ‘Old Before My Time’ and ‘Rock Bottom’. Although following traditional country trends in the songwriting of these songs, Williams brings his own authentic sense to them.

The album on the whole tells the story of Williams personal journey to inner peace. Speaking on the album he said: “Before I made my first record, I had not toured. I had no road band and a very slim amount of experience in the studio. These past 4 years since leaving Big Machine to become fully independent, and the release of ‘Better Than Myself’ has been a whirlwind. I’m very glad that I waited 5 years to make another record because it’s given me time to really find my voice as a songwriter, experience life on the road and all the pain and joy that has come my way in more ways than one.”

Title track ‘Waging Peace’ is an atmospheric anthem all about finding peace and optimism within yourself in this world, amongst the troubled times we live in, as well as the guilt one may hang on to; the feeling that we are our own worst enemies but the fact that we need to make changes to better ourselves and get the most from life.

‘Conspiracy’ is driven by a solid beat and will encapsulate a live audience with its energy and built up choruses where as ‘The Best Thing’ will be enjoyed by classic country fans with Williams vocals similar to Merle and Willie’s style and a harmonica and slide guitar intertwining to create an extended musical interlude really brings the song together. ‘Double Nickel’ stays in the same lane as classic country but speeds things up with its single coil guitar chicken pickin’ and train drum beat which will keep your feet tapping; a dark horse for being a top three on the album.

Acoustically delivered ‘The Struggle’ is potentially the best on the album, a simply written song about the journey through life. Sometimes country music can become too complicated these days and going back to four chords and the truth works effortlessly for Williams with this number. The album ends on the slow burning ‘The Vice’ and although the record teeters between genres and styles, it is a seamless affair with the quality of the music staying constant throughout.