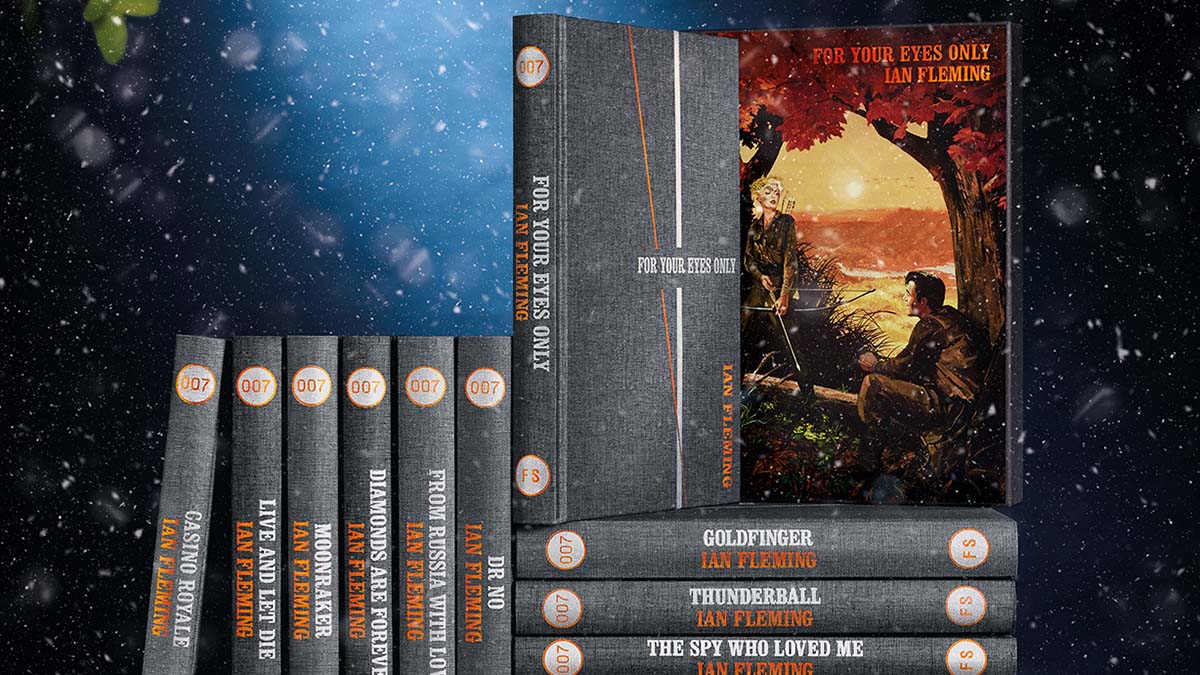 The Folio Society James Bond collection is illustrated by Fay Dalton and exclusively available from foliosociety.com
Prev1 of 14Next
Use your ← → (arrow) keys to browse

I grew up with the James Bond novels. This was in the 1980s, long after author Ian Fleming’s death in 1964. The short, punchy tales of espionage were the most exciting books I found to read by the age of twelve. In a few short years I had devoured at least half of them. Then, for some reason, I moved on to other interests. But that nostalgia for the rich, colourful world Ian Fleming created never went away. When The Folio Society started to release high-quality collectors’ editions of each of Ian Fleming’s titles, my enthusiasm for these tales was rekindled as an adult. Each title is enlivened with period illustrations by Fay Dalton that reimagine what Bond looked like as described by Fleming, rather than influenced by the films. This helps enormously to immerse yourself in the mind of the author.

Truly, the reading experience is different with the space of a few decades of time. I know know more about the Cold War, and understand why there were so many Russian villains in the Bond stories. I can also distinguish between the titles that were exquisitely plotted and those that were more contrived. I know more about the fascinating author now, too. He was from good stock. His father, who was killed during World War Two, had served with Winston Churchill, who wrote his obituary. Fleming also had an adventurous life, and the James Bond novels draw directly on his own experiences.

Even the less satisfying titles still retain Fleming’s economic, precise prose that is a joy to experience. Few writers could capture ordinary details about tobacco or alcohol (vices of the author’s as well as his literary hero’s) quite like Fleming. Golf bores me to tears, yet when Bond goes up against the cheating Goldfinger, it’s funny, gripping and intriguing all at once. On a recent holiday, I read ‘The Man With the Golden Gun’ from start to finish in a single sitting on the plane. As Fleming’s last completed novel when his health was declining, the plot is a mess. Yet I was hooked. There are very few authors who capture me in quite this way. Join me on a trip through every one of Ian Fleming’s James Bond novels, all of which are now available from The Folio Society. Take a look at their full range exclusively at foliosociety.com/bond, and read on for a brief overview of every title.

Prev1 of 14Next
Use your ← → (arrow) keys to browse
In this article:Featured, Ian Fleming, James Bond, The Folio Society