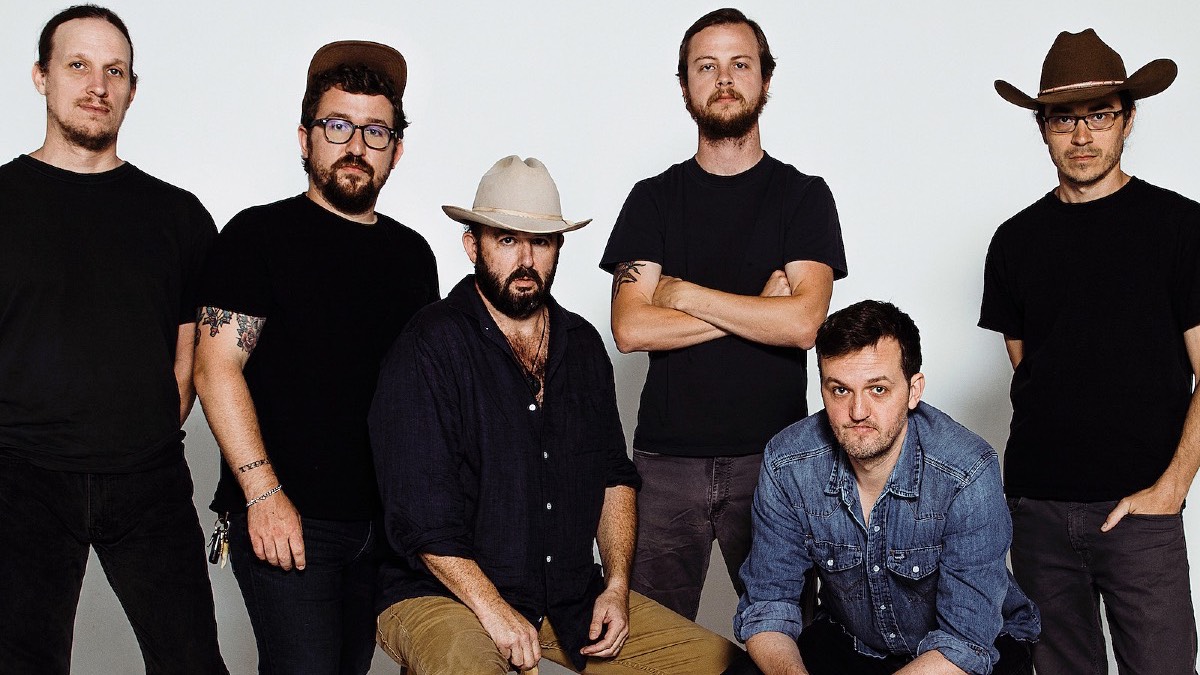 Combining eastern US mountain music with a mid-west honkytonk heart, North Carolina band, Town Mountain’s ‘Lines in the Levee’ album (New West Records) is a hardworking blend of bluegrass, altcountry and folk music, drawing on their Appalachian heritage to bring you life and death in eleven songs.

The six members of Town Mountain – Phil Barker, Bobby Britt, Robert Greer, Jesse Langlais, Miles Miller and Zach Smith – have a decade of performing on stages across the US and they acknowledge this is a sound they’ve been working towards, citing influences as varied as Grateful Dead, Chuck Berry, Townes Van Zandt and Bill Monroe.

There are some stand out tracks in the forty-five minutes of music, including ‘Firebound Road’, released previously as a single alongside title track ‘Lines In The Levee’ and ‘Seasons Don’t Change’ is an engaging, upbeat dance hall song of a track that draws on their on-the-road experiences and demonstrates their deft lyrical ability.

‘Rene’ is a stunningly beautiful ballad, lamenting loss while at the same time portraying strength, with lyrics such as, “Ain’t much a man can do when his road twists and turns/hold tight to the wheel boy and steady on the curve” and then later, “if I should fall out on the road so many miles from home/please know that I’m not leaving, no you’ll never be alone/be the tall trees on the mountain when you see them nod and sway”.  Juxtapositions, nature and string-driving rhythm gives this song a deeper resonance than a four minute song normally permits; this is a hell of a string band.

‘Season’s Don’t Change’ is a pure mountain song, with a great fiddle solo at the end of the track, which I don’t think I’ve heard outside Charlie Daniels’ The Devil Came Down To Georgia.

A Tex-Mex Cantina border sound is the focus of ‘Daydream Quarantina’.  After a performance hiatus, the band can’t wait to raise Cain and ring Hell’s Bells once more. And I bet they do.

‘Unsung Heroes’ is an epic song in content, sounding far longer than its four and a half-minutes would suggest, with a larger-than-life hook, “in a hundred years, it won’t matter anymore” while ‘American Family’ is an upbeat, glass-raising, quick step of a song and just another demonstration of their literary lyrical prowess.

Town Mountain’s Lines In The Levee is an album full of emotive fiddle, relatable lyrics and succulent strings.