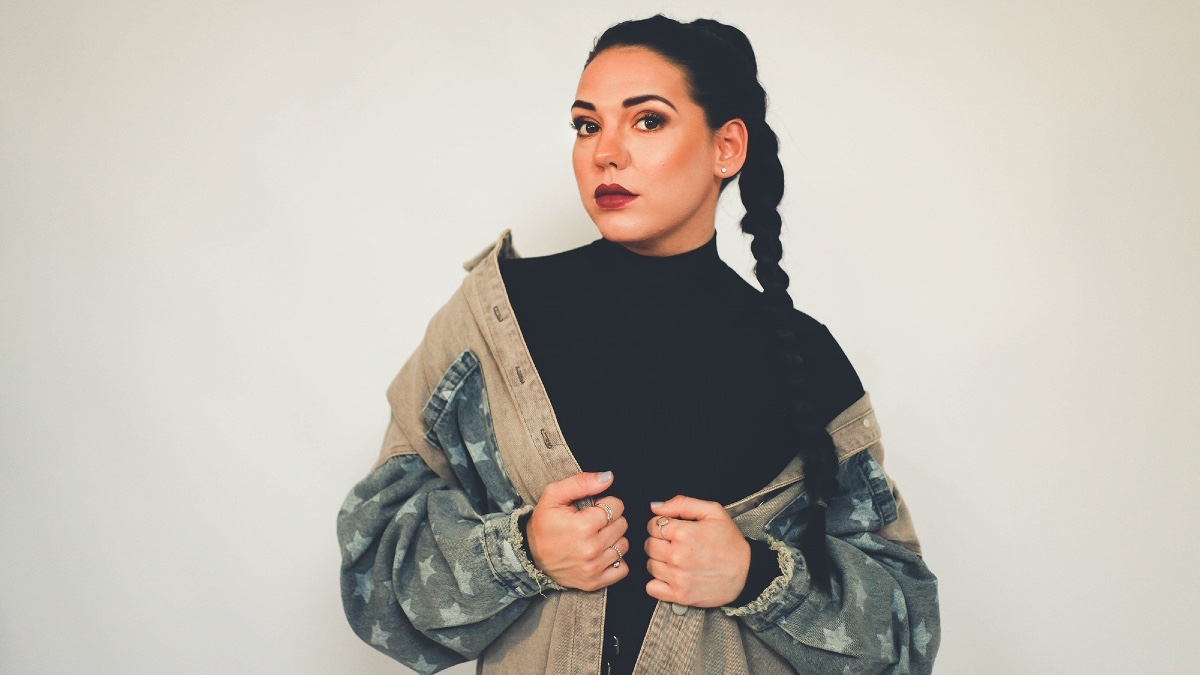 Jade Helliwell’s world burst open in 2017 when a video of her singing with a busker on a night in Leeds went viral. It quickly amassed 23 million views across Facebook and YouTube, and her previously released EP ‘Forget the Night’ shot back into the UK charts, reaching #1 in the country charts and #8 in the official charts. Further releases like her ‘Infatuation’ EP and songs like ‘Telephone’ and ‘Smoke’ only served to cement her position as one of the leading lights on the UK Country scene in the years since.

Last November Jade was voted the BCMA Female Vocalist of the Year for the third time and she brought 2021 to a close with the ‘Girl Country UK Tour’, a triumphant co-headline with Kezia Gill. After a full summer of festivals, including appearances at Smoke & Fire Fest, The Long Road, Millport Festival and Nashville Nights in Denmark, she launched a successful Kickstarter campaign where fans helped her raise over £11,000 to record this new record, ‘Woman’, which will credit songwriters such as Jon Stone, Chris Gelbuda, Wade Kirby, Laura Oakes and Jess Thristan.

One listen to ‘Woman’ will convince you that this is easily Jade Helliwell’s strongest and most consistent piece of work to date. It opens with, for what is for all intents and purposes, the title track. ‘Woman I Am’ sets the scene nicely with its big vocals and big ambitions. It’s an empowering, uplifting anthem that focuses on resilience and strength as Helliwell explores self-worth. The end, repeating mantra of ‘I am a woman’ is a powerful way to close down a song and will be a pivotal part of her live set for years to come.

Elsewhere, there is a terrific mix of Carrie Underwood style Pop/ Power Country at play on this EP mixed with hints of artists like Carly Pearce and Tenille Arts. ‘Drink This Wine’ wouldn’t be out of place on a Carly Pearce album. It’s a big piano ballad in which Helliwell encourages a guy to come and have a drink with her as they both work to get over failed relationships. ‘Why hurt alone when we can hurt together?’ she asks. The vocals here are strong and the story relatable and you are left wondering how the night progressed once both of them had had a few drinks!. ‘Nothing But the Radio’, which is the best song on the EP, leaves you in no doubt, however, as to where that particular evening goes! It is an atmospheric, sultry anthem that builds to a tremendous chorus. Huge, Carrie-Undwerwood style vibes abound as Helliwell sings, ‘It ain’t lady-like but that’s alright’, with a naughty glint in her eyes! A cracking guitar solo only serves to uplift what is already an excellent, radio-worthy song.

If radio hits and commercial Country is your thing then look no further than ‘Undercover’. This is a great Pop song with a little Country magic sprinkled around the edges. Here we find Helliwell examining the nuances of male-female relationships again as she sings, ‘You’ve been acting like you love me on a Saturday night then when Monday rolls around I know something just ain’t right.’ Another great guitar solo and a vibe that hints towards an 80s style production means the song is reminiscent of artists like Berlin, Roxette, Belinda Carlisle, Anastacia and maybe even an artist like Lucie Silvas circa her ‘Breathe In’ album in the early noughties.

The kind of frustration that Helliwell airs on ‘Undercover’ seems to lead to resilience and empowered resolve on ‘Lead Me On’. Here we find her turning a negative relationship into something much more positive and empowering as she searches for ‘the place I’m meant to be’ on another big song with big ambitions and more slight 80s production values.

‘Woman’ is an apt name for this collection of powerful, intriguing and relatable songs. The nuances of the female experience are addressed in their many guises across the songs on offer here, but not from positions of weakness – oh no – there are no victims in Jade Helliwell’s world. The women in these songs are strong, confident people who know their own self-worth as well as what and who they want. They take no prisoners and suffer no fools, liars, gaslighters or cheats. What a fabulous message to put out there on this fabulous set of classy, melodic songs.

Track list: 1. Woman I Am 2. Lead Me On 3. Drink This Wine 4. Nothing But the Radio 5. Undercover Record Label: Self Produced Release Date: 7th October Buy ‘Woman’ Now