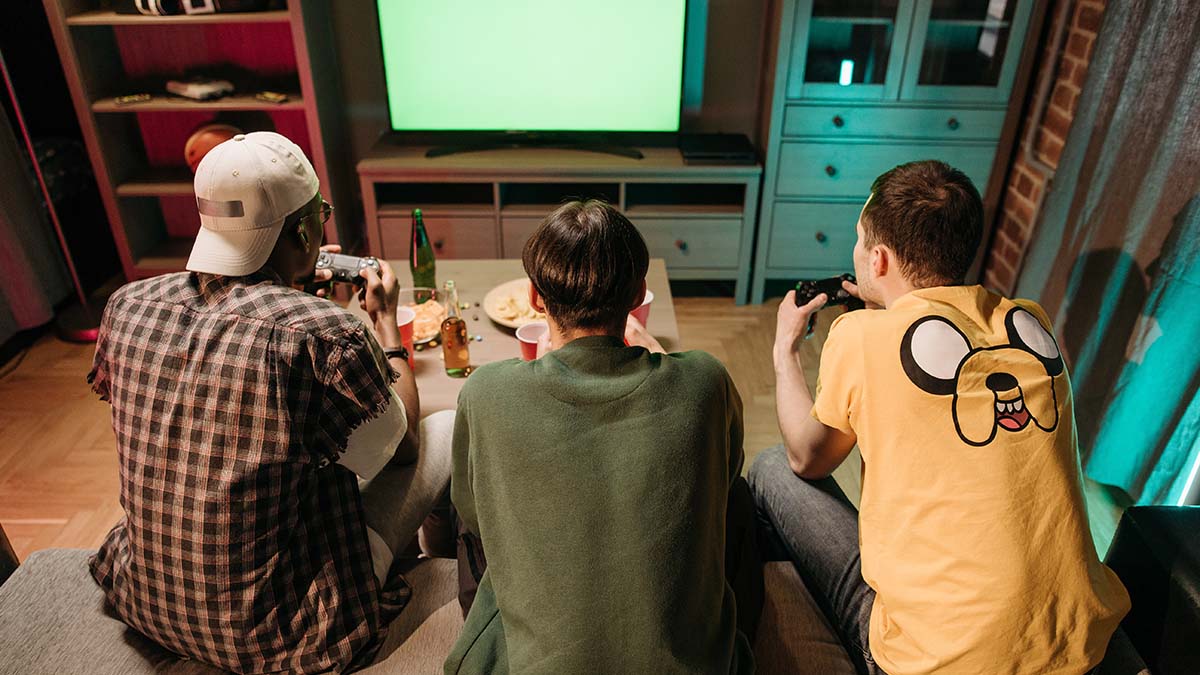 Autumn may be grey and gloomy, but you can always make it cosy and lively with gaming.

Gaming’s always worth trying once you immerse yourself in the many online choices. Popular ever-growing gaming marketplaces like Eneba that are digital, middlemen-free, and, of course, perpetually available allow you to do so.

Don’t forget about the exciting bonuses of staying at home during rainy days of autumn with gaming!

Gate to a sea of titles

Finding a video game that matches your interests, character, and pace is not an easy task to do. Sometimes it itself becomes part of the process of ups and downs. Just like finding a perfect movie to binge on can consume hours (which is both exciting and exhausting), the same is with suitable titles. Consequently, gaming consoles offer their extra game package cards, of which the most widely-known is the Xbox Game Pass. Having been launched in 2017 (already 5 years ago!), the service is extensively tested by all sorts of gamers and, most importantly, broad audiences correspondingly. Xbox Game Pass is your way out if you’re picky, a newcomer, or just want to check what’s out there in the assortment of more than 100 video games for a modest price of no more than 10 pounds a month! Discover this autumn’s most anticipated titles – from Scorn to Humankind and Evil West yet don’t forget the legendary ones.

Always works as a gift

Undoubtedly, gaming doesn’t have to be limited to the assortment of choices generated by someone. If you know your needs and interests well, finding a great video game to purchase might not be the most challenging task for you. However, sometimes finding the sources is what causes more trouble. Gaming doesn’t have to be expensive, it doesn’t have to be one’s daily purchase if that’s the case, and moreover, there are alternative ways to regard it. Why not look at it as a gift? Gaming gift card options already exist, so all you need to do is pick a meaningful occasion for yourself or someone you know who may be interested in gaming. It’s not unclever to have a say about your wishes too, just like you used to do with Santa Claus before Christmas. And gift cards can be something you have had on your wishlist. There’s no shame in that – just think, what PS owner wouldn’t like a Playstation gift card, for instance?

It is by no coincidence that the latter example doesn’t involve Xbox. By gradually turning to the second musketeer, Playstation, we can now switch to the third, some may even say the last, musketeer in the console gaming market – Nintendo. One of the first gaming consoles to arise, a.k.a. one of the old-school ones, Nintendo has received and shaped its audience over time. The console is the exact prototype of what gaming was in the early days but also now: from classical 1984 Tetris to the newest Legend of Zelda and Super Mario games, which never get too old. Like other gaming consoles, Nintendo has its own subscription service – Nintendo online membership. Whether you’re on a tight budget or simply wondering to discover the gaming possibilities easier, opt for a subscription – it includes extra “free” video games and services like online multiplayer.

In brief, there are at least three ways to start playing video games and finding them more effectively. Want more at the same time? Game pass is a rare opportunity, but it’s a must-try if you own a PS or an Xbox. Saving budget? Make gaming more occasional and a gift-like experience. Want to have all combined in one – services and “free” titles? Opt for a membership. Notwithstanding the gaming device, you are the one to determine your journey, and there’s always a chance to make things better in every scenario.