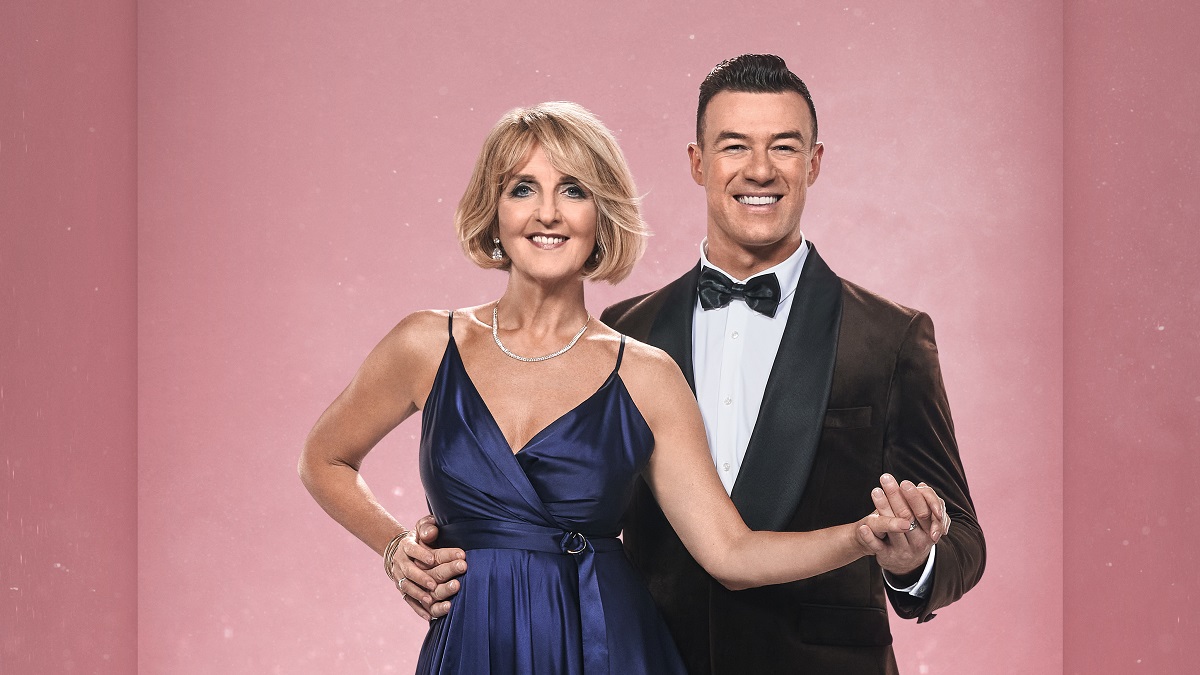 After scoring a total of 43 from the judges for her first two routines, TV presenter Kaye and her professional partner Kai Widdrington found herself facing singer-songwriter Matt Goss and his partner Nadiya Bychkova in the dreaded dance-off, as the two celebrities with the lowest overall scores once the public’s votes had been added.

Both couples then danced again in a bid to impress the judges – Craig Revel Horwood, Motsi Mabuse, Anton Du Beke and head judge Shirley Ballas – and remain in the competition. Kaye and Kai danced their Charleston to Dorothy Provine’s ‘Music! Music! Music’, whilst Matt and Nadiya performed their Samba to ‘Night Fever’ by the Bee Gees.

Craig, Motsi and Anton all chose to save Matt and Nadiya, meaning Kaye and Kai were sent home due to the majority vote, but head judge Shirley said she would have chosen to save Kaye and Kai.

When asked by presenter Tess Daly about their time on the show, Kaye said: “It was the right result and I did make mistakes, and when it comes to that high pressured situation that’s what happens. So I am delighted for Matt and Nadiya. The only person I am just sorry for is this wonderful man [Kai], who has just been so brilliant. It was a hell of a lot of fun. I said my ambition was to learn to love to dance, and actually I have seen a whole new side to myself, it’s opened a little door. It’s been a wonderful experience and to spend time with such talented people who love the show so much has been a joy!”

Kai also had high praise for Kaye, saying: “Well, you know, only we know how much real hard work has gone into this. There has been lots of ups and downs and we won’t go into them, but this lady is a trooper, and I know what she’s been going through in the week. For this woman to come out and give the performance that she did tonight really shows the testament to her character. I am proud of you, I know that your girls and your other half are proud of you, but the most important thing is that you should be proud of yourself, because you are a superstar.”

With Tess Daly and co-presenter Claudia Winkleman guiding us through proceedings, as well as the dance-off, Sunday’s results show also featured a fantastic routine from Strictly’s professional dancers, set in the world of fashion and danced to a medley of ‘Need You Tonight’ by INXS and ‘About Damn Time’ by Lizzo. Legendary singer-songwriter Robbie Williams also appeared, performing his hit song ‘She’s The One’.

With this first departure, the competition is now definitely on, with the remaining 14 couples back next week to fight for their place in the competition as part of the show’s Movie Week Special.

Strictly Come Dancing returns on Saturday 8th October at 6:30pm with the results show on Sunday 9th October at 7:20pm on BBC One and BBC iPlayer.

In this article:Featured, Strictly Come Dancing