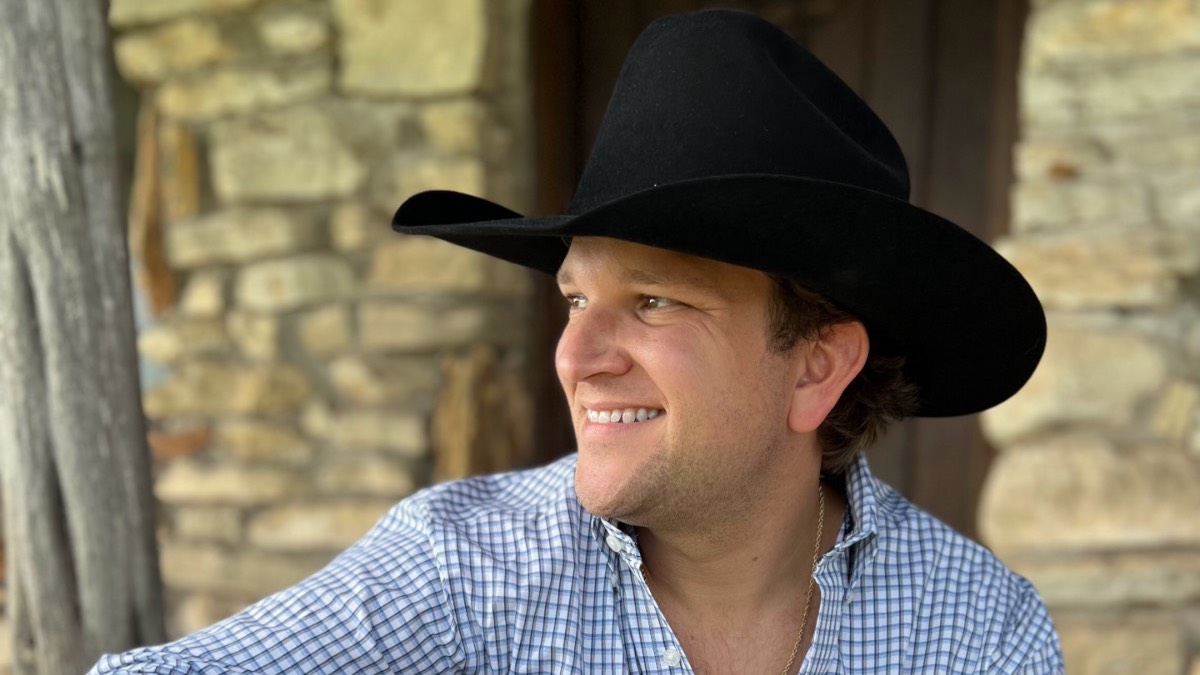 David Adam Byrnes has just taken ‘One Honky Tonk Town’ to number one on the Texas Regional Radio chart. Big deal, you might say but it is a big deal. Not only is ‘One Honky Tonk Town’ Byrnes’ seventh straight number one on this chart but he is the only artist to achieve this feat in the charts’ 18 year history! With 10 million total streams and a double win at the 2022 Arkansas Country Music Awards for Entertainer of the Year and Male Vocalist of the Year, Byrnes’ career is on the rise so it is the perfect time for this talented artist to be releasing his new album, ‘Keep up With the Cowgirl’.

One listen to ‘Keep Up With the Cowgirl’ will leave you smiling, ready to dance and eager to press play again on another listen. There is a timelessness to the music on offer here. 90s leaning Country music driven by Byrnes’ rich vocals and the kind of fiddles and steel guitars that Nashville radio left behind many years ago. Think Garth Brooks, think classic Trace Adkins, think Texas and you’ll be somewhere in the ballpark. Refreshingly retro – can that be a genre now? Please? If so, David Adam Byrnes is one of its foremost proponents now alongside Kimberly Kelly, whose ‘I’ll Tell You What’s Gonna Happen’ was released to glowing reviews (from us) earlier in the year.

If it’s uptempo classic Country with a Texan bent to it that floats your boat then look no further than the first three songs on ‘Keep Up With the Cowgirl’. The title track opens proceedings with a fiddle driven romp and chugging guitars. A cracking guitar solo and a fist-pumping beat as Byrnes sings about a girl that ‘Might put a little wild in your world if you can keep up with the cowgirl!’ This powerful track is then followed by ‘Smallest Town on Earth’ and ‘One Honky Tonk Town’. Both songs detail a post-relationship life of frustration in towns where you just can’t get away from the influence of your ex. ‘Smallest Town…’ is a relatable, uptempo song dripping in classic steel guitar whilst ‘One Honky Tonk Town’ channels ‘In Pieces’ era Garth Brooks in both the cadence and the melody of this terrific song.

No Country music album is without its drinking songs and ‘Keep Up With the Cowgirl’ has two. ‘Past My Bud Time’ is a light-hearted, clever look at being ‘over-worked and beer deprived,’ whilst ‘Cold Beet Time’ vibes on everything from Garth Brooks, to George Strait as Byrnes sings about fishing then football and then eventually beer! Both songs channel the 90s in a big way but in that refreshingly retro way that seems both fresh and effervescent in an industry that doesn’t shine enough of a light on what Country music used to sound like.

A couple of ballads in the shape of ‘I Find a Reason’ and ‘Accidents’ serve as an amuse-bouche and palate cleanser amongst all the fiddles, guitars and pumping beats. The former is a delightful ballad dripping in late-night bar room feels and a kind of drunken sing-song cadence that takes us back into that post-relationship world of fellow songs ‘Smallest Town on Earth’ and ‘One Honky Tonk Town’ as Byrnes struggles to move on after a break up. ‘Accidents’, meanwhile, sees Byrnes tipping his hat to the heavens a little as he hints that it is faith that causes all the good things in life to happen rather than fate.

The most obviously commercial track on ‘Keeping Up With the Cowgirl’ is the very melodic, ‘Like I’m Elvis’. The song was originally recorded by Air Supply front man Russell Hitchcock back in 2011 on his ‘Tennessee: The Nashville Sessions’ album. Here it is re-imagined as a slick, Texan Country Pop song reminiscent of an artist like Aaron Watson. It’s a love song song designed to be sung at full volume in the shower as Byrnes sings, ‘We might not ever have a mansion in Memphis but she loves me like I’m Elvis.’ Nashville radio stations – take note and make your playlists a little more refreshingly retro please!

‘Keep Up With the Cowgirl’ is a sheer delight. It’s dripping in 90s vibes, fiddles and steel guitars but it is the sparkle, shine and talent that David Adam Byrnes brings to these songs that make them stand out amongst the sea of regional artists doing the same thing. He really is a unicorn of an artist and as long as he keeps serving up this kind of refreshingly retro Country music there will always be crowd out there for him, whether he gets attention and noise from Nashville or not. Press play on this album, sit back and enjoy. You’ll be pressing play again straight after as you fall back into Byrnes’ rich, clever, relatable world. ‘Keep Up With the Cowgirl’? You should be really trying to keep up with David Adam Byrnes.

Track list: 1. Keep Up With the Cowgirl 2. Smallest Town on Earth 3. One Honky Tonk Town 4. I Find a Reason 5. Too Much Texas 6. Past My Bud Time 7. Like I’m Elvis 8. All I’m Missing 9. Better Love Next Time 10. A Shot or Two 11. Accidents 12. Cold Beer Time 13. I Find a Reason (Acoustic) 14. Better Love Next Time (Acoustic) 15. Accidents (Acoustic) 16. Everything That Glitters is Not Gold (Acoustic) Record Label: Reviver Entertainment Group Release Date: 30th September Buy ‘Keep Up With the Cowgirl’ now

In this article:David Adam Byrnes