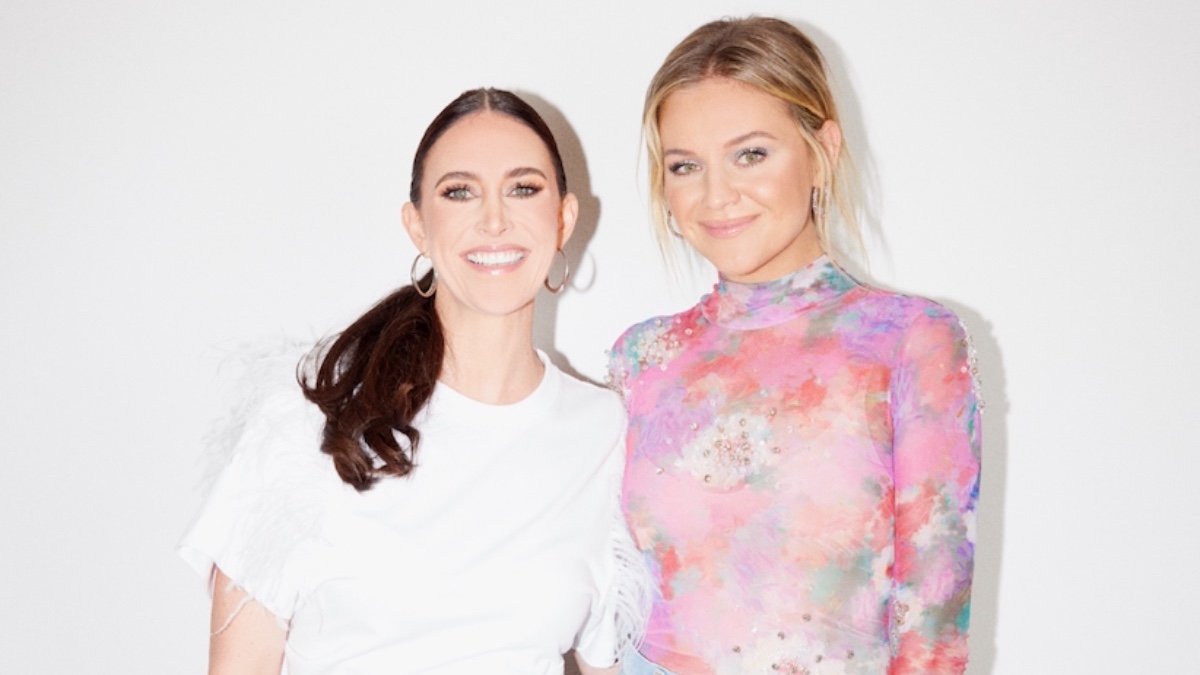 Kelsea Ballerini joins ‘Today’s Country Radio’ with Kelleigh Bannen to celebrate the release of her album ‘Subject to Change’’ Kelsea breaks down the power of change and her relationship to it, the impact of role models in her life and the power of female friendships.

Tune in and listen to the episode in-full anytime on-demand at apple.co/_TodaysCountry.

Kelsea Ballerini on her new approach in being a role model

Kelsea Ballerini on naming her album ‘Subject to Change’

I knew that the record was going to be called ‘Subject to Change’ before I had the song. I was listening through to the demos that I had collected over the year and a half of writing. And that’s kind of always my process. I listen through and let the songs tell me what the story is. Because I don’t ever want to write for a specific theme. I want to write about my life and then, see what the theme is. And the theme was change and evolution and growing up and a lot of contrast within that and juxtaposition within that. And I loved the idea that we’ve all been really challenged by change the last several years, and change that’s really out of our control, and change that’s kept us at home, and all of that stuff.

Kelsea Ballerini on taking the power away from change

I loved the idea of [change] being such a relatable universal topic. But for me, I’ve always been really scared of change, because it’s been something that has influenced my life in ways that I don’t always love or that I’m not always ready for. And I liked the idea of making a record, and especially starting a record, with a song that says like, “But what if we take the power away from change? And what if we go, “it’s inevitable. It’s going to happen?” And whether it’s bad change or good change, it’s meant to happen for me in my life and where I’m supposed to get to.” And when you take the power away from it and the fear of change away from it and you just open your arms up to it, you start living.

‘If You Go Down….’ is the last song we wrote for the record. And I was sitting around with Shane [McAnally] and Julian [Bunetta] and we had already cut most of the songs. So we called it the Hail Mary Day. We’re like, “Just in case there’s anything else in the tank.” And I was like, “I don’t have a song for my friends. And they’re just such a part of my life.” But I also wanted some wit… I was like, I want there to be this witty Thelma and Louise anthem, where, when people come to my show with their girl gang, they can scream it with each other and I can honor my friends. And I can also have a tinge of like, “Oh, she listens to Crime Junkie.”

Kelsea Ballerini on taking ownership of cringe with ‘Doin’ My Best’

‘Doin’ My Best’ is a celebration of taking ownership of cringe. Because I think, when you’re just like, “These are the things in my life that you’ve seen that are chaotic. And I understand they’re chaotic. Trust me, I’m experiencing it. It’s more chaotic than you’ll ever know, but here it is. And I’m truly just doing my best.” And I think just taking ownership of that and just going, “I’m a human. Here it is.” There’s something that it was so freeing writing that song.

I had just written my book of poetry, which I felt like unlocked this need to be more transparent and dig deeper. And I felt like I was doing a disservice to myself and my own personal growth, to not have a song that was awkwardly honest on the record. And so, I asked my friend Alysa Vanderheym to send me a track. I was on vacation and I just word vomited stream of conscious everything that I wanted to take ownership of and that’s ‘Doin’ My Best’.

Kelsea Ballerini on what she’s learning in therapy

I think a lot of it is kind of tucked within this record, but I think a lot of it is just ownership, ownership of my life, accountability for feelings and growth and what my core values are, and making sure that I am surrounded by my real life, that is in line with that, and finding what’s important to me. What’s important to me now, as a newly 29-year-old, is very different than it was at 19. And so, I value balance. I never used to value that. I just wanted to be at the top of the food chain. And now, I’m like, “Oh, I would rather just have a vacation.” I would rather sit on the couch with my mom for a night than be photographed at a party with a cool person. I didn’t used to feel that way. And that’s gross to say out loud.

Kelsea Ballerini on deciding to make ‘You’re Drunk, Go Home Into a collaboration

I swore I was not going to have a collaboration on this record. I said it in interviews, but I just wanted to step back and claim my space again and be like, “I want to make a record about me and I don’t need people to help me tell a story right now. I just want to tell my own story and just get back to the basics.” And then, I wrote “You’re Drunk, Go Home’. And I was like, “Ay, ay, ay.” I loved the idea of having not one, but two, different voices, that have power and wit and sass.

Kelsea Ballerini on why she chose Carly Pearce and Kelly Clarkson to feature on ‘You’re Drunk, Go Home’

I was looking at my friendships, because I love collaborating with friends. And I was like, my first call was Carly. And without even hearing it, she said yes, because we just go so far back and we just have so much respect for each other. And we’re sweatpants friends. That’s how I categorize it now. It’s very offline friends as well. And then, I texted Kelly Clarkson the song and she did vocals that night. I’m also just [like], “That’s why you’re a superstar.”

Kelsea Ballerini on writing “Marilyn” by herself

“Marilyn’ is the first song I wrote for this album and I wrote it the summer of 2020, in, I feel like, the unraveling of all of our lives, of just taking the inventory, stepping back, being in the stillness. And to me, she is such a metaphor for, I can only speak for myself, but I feel like a very universal thought for us of just going like, “Man, we are conditioned. And we get met with a more celebratory response when we present beautifully.” And there is always so much more going on. And to me, she is just that metaphor. And it’s like, it’s kind of the bigger sister to “homecoming queen.”… And my favorite line in it is “I can see how it seemed through an LA silver screen. But I can also see how it’d drive me to pills.” Because I think it’s just like, you just look at how things seem and you just go like, “Wow, this is amazing. This looks great.” And then, you’re like, “There’s so much chaos beneath this.”

I have a really beautiful life. I’m so lucky. I’m so lucky. I have my dream career. I get to write about my life, which is so therapeutic, and then, share it with people. And they like it, for the most part. What a life. And there’s always more going on than that. And sometimes while promoting this album, I feel like a sociopath, because I’m presenting this thing I’m really proud of and I’m really happy to be in this chapter and putting this record out. But at the same time, there’s a lot going on in my life. So yeah, when I really look at it and I step back, which I’m doing a lot of recently, I’m like, I talk about this album, about it being a juxtaposition. And I’m in such a juxtaposition while putting it out. So of course, it’s like this.

Our review of ‘Subject to Change’ can be found at this link.