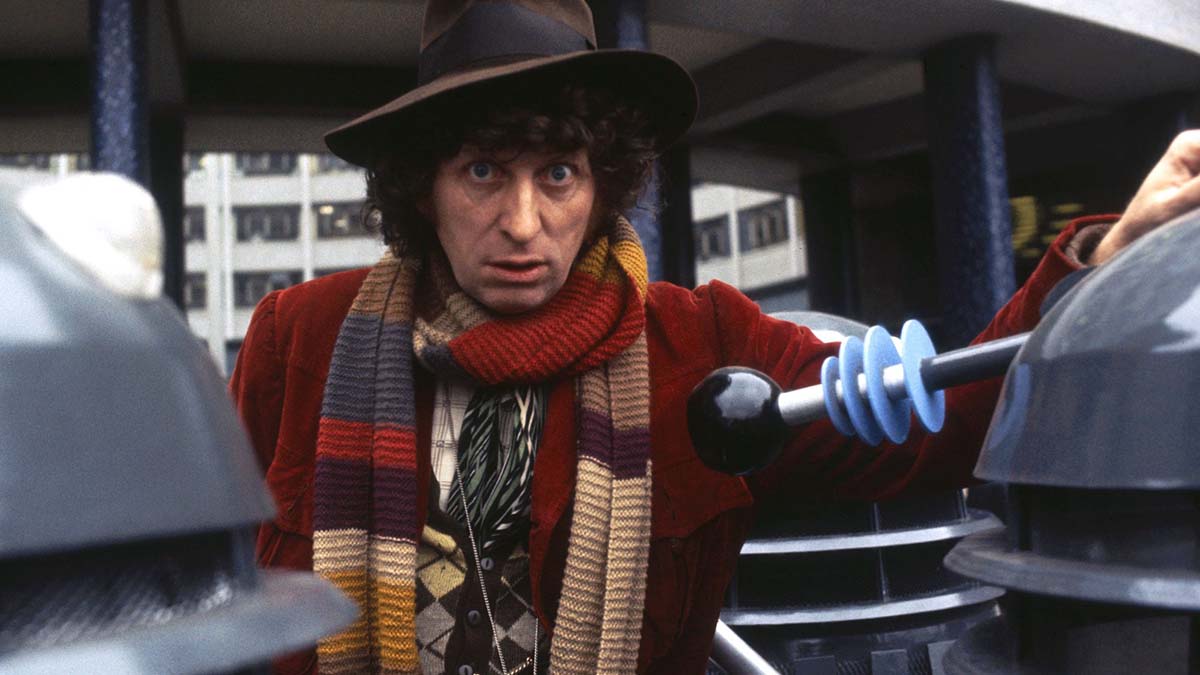 Our reviewer Greg Jameson, one third of ‘Doctor Who’ and cult British TV and film podcast ‘The Complete Menagerie‘, is embarked on a marathon mission to watch (or listen to) every single episode of classic ‘Doctor Who’ in order of transmission, including those from the 1960s still missing from the archives. That’s seven hundred episodes spanning seven Doctors across two and a half decades.

At the end of May, he posted his thoughts on Jon Pertwee’s tenure as the Third Doctor. Four long months later, he has reached the end of Tom Baker’s epic, sprawling seven-year stint. That’s another 178 episodes under his belt!

Prev1 of 13Next
Use your ← → (arrow) keys to browse
In this article:Doctor Who, Featured, Tom Baker