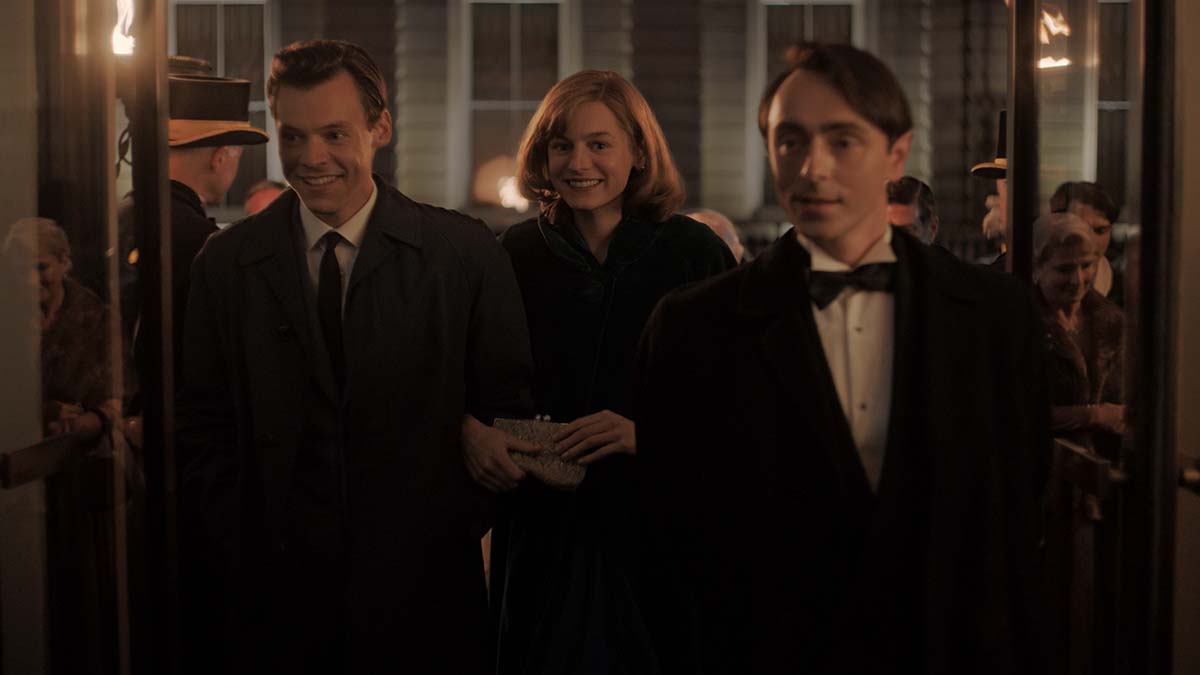 The official trailer has been released for director Michael Grandage’s upcoming film ‘My Policeman’.

Written by Ron Nyswaner and based on the book by Bethan Roberts, the film will have its European Premiere at at the 2022 London Film Festival on 15th October. It will then open in cinemas on 21st October and debut globally on Prime Video from 4th November.

Flashing forward to the 1990s, Tom (Linus Roache), Marion (Gina McKee), and Patrick (Rupert Everett) are still reeling with longing and regret, but now they have one last chance to repair the damage of the past.

In this article:Harry Styles, My Policeman, Prime Video