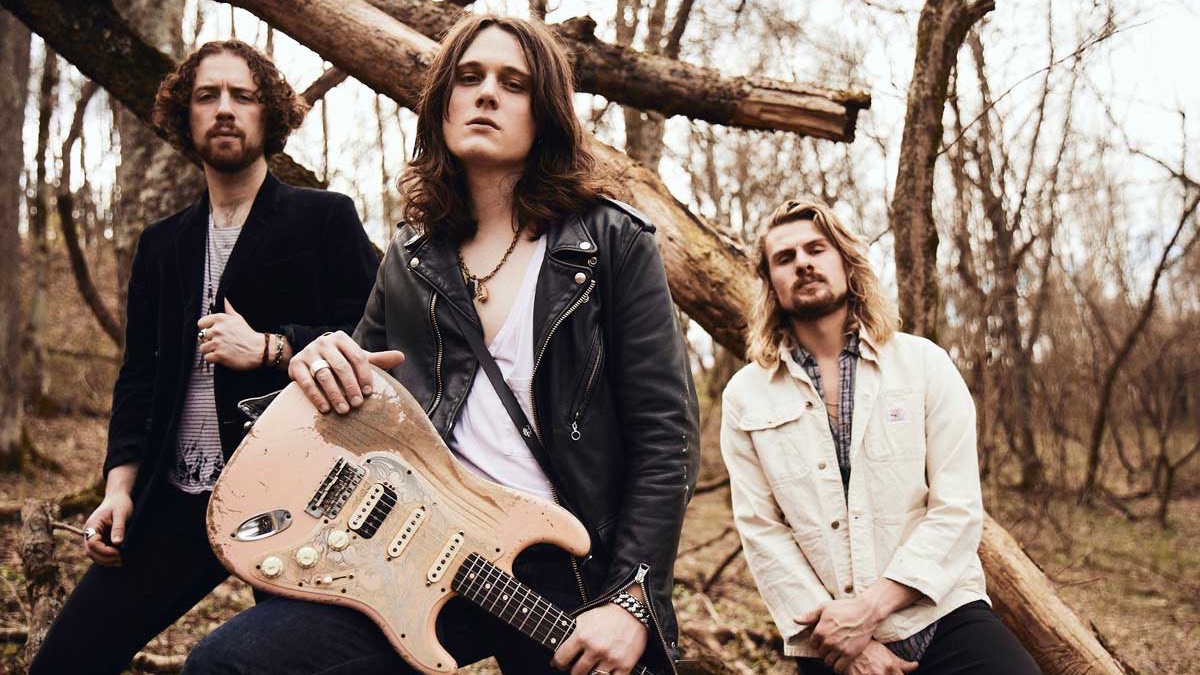 Tyler Bryant & The Shakedown have released their new album, ‘Shake The Roots’ on the band’s very own Rattle Shake Records. Featuring the lead singles ‘Ain’t None Watered Down’ and ‘Ghostrider’, the band’s latest studio effort sees them tapping into years of creative passion, shared wisdom, and old fashion grit and perspiration to deliver their most earnest work to date.

Speaking on the album Tyler said “with ‘Shake The Roots’, we wanted to be in the moment, honest, and try our best not to over-think anything. The whole concept of this record was to get back to our roots as a band and as individual musicians. We each got into music to have fun writing, recording and performing. With this record, we got to do just that’.

The proceedings are led by ‘Bare Bones’ which is anything but bare with a bluesy, gritty guitar lick introducing Bryant’s unique vocals. Having supported the likes of AC/DC and other rock greats, The Shakedown are no strangers to writing and performing punchy hooks which is apparent from the start of this twelve song record. With a blend of blues, rock and country the band say ‘when it comes to music, we don’t like it watered down. Anything worth having is worth having strong! That’s how we approach our shows. When you know people have travelled and made the effort to come rock with you, how could you not swing for the fence? With this band, there ain’t none watered down!’

On that note, the single ‘Ain’t None Watered Down’ is a story of ‘one badass lady’ in the words of Bryant himself and pushes the album along nicely; with more slide guitar featuring and lots of texture to keep this three piece interesting. Along with their full recorded sound, the band perform a full sounding live set; even as a three piece which is no mean feat.

‘Ghostrider’ brings with it a sense of the early 2000’s rock scene with fuzz guitar effects tied together with tom and kick heavy drum beats. Queens Of The Stone Age and Audioslave fans may enjoy this head banging track. It is also complimented by a well constructed, melodic guitar solo from the Stratocaster wielding frontman. Bryant says “Graham and I wrote ‘Ghostrider’ and recorded just about everything that you hear on it in a few hours. The only thing we didn’t nail was the drums. As soon as Caleb laid into that song, we knew it was gonna be a single for us. I get so excited every time it kicks in!”

‘Roots’  showcases the bands ability to write more radio friendly rock music although I think that undersells it as it’s a strong contender for best song on the album with it’s sing along chorus, engaging chord choices and vocally rich breakdowns. Saying that however ‘Off The Rails’ lends itself to the hard rock fans of years past with Angus Young-esque riffs and solos and could steal that title easily.

‘Hard Learned’ switches the tempo to a more relaxed style where as ‘Shackles’ infuses the album with chugging guitar riffs, reminiscent of 80’s metal bands (think Whitesnake, Dokken and Dio). What is apparent throughout though is that Bryant and The Shakedown have their own unique style and sound which should see them go far.

‘Tennessee’ is a homage to the bands homeland. ‘But if there’s one thing I know, no matter where I go, there ain’t no place like my sweet Tennessee’ and for visitors to the land of country music, I’m sure it’ll be agreed that Nashville and it’s respective state are as enjoyable and welcoming as Bryant makes them sound.

“Shake The Roots” is just a few good friends kicking around songideas, throwing up some mics, and going for takes that’ll make ya’ wanna turn your speakers up ’til they blow.

The album ends on ‘Midnight Oil’, a toe tapping bluesy number driven by a train rolling beat set to be a lively part of their upcoming tour set.

As previously mentioned, ’Shake The Roots’ has been released on the bands own record label, Rattle Shake Records, and Bryant sums it up well with ‘we wanted to start Rattle Shake Records to take more ownership of our art and share a sense of ownership with our supporters. We want our fans to know that when they buy, stream, or share our music, they are what is fuelling the Shakedown.’