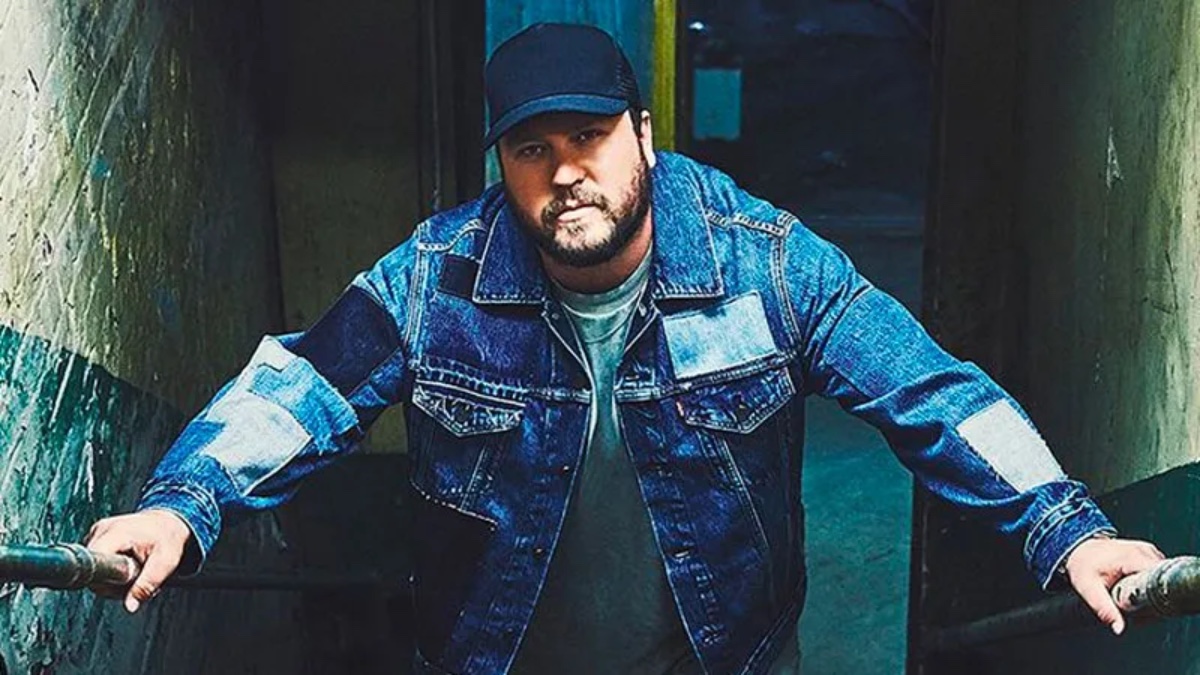 Ask anyone in Nashville who the best five singers in town are and I’ll bet you any amount of the money that the name that comes up amongst the most will be Mitchell Tenpenny. I’ve heard Bobby Bones say it, I’ve heard Jelly Roll, Chris Young and HARDY say it too. A strong debut album in ‘Telling All My Secrets’ which featured the number one smash, ‘Drunk Me’ was followed up by the ‘Midtown Diaries’ EP and a Christmas album too but it is on new album, ‘This is the Heavy’ that we find Tenpenny really finding his groove, sound and style as he puts aside a safe sonic soundscape in favour of something much more vibrant, unique and original.

At twenty tracks the album is way too long. I’ve said a similar thing on recent reviews of albums from the likes of Dylan Scott and Kane Brown. Once you pass the 12th, 13th song mark you can’t help but begin to get listener fatigue but then albums aren’t necessarily made for people like me anymore, who like to listen to music in the sequence the artist has chosen and experience the ebb and flow of a full album. Tenpenny has achieved something truly original across the twenty songs on offer on ‘This is the Heavy’ and I’ll drill down into why in this review. I would have given this album a full 5 star review (something that I have not done yet in 2022) because this is really a unique and original album, but it lost half a star because it does suffer from being too long and just a little ‘too much’, particularly in it’s final third.

At the heart of this special album is Mitchell Tenpenny’s voice, which is something truly unique in Country music. His range, his power and his tone are unmatched in the genre. Sure, Shay Mooney has the power and other singers have distinctive and strong voices but Tenpenny is a unicorn in Country music and you only have to listen to songs like ‘ Good Place’, ‘We Got History’ and current number one single, ‘Truth About You’ to see why.

‘Good Place’, for all intents and purposes the album opener, explodes out of the traps in a furious eruption of drums and chugging guitars. ‘We Got History’ channels a kind of military drumbeat and puts Tenpenny’s vocals front and centre whilst ‘Truth About You’ is a slick, smooth mid-tempo anthem that Tenpenny, once again, sings the hell out of. It also contains some of the cleverest lyrics on ‘This is the Heavy’ as Tenpenny says ‘There’s two sides to every break up, one’s a lie and one’s a truth…..if you quit telling lies about me then I won’t tell the truth about you.’

It doesn’t take too long once this album is up and running to see where the differences are between ‘This is the Heavy’ and ‘Telling All My Secrets’. The aforementioned drums have been ramped right up alongside 80s leaning production values which seem to elevate Tenpenny’s sonic soundscape all the way up to 11. Songs like ‘Sleeping Alone’ and ‘Obsession’ are great examples of this. The former, a song about trying to move on, could easily have been lifted from a myriad of 80s Pop/Rock albums. It also has the 59th infectious chorus on the album and a delightful melody that just begs to be sung along too. ‘Obsession’, meanwhile, channels everything from Rascal Flatts to artists like Roxette and A-Ha in what is simply three minutes of anthemic Country / Pop joy.

‘This is the Heavy’ is a wonderful mix of Country, Rock and Pop. A track like ‘Do You’, which could have been lifted right off Dan & Shay’s debut album, is replete with huge vocals and melodies all over the place whilst ‘Now We’re Talking’ is a smooth, 70s tinged Countrypolitan track that wouldn’t be out of place on a Lionel Richie album. Throw in ‘Happy and I Hate It’, with its 90s college rock meets Smash Mouth vibes and punky attitude and you’ve got some of the most original and diverse songs I’ve heard under the binding narrative of one single album in a long time.

It’s hard to pick out stand out tracks when the quality of so many songs on this album is so high but kudos must go to songs like ‘Losers’, ‘Bucket List’ and ‘Always Something With You’. ‘Losers’ will dominate the radio airwaves when Tenpenny sends it that way, with its nod to the Nashville bar where he fell in love. A now trademark Tenpenny explosive chorus brings this track to life wonderfully. ‘Bucket List’ is perhaps the most grown-up track on ‘This is the Heavy’. In the same way that tracks like ‘Humble and Kind’ and ‘Buy Dirt’ touch upon the human experience so does ‘Bucket List’. Singing to a friend or family member who has passed away, Tenpenny touches on ‘finding peace of mind in the time that the good lord gives’ us – all set against the backdrop of the huge vocals and wailing guitars. ‘Always Something With You’, meanwhile, opens with an 80s style Kenny G-esque saxophone before building to one of the strongest choruses of not only this album, but of the year 2022 in general. Slick, uptempo, classy Country / Pop.

Other notable unicorn moments? The potty-mouthed chorus of ‘More Than Whiskey Does’ which ensures it will never get sent to radio. The left-of-centre Latino beach vibes of ‘Miss You ‘Cause I’m Drinking’ and the darker, sexier rhythms of ‘Elephant in the Room’, which features a guest appearance from Teddy Swims and an answer to the question ‘What would Bruno Mars sound like if he did Country music?’

Every musician and every songwriter’s goal is to try and meld melody with meaning in a way that both touches people and yet shifts millions of units too. To be able to convey relatable emotions in a way that moves people but makes them want to sing their hearts out in the shower. On ‘This is the Heavy’ Mitchell Tenpenny has achieved that in some style. The more expansive sound and production of this album suits his style down to a tee and it gives Tenpenny the chance to really sing his heart out on song after song. Sure, there’s too many songs on this album – I would have held some back for a deluxe release next year – but what we have is simply outstanding in terms of the audacious goals that Tenpenny has aimed for and achieved in some style. It’s also worth noting that Tenpenny wrote or co-wrote every single one of these 20 tracks. Nashville should be proud to call him theirs.