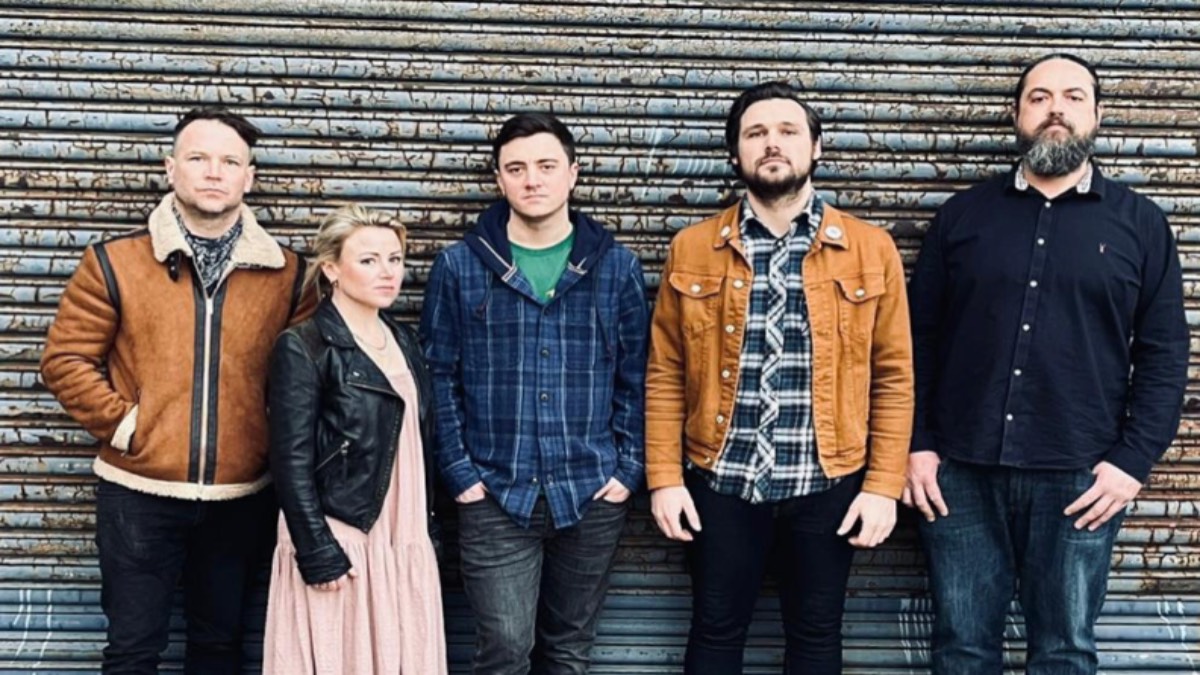 Hailing from Bath, Somerset in the UK, Concrete Prairie are set to release their debut self titled album. It’s a difficult decision when trying to categorise the record as it fits into the Americana box just as much at it fits into the folk, country and western genres too. It works being played in an English country pub or at times it could be inserted into a Spaghetti western soundtrack. Subject wise, the band tackle anything from London knife crime to the depression of living in a dreary English seaside town in winter. Lead singer and writer Joe Faulkner describes the band as “socially conscious, aware of the world around us, and not afraid to go down a Country-Folk avenue…or to rock out”.

The album kicks off with already released ‘Picking Up Pieces’, an optimistic yet bleak song about fatherhood; how fathers are there for their children even though it can be a tough journey at times. The sing along chorus ‘oh you know, yeah you do, when shit hits the fan, I’ll be the man who’s picking up pieces’ has a beautiful melody for fans to get involved with at live shows. In fact, the whole album is full of well written hooks and melodies; so many in fact, that the band have managed to find their way into Peter Gabriel’s Real World Studio’s to record this debut record.

‘Bury My Blues’ seems as relevant as ever in the current world of post pandemic, financially burdening, sad times with its focus on mental health struggles. Its development from a sad ballad into a toe tapping celebration of life is a welcome contrast though as a reminder everything will be ok in the end.

Concrete Prairie don’t shy away from the tougher subjects in songwriting with ‘Wine On My Mind’ influenced by the problems that Joe Faulkner’s mother, and all other addicts face and ‘Day By Day’ influenced by the sudden death of a young friend of Faulkner’s and Dan Burrow’s, but instead of being a lament, the band have transformed the experience into a gloriously jaunty, banjo and harmonica-backed song about making the most out of life.

The song that follows; ‘People Forget’ keeps the tempo high with a fast paced train beat rolling through each bar of the song and having spent time in the Bath pub scene in my University days, it’s easy to envision pints of scrumpy cider in the air and people dancing throughout the performance of this when the band play it live.

‘Time To Kill’ encapsulates the previously described in reviews ‘bruised Americana’ sound of the five piece. It is rough and ready as well as polished in it’s own way. The same can be said for ‘Winter Town’ which tells the story of an English resort town out of season. Each of the songs on the album hold authenticity as honest songs written by a hard working band.

The album ends with the epic ‘The Devil Dealt The Deck’, a song that deals with the obvious unfairness of some people’s lives, and the fact that it’s the luck of the draw as to where you’re born, and who your parents are. It’s a boldly philosophical subject to tackle, and the result is a boldly adventurous piece that’s over eight minutes long, starts slowly, builds up, fades away and ends as another rousing celebration of being alive, with twanging electric guitar and fiddle swapping solos.

Concrete Prairie are Joe Faulkner, lead singer, guitarist and harmonica player, second songwriter Adam Greeves on vocals , guitar, mandolin and harmonica, and Dan Burrows, who adds harmonies, and plays bass and banjo. Then there’s Georgia Browne on fiddle and Tom Hartley on drums. And why are they called Concrete Prairie? “It’s English but with the influence of Americana. The brutalism of a city combined with the image of a prairie…”