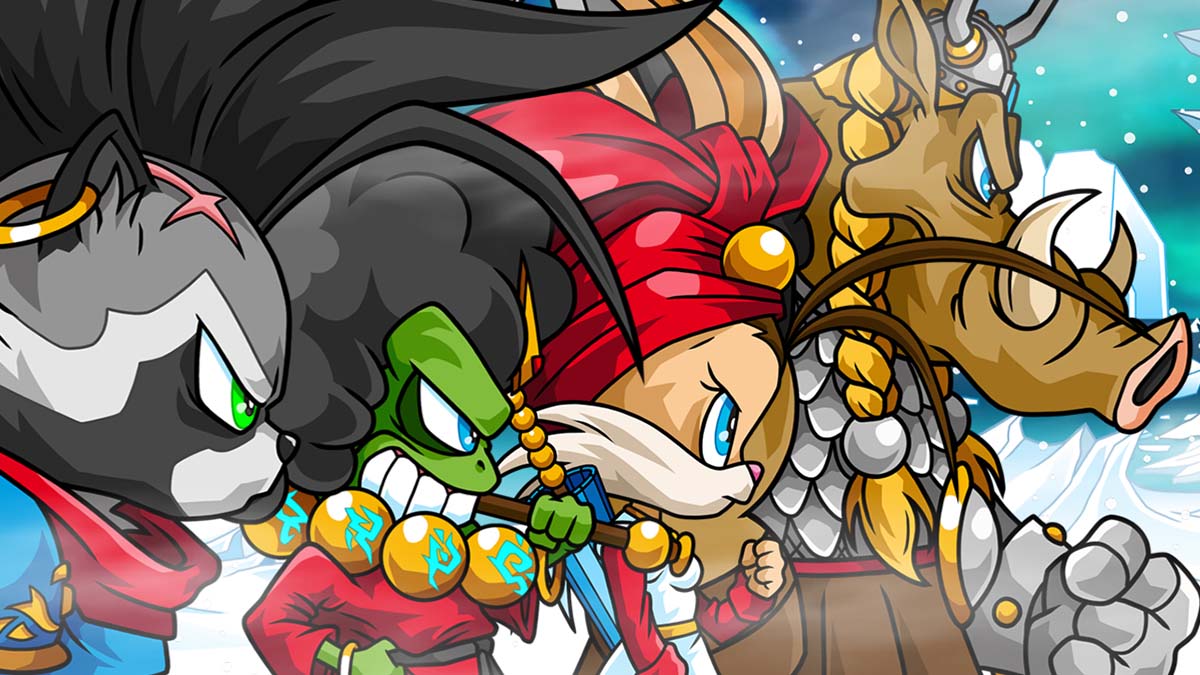 It will be available in online stores and retail, and a digital release for the Xbox family of consoles is planned for a later date.

Containing the soul of a powerful demon, the legendary Kusanagi Stone can grand godly powers to those who awaken it but has remained hidden over the centuries. Now, the wicked sorcerer Origami, destroyer of worlds and lord of darkness, has summoned ancient warriors to find the stone for him, cursing their souls and turning them into animals. Luckily, a mysterious monk called Ramen manages to save four warrior souls from Origami’s call: Hero, Baby, Jazz, and Aros, together are the Jitsu Squad!

Gamers can expect whacky-chaotic battles with the four unique members of the Jitsu Squad, either alone or with up to four people in co-op mode.

‘Jitsu Squad’ is a fast-paced fighting game inspired by old-school brawlers, paired with the intense and exciting fights of modern beat ‘em ups. Play alone or with up to four people in co-op mode against waves of enemies while amassing massive combo-chains and unleashing powerful and flashy super moves.

The game features a hand-drawn cartoon look and stunning visual effects along with music by Crush 40 singer Johnny Gioeli, famous for the iconic ‘Sonic The Hedgehog’ music.

Watch the trailer for ‘Jitsu Squad’ at the top of this article.