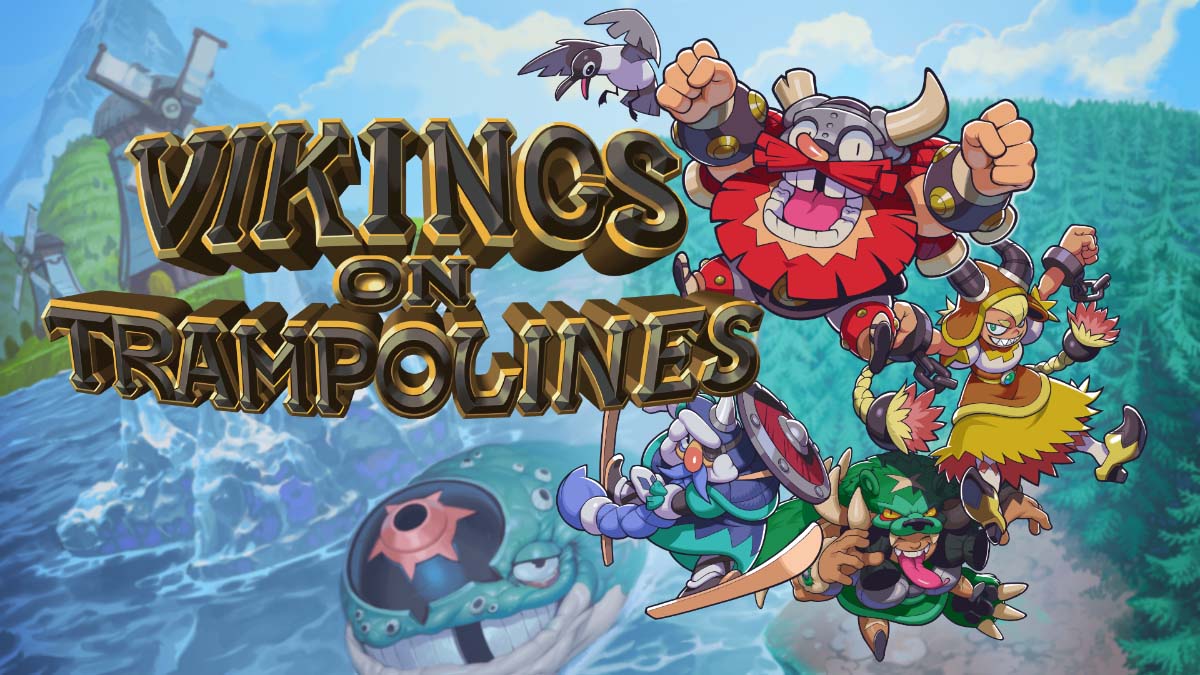 D-Pad Studio (‘Owlboy’) have launched the trailer for upcoming title ‘Vikings on Trampolines’.

The game will be released on PC and consoles, and it’s a 1-4 player co-op adventure where you and your friends will master the art of trampolining to keep your colourful cast of vikings bouncing safely in the air across a range of fun modes and mini-games, all rendered in the characteristically-stunning pixel-art of D-Pad Studio’s Simon S. Andersen.

Featuring a Story Mode that sets you on a quest to stop the gaseous villain Balloonie, as well as a head-to-head Versus Mode, ‘Vikings on Trampolines’ is packed with minigames, battles, mind-blowing bosses, balloon-soccer and more. All of this can be played with a single thumbstick, opening the game to players of all ages and ensuring that you can become a master of air-time in no-time!

‘Vikings on Trampolines’ Story Mode tasks you with rescuing King VI and reversing the Balloonie’s curse! You must learn the way of the trampoline and use your bouncy techniques as you square off against Balloonie’s brigade, including a roster of intimidating and unforgettable bosses full of personality.

There are a number of worlds to discover, each with various stages, challenges and bosses scattered across their continents. Unlock new modes and arenas to play in the Versus Mode as you progress.

“’Vikings on Trampolines’ began life as one of our small experimental projects, which won the first Nordic Games Indie Sensation Award back in 2011,” said D-Pad Studio’s Jo-Remi Madsen. “After releasing Owlboy, we’ve since returned to the idea and developed it into a fun, fully-fledged, co-op adventure! Between Simon’s incredible art, an awesome soundtrack and a unique concept, we aim to deliver a game bursting with the character and quality D-Pad Studio is known for.”

Watch the announcement trailer at the top of this article.

In this article:Vikings on Trampolines