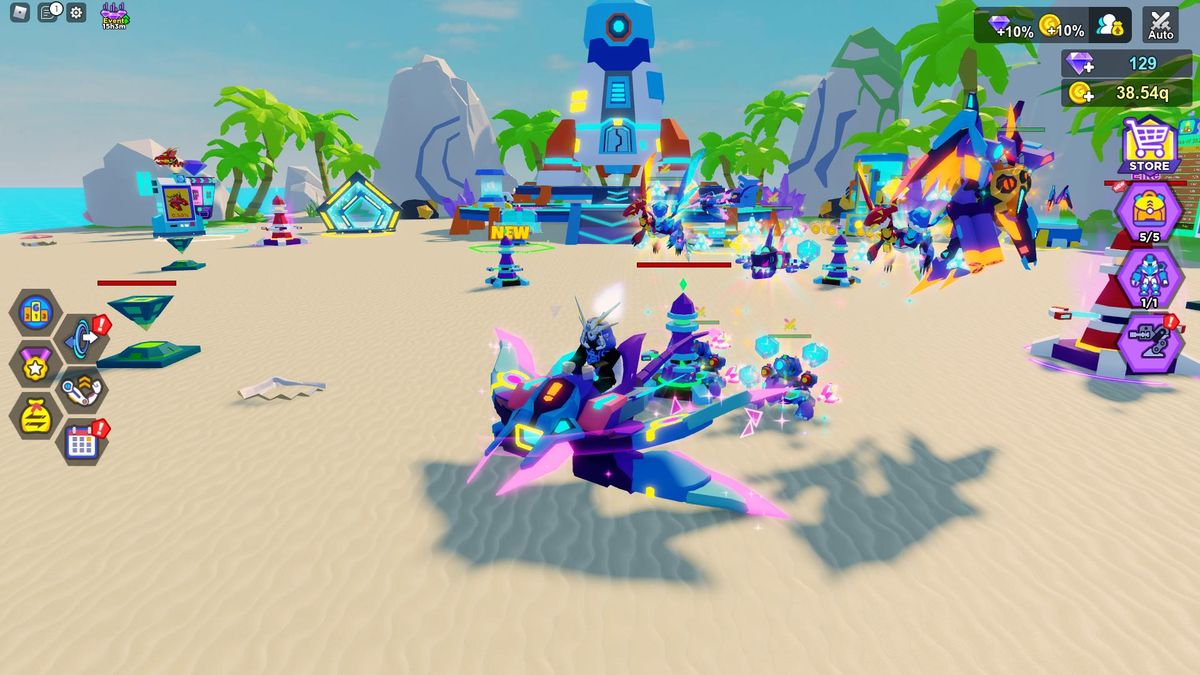 It doesn’t seem that long since Bot Clash was released on Roblox yet here we are at the 17th week of continual updates! The guys at Wild Explorers simply don’t know how to take a break!

Update 17 adds a whole new world to explore in the form of the Tropical Island. This environment is a nice change from the previously dreary worlds with its bright colours and seaside theme almost giving it a sense of joy!

As you would expect, the new world comes with a new boss to defeat plus an entirely new set of bots to unlock. In rarity order the new bots are ‘Starfish’ ‘Seahare’ ‘Hermit Crab’ ‘Clown Fish”Red Claws’ and the mythical ‘Marine Predator’.

To see the update in action check out our video below:

There is yet another new mount, the Mechray is a robot stingray that will give your team significant buffs whilst in the tropical island areas but once again this only available with robux.

Finally, there have been some quality of life improvements, the most significant being the addition of an auto farm function for the crypt