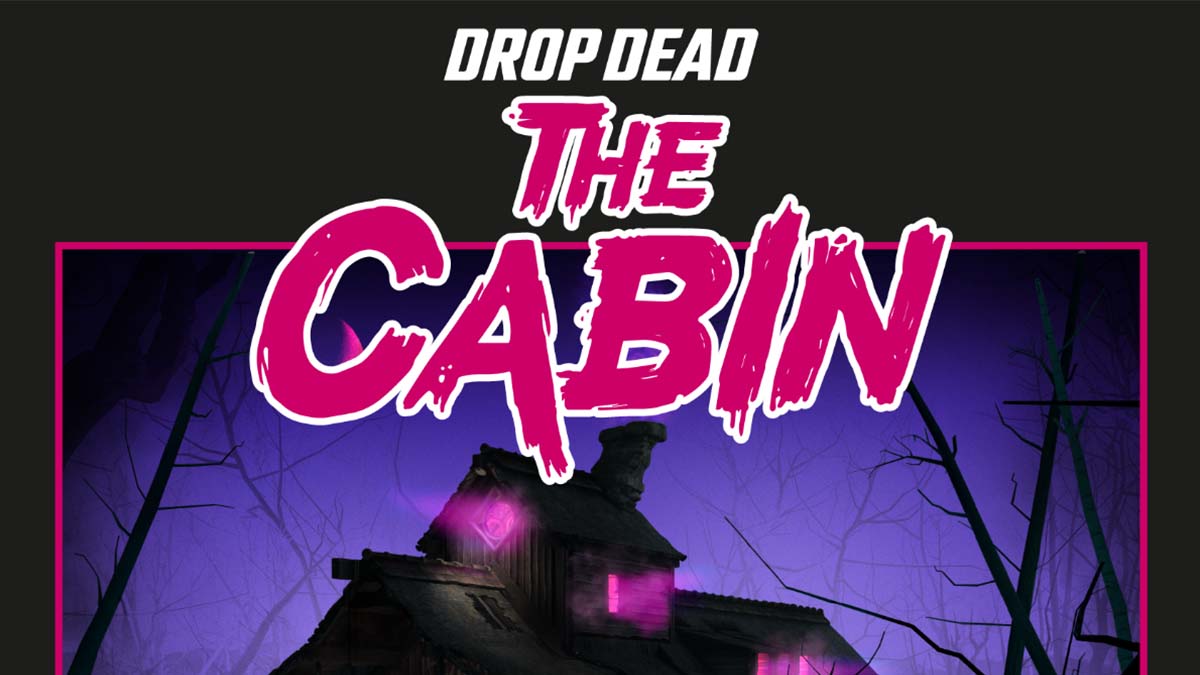 Taking everything you loved about ‘Drop Dead’s’ zombie shooting, ‘Drop Dead: The Cabin’ fleshes it out into a rousing, strategic co-op shooter full of variety.

The game puts players in the role of two backpackers lost in the woods looking for somewhere to hunker down. Fortuitously they come across a mysterious abandoned Cabin. Little did your wayward hikers realise that this life-saving shelter was home to mad scientist Dr Monday, and the undead monstrosities he wrought to life.

In order to survive the night and make your escape, you’ll have to not only fight off the legion of the dead but also strive to maintain power, lighting and communications systems in and around the cabin. Fail to keep the power generator repaired and topped up with fuel, the lights will turn off, making the zombies, deadlier and harder to see.

Teamwork is essential, and an effective fireteam will know when to stay together, when to split up, and when to have one person perch on the cabin roof offering support fire for their partner.

Combat is fast, frenetic, and dynamic as you constantly shift from hunter to hunted. Using a physics-based interaction model and advanced haptics, you can grab your gun from its holster, slam in a mag, line up a headshot, and blast a zombie’s undead brains out! And if you’re finding yourself low on ammo, you can always grab a baseball bat and bludgeon your monstrous foes to death. Earn XP by slaying enemies to increase your attributes and become the ultimate zombie killer!

Easy to play, difficult to master, surviving the Cabin is extremely challenging. No two playthroughs will ever be the same, as objectives, encounters, key locations and pickups are remixed each run. With a run length suitable for multiplayer and VR comfort, each session is designed to be a unique, harrowing challenge.

“With ‘Drop Dead: The Cabin’ we wanted to create a fully immersive cooperative survival experience that is more than simply an onslaught, but rather a tactical challenge that requires teamwork, planning, and solid communication to survive,” said David Solari, CEO at Soul Assembly. “We’re big fans of classic 80s horror like ‘The Evil Dead’, ‘The Cabin in the Woods’, and ‘Stranger Things’, so we wanted to deliver our love letter to the genre in the most immersive way possible: VR.”

Players can register their interest in Beta testing ‘Drop Dead: The Cabin’ by joining the Discord server here: https://soulassembly.com/cabin.

In this article:Drop Dead: The Cabin