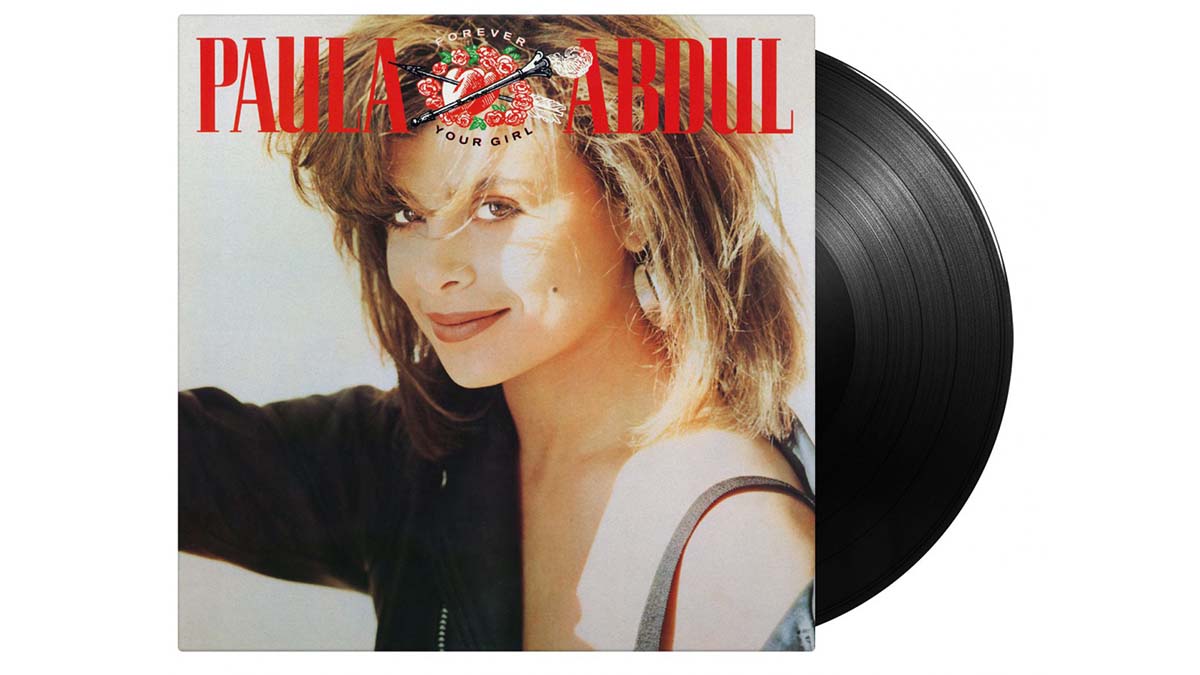 Paula Abdul was known as a choreographer to the stars when she decided to step into the spotlight as a recording artist herself in 1988. Most notable for her work choreographing some of Janet Jackson’s iconic music videos, Abdul turned her attention to singing and signed to Virgin Records for the release of debut album ‘Forever Your Girl’. That album is now getting a vinyl reissue courtesy of Music On Vinyl, 35 years on from its original released.

‘Forever Your Girl’ established Abdul as one of the hottest new artists of the 80s and it sold more than 7 million copies in the US alone, spawning four number one singles – ‘Straight Up’, ‘Forever Your Girl’, ‘Cold Hearted’ and ‘Opposites Attract’ with The Wild Pair. The record remains Abdul’s most successful and it’s a reminder of just how fantastic dance-pop was in the 80s. Clearly taking inspiration from Janet Jackson, who had been riding high with her album ‘Control’ just two years earlier, Abdul worked with producers including Glen Ballard, L.A. Reid and Babyface to hone her own sound.

The album’s first single ‘Knocked Out’ was a minor hit but things changed with the release of ‘Straight Up’, which became Abdul’s first of four number one hits from ‘Forever Your Girl’. The punchy beat-driven song has gone on to become an iconic pop song mixing elements of dance-pop and new jack swing. Abdul’s vocal ability is fairly slight but she has a distinctive tone that is immediately recognisable and she uses the range she has to good effect.

Relistening to this album on this 180-gram vinyl reissue, it’s clear that although the album sounds dated it has stood the test of time. Abdul along with Janet Jackson and Madonna set the blueprint for the female pop acts that came through in the 90s such as Britney Spears, Christina Aguilera and Jessica Simpson, and even the UK’s own Louise. For the most part an uptempo record, ‘Forever Your Girl’ is banger after banger, with Abdul taking you to the dance floor time and time again. Highlights include the sassy ‘Cold Hearted’, the banging opener ‘The Way That You Love Me’ and of course the worldwide smash ‘Opposites Attract’.

Proving she could handle a softer song, Abdul leans into a girlier tone on the playful ‘Forever Your Girl’ and the album’s only real ballad ‘Next To You’ pushes her into R&B territory. Honestly though, the record is all about the uptempo numbers and when they’re as strong as closing track ‘One or the Other’, you can help but let the groove take over your body.

For this reissue, Music On Vinyl has reproduced the original artwork and included a double-sided black-and-white insert that features the lyrics. The album, as I mentioned earlier, is pressed onto 180-gram vinyl and you can hear depths to the songs that haven’t been as noticeable previously. This is a record I never thought would return to vinyl but I’m so glad it has.

Abdul may be a stronger dancer than she is a singer but there’s no denying that ‘Forever Your Girl’ is a classic pop album that paved the way for other female artists at the time. The songs combined with the choreography led-videos made Abdul unstoppable for a short time but she made a big enough mark that she’s rightly consider a pop legend. Over the past few years she’s returned to music, celebrating her legacy but I think it’s about time we got some new material to go with her classics.

In this article:Music on Vinyl, Paula Abdul