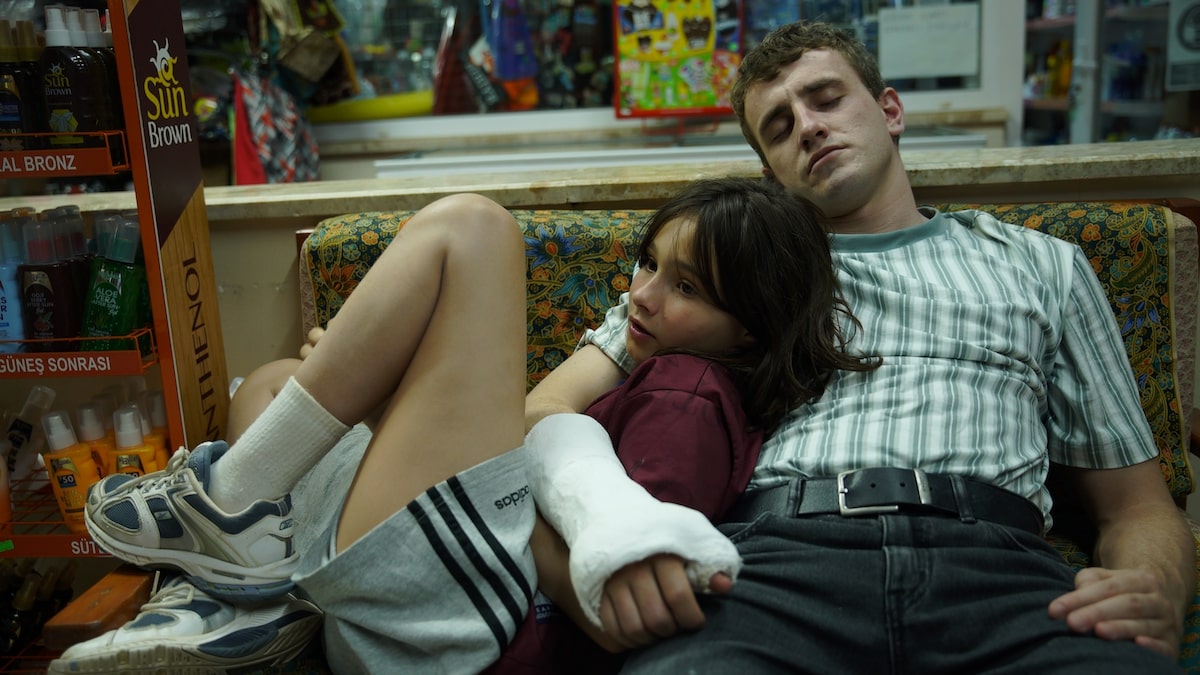 Edinburgh International Film Festival has today announced the programme for its fully in-person 75th Anniversary edition this year. The dynamic programme of cinema screenings, live performance and industry dialogues in Edinburgh in the heart of the August festival season welcomes attending UK & international filmmakers to present their work.

Kristy Matheson, Creative Director of EIFF said: “For our 75th anniversary, we’ve embraced the very essence of cinema – from its production to its exhibition, it’s a truly collective pursuit. Working alongside a talented team of programmers and festival producers to craft our 2022 programme has been joyous. I’m excited to share our programme with you today and look forward to welcoming audiences back to EIFF this August.”

The critically acclaimed feature debut from Scottish filmmaker Charlotte Wells opens this year’s festival, fresh from winning First Prize when it premiered as part of International Critics’ Week during this year’s Cannes Film Festival. ‘Aftersun’ tells the story of Sophie (played as an adult by Celia Rowlson-Hall and a young girl by Frankie Corio) who reflects on the shared joy and private melancholy of a holiday she took with her father (Paul Mescal) twenty years earlier.

Kogonada’s exquisite and playful film stars Colin Farrell and Jodi Turner Smith and brings the festival to a close in style. ‘After Yang’ had its World Premiere at the Cannes Film Festival in 2021 where it was warmly received by international critics, it went on to win the Alfred P. Sloan Prize at Sundance Film Festival earlier this year. The film tells the story of a family who lose their A.I. helper, and the profound feelings that the experience induces.

The full programme is available to view here. However, here’s a taste of some of the films to look out for across the main feature strands.

This year’s programme is structured by strands with each strand having its own Classic Film and Headline film which offers audiences a flavour of what to expect.

THE CONVERSATION: Cinema to get you talking

Indigenous youth fights back against government-backed farmers in ‘The Territory’, a young mother struggles with childcare in drama turned thriller ‘Until Tomorrow’ and wonder trio Dolly Parton, Jane Fonda and Lily Tomlin reunite to investigate the fight for women’s rights they kickstarted half a decade ago in ‘Still Working 9 to 5’. From searing dramas to eye-opening documentaries, The Conversation is cinema with something to say.

THE CHAMBER: Quality arthouse for the culturally curious

Will Poulter, Naomi Ackie and Johnny Flynn star in the original and unique British musical heist thriller ‘The Score’ featuring songs written by Flynn. Directed by Malachi Smyth in his feature debut the film centres around two amateur criminals who are hoping their next mission will change the men’s lives for good.

Penelope Cruz and Antonio Banderas star in the meta film comedy ‘Official Competition’ which debuted to acclaim at Venice last year. In search of prestige, a self-obsessed billionaire enlists the best of the best to make a film about his life.

The Chamber Headline film is Kamila Andini’s ‘Nana (Before, Now & Then)’ which premiered in competition at the 2022 Berlinale. A sumptuous period drama about the unlikely but deeply moving friendship between two women who share a common anchor in the politically turbulent, post-independence years in Indonesia.

The Chamber Classic is Martin Scorsese’s landmark concert movie, The Last Waltz, which has received a 4k restoration with Robbie Robertson overseeing the soundtrack – ensuring that cinema audiences can enjoy the best possible presentation of The Band’s epic 1976 farewell show at San Francisco’s Winterland Ballroom.

The destination for those seeking all the feels, Heartbreakers films include a profound romance between women in moving historical doc ‘Nelly and Nadine’, the subtle shifts between colleagues in pandemic-struck Hong Kong in ‘The Narrow Road’, millennial Insta-angst in a friendship group in ‘Millie Lies Low’, and a man in an unusual meteorological relationship in ‘The Cloud and the Man’. And don’t forget to bring your hanky for Oscar-longlisted Panamanian tearjerker ‘Plaza Catedral’.

Heartbreaker Headline: Gabriel Martin’s ‘Mars One’ follows an everyday Black Brazilan working-class family that is at once dissonant and harmonious, their struggles and victories made parallel to growing political turmoil to paint a poignant portrait of life in the country under Bolsonaro. The powerful family drama wowed Sundance audiences earlier this year.

Heartbreakers Classic: Written, directed and produced by Ayoka Chenzira, the restoration presentation of ‘Alma’s Rainbow’ sees teenage Rainbow navigate the differing expectations her straight-laced mother Alma and unruly sister Ruby have of her, while trying to find her own path.

Films for the back-row dwellers and mosh pit regulars. Black-hearted lovers can binge ‘Give Me Pity!’ one of two films screening at this year’s festival from auteur of weird Amanda Kramer, a portrait of a lovable oddball in documentary ‘A Life on the Farm’ and the original patient zero of vampirism, ‘Nosferatu’ himself. The horror hounds will have plenty to gorge on with the terror of motherhood in ‘Huesera’, the gooey gore of ‘Sissy’ and the mystical western vibes of ‘Saloum’.

Night Moves Headline: Buckle up for Dae-min Park’s Korean vehicular thriller ‘Special Delivery’ with a lead performance from Parasite star Park So-dam, a female-centric spin on petrolhead staples like Drive, The Driver and The Transporter delivers a breezy action cocktail of cuteness and brutality, its high adrenaline car chases and neon-lit ambience enhanced by a pulsing electronic score.

POSTCARDS FROM THE EDGE: Bold visions to expand horizons

Postcards From The Edge Headline: ‘I Didn’t See You There’ gives a glimpse into the life of director Reid Davenport who invites audiences into a world rarely depicted with such honesty onscreen who positions the camera on his wheelchair, capturing not only how he reacts to spaces but how spaces — and people — react to him

Postcards From The Edge Classic: To celebrate the launch of the new book, Afterimage Reader, EIFF and The Visible Press present a special screening of Yvonne Rainer’s 1976 film, ‘Kristina Talking Pictures’ with an introduction from Afterimage editor, Simon Field. From 1970 to 1987, the independent journal Afterimage explored radical cinema, publishing writings by filmmakers and prominent critics.

EIFF also has 10 feature films in competition for The Powell & Pressburger Award for Best Feature Film. These include Peter Strickland’s latest dark comedy ‘Flux Gourmet’ starring Asa Butterfield and Gwendoline Christie, which depicts a performance art trio participating in an artist residency at the Sonic Catering Institute. An irresistible ode to the perils of creativity, the film premiered at Berlin earlier this year.

Sinead O’Connor was not the first or last female pop star to be adored and demonised with equal vigour. Focusing on a five-year period between 1987 and 1992, Kathryn Ferguson’s documentary ‘Nothing Compares’ shows us the artistry and emotion behind a trailblazing artist made controversial because of her refusal to compromise.

The 75th Anniversary edition of EIFF runs from 12th to 20th August. Tickets go on sale to Filmhouse Members and Screen Saver Passholders today at 12 noon and on sale to the general public at 10am on Friday 22nd July.