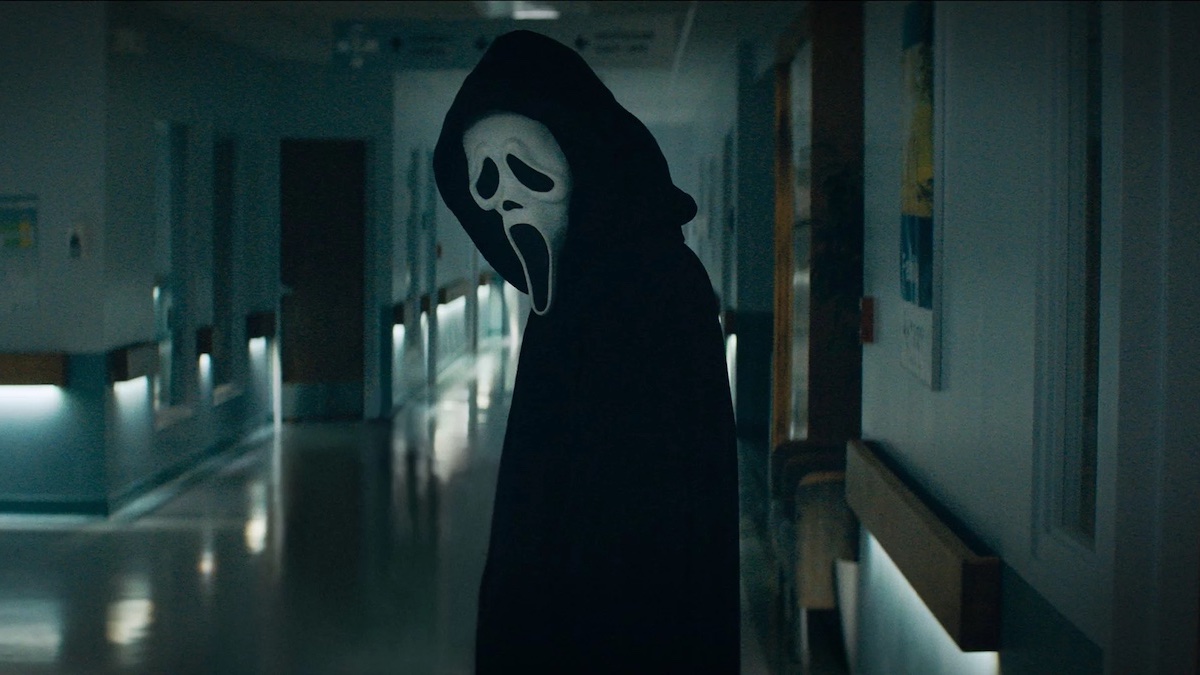 Following the huge box office success of ‘Scream‘, the fifth instalment in the ‘Scream’ franchise, earlier this year it was no surprise when a sixth film was given the greenlight.

Fans have been speculating since the release of ‘Scream’ about what might be in store for ‘Scream 6’, which will likely not be called that title given that the fifth one didn’t include the number 5 in it.

We’ve rounded up all of the information that’s been released and we’ll keep updating this page as more news is confirmed.

Hayden Panettiere will reprising her role as Kirby Reed, who was last seen in ‘Scream 4’. Eagle-eyed fans spotted an Easter Egg in ‘Scream’ that confirmed Kirby had survived. It could be seen when Richie (Jack Quaid) was watching Stab movies on YouTube if you look at the related videos down the side.

Courteney Cox hasn’t been officially announced but she has spoken about being in the film and this week pictures of her on the set confirmed that she will definitely be reprising her role as Gale Weathers.

Neve Campbell was in talks to return but she issued a statement saying, “I felt the offer that was presented to me did not equate to the value I have brought to the franchise.” Subsequent rumours suggest that Campbell will indeed be back after inking a secret deal to return, with a speculated larger role in ‘Scream 7’, but this hasn’t been confirmed.

What will ‘Scream 6’ be about?

The plot for the film is being kept tightly under wraps but ‘Deadline‘ teased the following:

In the next installment, the four survivors of the Ghostface killings leave Woodsboro behind and start a fresh chapter.

Can we assume that some of the characters are heading to college, just like they did in ‘Scream 2’?

Who is writing and directing ‘Scream 6’?

The new ‘Scream’ film will be written by James Vanderbilt and Guy Busick and it will be directed by Matt Bettinelli-Olpin and Tyler Gillett. This is the same team behind ‘Scream’ 2022.

When will ‘Scream 6’ be released?

What is the official title for ‘Scream 6’?

Nothing has been confirmed yet but the film has been referred to as ‘Scream 6’, ‘Scream II’ and ‘Scream !!’ (the latter two names coming after an on-set picture showed the back of a chair with the alleged title on).

What rumours are circulating about ‘Scream 6’?

The rumour mill is in overdrive right now and the film hasn’t even started filming. Fans are suggesting a return could be on the cards for Matthew Lillard as Stu Macher, one of the original killers in ‘Scream’ (1996). This theory stems from the same moment the Kirby Easter Egg was spotted in ‘Scream’ (2022) as a video questions if Stu died or not.

Other rumours suggest we could see Patrick Dempsey returning as Mark Kincaid given it was confirmed in ‘Scream’ (2022) that Sidney and Mark are now married with kids.

Keep coming back here and we’ll be updating this page with all of the news as it breaks.

In this article:Featured, Scream