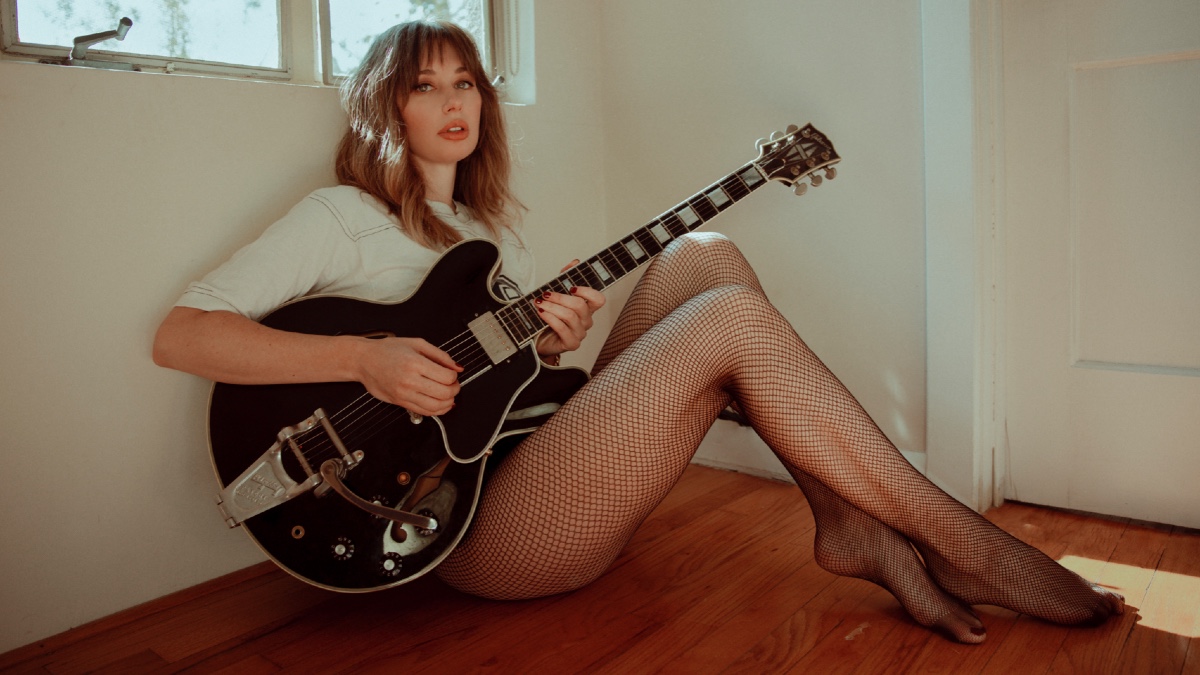 It’s kind of a funny coincidence that I’m writing a review of Lera Lynn’s new album ‘Something More Than Love’ just a couple days after seeing Nicole Atkins live at DC’s Hamilton. Both artists work in a distinctive “pop noir” aesthetic, and they are known for their modern takes on torch songs. Lynn leans more into an alt-country style — her name evokes Loretta Lynn, and that’s not a coincidence — where Atkins is influenced more by classic rock. On this latest album, her sixth, Lynn has dialed back a lot of those country influences, however, and the sound is the closest she’s come to the dreamy atmospherics Atkins employs. It’s not quite into the surreal world of David Lynch and his collaborators, but ‘Something More Than Love’ is trending in that direction.

In pushing her sonic palette up against that breaking point of realism, Lynn has arrived at the correct vehicle for dealing with powerful material related to becoming a mother for the first time. In 2021, she and her partner (and co-producer) Todd Lombardo welcomed their first child. It was a tremulous time to bring a new life into the world and, like many new mothers, she struggled with postpartum depression. The songs here reflect this struggle: the pain, the ambivalence, all of it.

‘I’m Your Kamikaze’ matches subtext and sound extremely well. The idea of self-sacrifice, of going down in flames, is played out against a garage rock rock background that sounds exactly like the idea being expressed. The musical composition here bypasses verbal expression, connecting directly with the emotional part of the listener’s brain to push the appropriate buttons. It’s not just that the instrumentation is adding something beyond the words; what is being added cannot be captured by words.

Some of the songs here are downright punishing. ‘You Are Not Your Own’ and ‘Cog In The Machine’ dig into timely, important issues about women’s bodies and autonomy that have only become more pressing, in the United States at least, given the recent Supreme Court decision overturning the right to abortion. That may not have been the direct intent of these songs when Lera wrote them, but, in this country at least, these issues are always hanging around when you start having these conversations. These songs aren’t direct commentaries on that issue, not by any stretch of the imagination, but in tackling what it means to beholden to another human life, they are very relevant to that conversation.

Pregnancy and motherhood changes a woman’s body, immensely, and ‘What Is This Body?’ dives straight into that. Especially for men, who may not think about this very much, it is important song and one they need to here. We can also learn to understand the complex feelings new mothers have about their relationships with their children from the excellent title cut and ‘Conflict of Interest.’

Becoming a parent changes a person, and it has definitely changed Lera Lynn. The material on this album shows real growth in depth and sophistication, a shift away from songs about heartbreak to a focus on a more mature phase of her life. She’s still singing about love, but she’s singing about love in a different form, a form that it takes as one has new and different experiences.

Lynn’s voice sounds as strong as it ever has, and her writing has reached a new level in its depth and emotional power. While this may not be exactly the sound her fans have come to expect, it’s a natural progression from where she was, and it’s perfectly suited to the material. Quite simply, ‘Something More Than Love’ is the best record Lera Lynn has made thus far in her career, and it’s one of the standouts of 2022 to date.