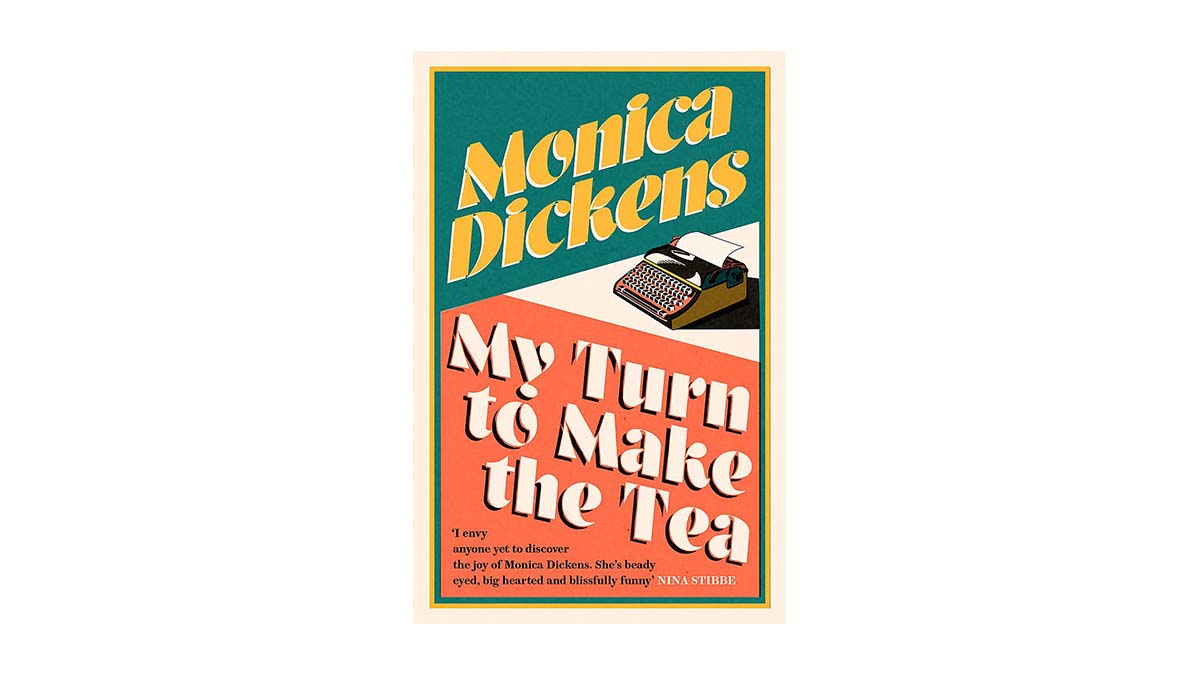 Monica Dickens, the granddaughter of Charles Dickens, writes like a woman I’d love to have had a pot of tea with. Monica eschewed her awaiting debutante life in the 1930s, opting instead to spend two years as a cook and general servant because, “the waiters and the maids at balls … were having a better time than I was. So I wanted to belong with them”.

Her natural curiosity, observation and wit could not be so forgotten, and the experience was noted down in her first book, ‘One Pair of Hands’ (1939) and it became an international bestseller. A second book, based on her WW2 experience as a nurse, ‘One Pair Of Feet’ (1942) followed.

‘My Turn To Make The Tea’, first published in 1951, recounts Monica’s time as a local reporter for the Downingham Post. Through the character of ‘Poppy’ we initially see an earnest, error-laden junior journalist, only trusted with court reports, weddings and dances. Being the only woman in the news room over seventy years ago means she’s often responsible for making the tea, too.

Author Lissa Evans sums up Monica’s style of writing in her introduction of the reprint, “Her language is crisp and vivid. She never lingers on scenes, and rarely embellishes”. As Poppy’s year as a reporter unfolds, Monica effortlessly draws the reader into the life of a single, independent woman in post-war Britain, ruled by a King, trying to find a room of her own, find company and keep her job. Through Poppy’s neighbours we experience the stark reality of renting a room, the role of women in society and the consequences of not conforming. Or what happens when you ask your landlady if you can move the furniture in your room.

Monica writes a tender, witty and wry account of daily life on a weekly newspaper that I suspect Jane Austen would have enjoyed reading about, had girls gone to work in 19th Century England. The people Poppy encounters, from her mercurial editor to her arts-based fellow-lodgers, jump off the page in their enjoyment and puzzlement of navigating life and its expectations.

At just under 250 pages and thirteen chapters, ‘My Turn To Make The Tea’ is an accessible modern classic with a huge heart.