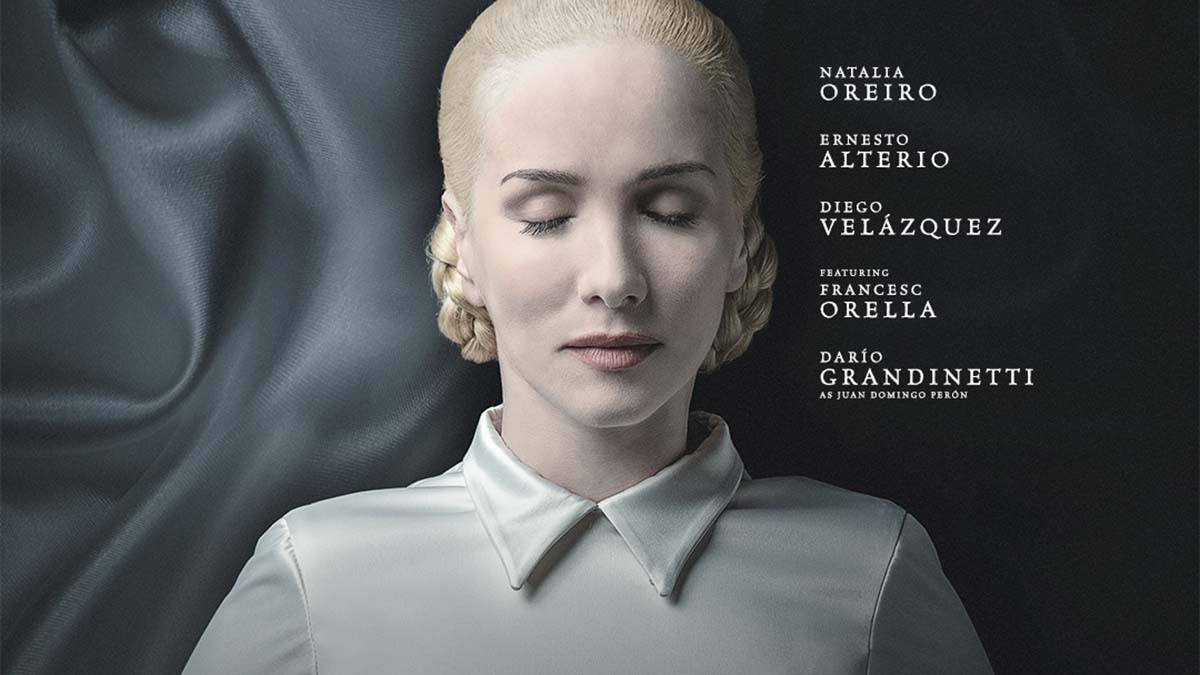 Latin American thriller series ‘Santa Evita’ will premiere on Disney+ under the Star banner on Tuesday 26th July 2022 in the UK and Ireland.

The seven-part fictional series is based on the best-selling book of the same name written by Argentinian author Tomás Eloy Martínez. It follows the intriguing tale of Eva Peron’s embalmed body, which remained unburied for three years awaiting the construction of a monument that was never completed.

‘Santa Evita’ is the story of a body with no grave and the legend that was born from it. In 1955, a military coup in Argentina overthrew then President Juan Domingo Perón and hid Evita’s body for 16 years to prevent it from becoming a symbol against the regime. Before her death, Eva had become a powerful political figure as General Perón’s wife, and her wandering unburied corpse haunted the country’s political arena for over two decades.

‘Santa Evita’ was filmed in over 40 locations in Buenos Aires, Argentina, with over 120 actors plus 1300 background actors. Detailed historical reconstructions, costumes and sets were designed  and created by a large team of local creative professionals.

The series was developed and co-produced by Non Stop and executive produced by Mexican actress and producer Salma Hayek Pinault and José Tamez (both from production company Ventanarosa).

It was directed by filmmaker Rodrigo García, who is also executive producer, and Argentine filmmaker, actor, theater director and scriptwriter Alejandro Maci, who also serves as artistic producer. The script was written by Marcela Guerty and Pamela Rementería.

In this article:Disney+, Santa Evita