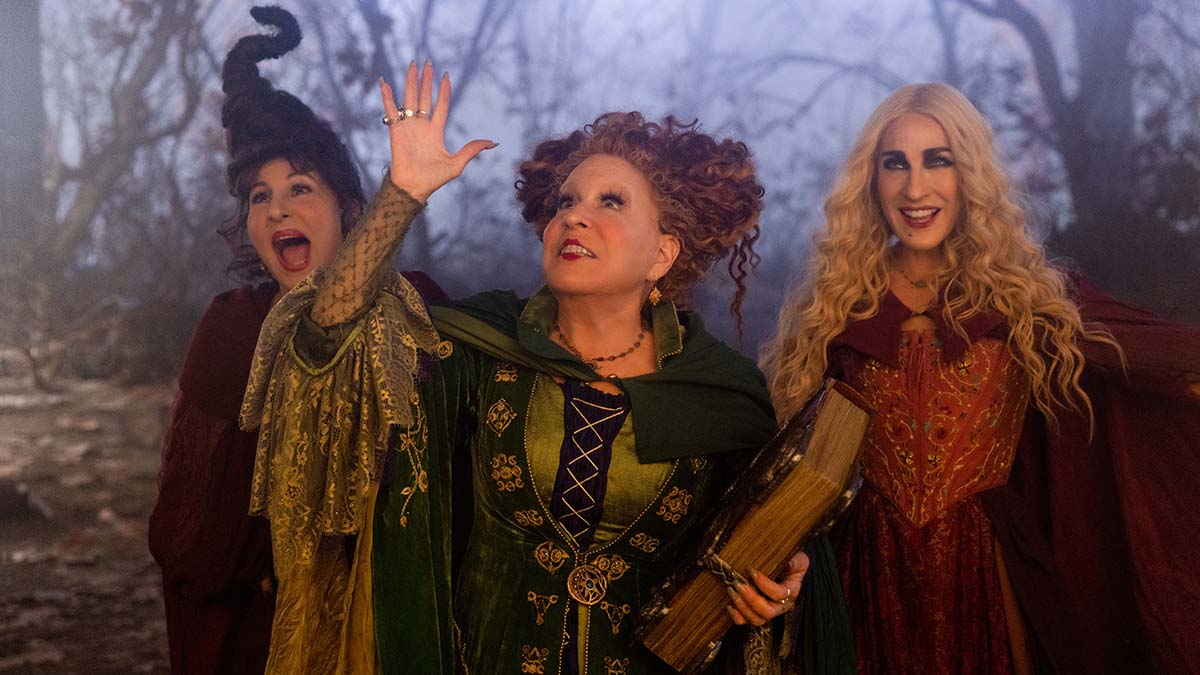 The tease has begun for the eagerly awaited ‘Hocus Pocus’ sequel, ‘Hocus Pocus 2’, which lands on Disney+ on 30th September 2022.

The sequel sees Better Midler, Sarah Jessica Parker and Kathy Najimy reprising their roles as the delightfully wicked Sanderson Sisters. You can catch a first glimpse of them in the brand new teaser trailer, at the top of this article.

It’s been 29 years since someone lit the Black Flame Candle and resurrected the 17th Century sisters, and they are looking for revenge. Now it is up to three high-school students to stop the ravenous witches from wreaking a new kind of havoc on Salem before dawn on All Hallow’s Eve.

Take a look at the teaser poster for the film below:

In this article:Disney+, Hocus Pocus 2