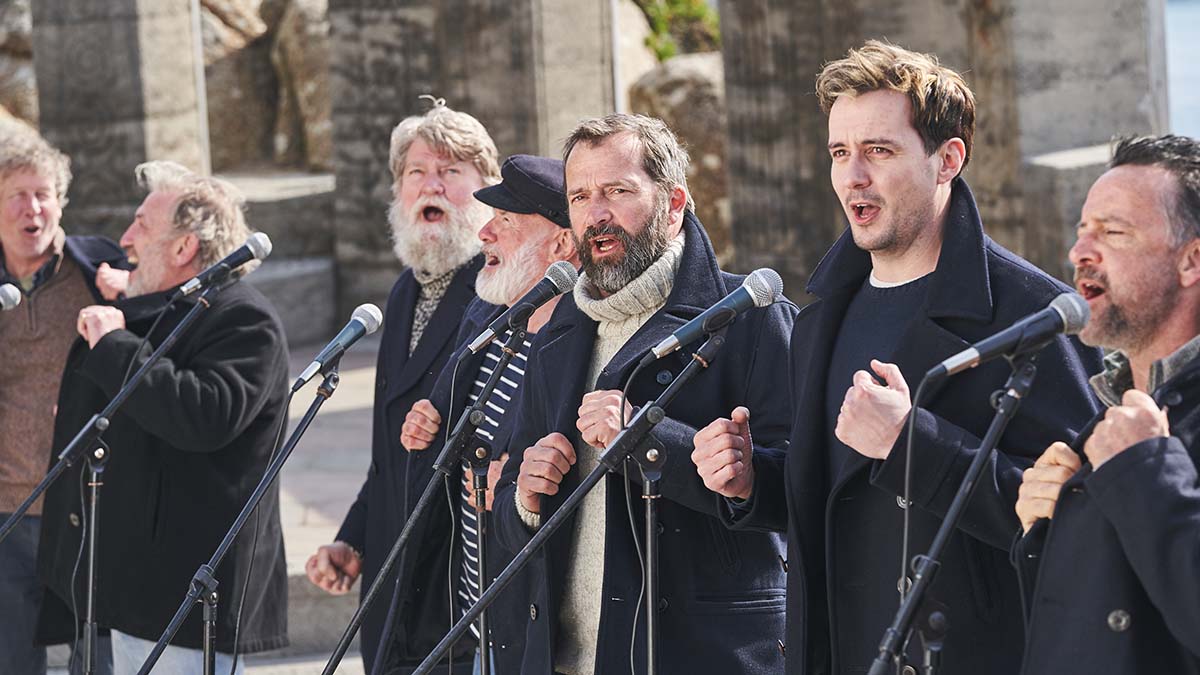 ‘Fisherman’s Friends: One and All’ is heading to cinemas in the UK and Ireland on 19th August 2022.

Inspired by the story of Fisherman’s Friends, who rose to fame performing on the harbour in their native Port Isaac in Cornwall, the band are widely credited with starting the revival of interest in shanty-style choral singing, a pop-culture phenomenon in recent years.

‘Fisherman’s Friends: One and All’ charts the next instalment of the Fisherman’s Friends amazing and uplifting true‐story. Following the unexpected success of their debut album ‘No Hopers, Jokers and Rogues’ we rejoin the world’s oldest ‘buoy band’ a year later struggling to navigate the pressures, pitfalls and temptations of their newfound fame.

The film follows the celebrated shanty singers through the highs and lows as lifelong friendships are put to the test and they battle the dreaded ‘curse of the second album’.

Meg Leonard and Nick Moorcroft make their directorial debut, directing from their own screenplay co-written with Piers Ashworth.

Take a look at the trailer at the top of this article and the poster below:

In this article:Fisherman's Friends: One and All