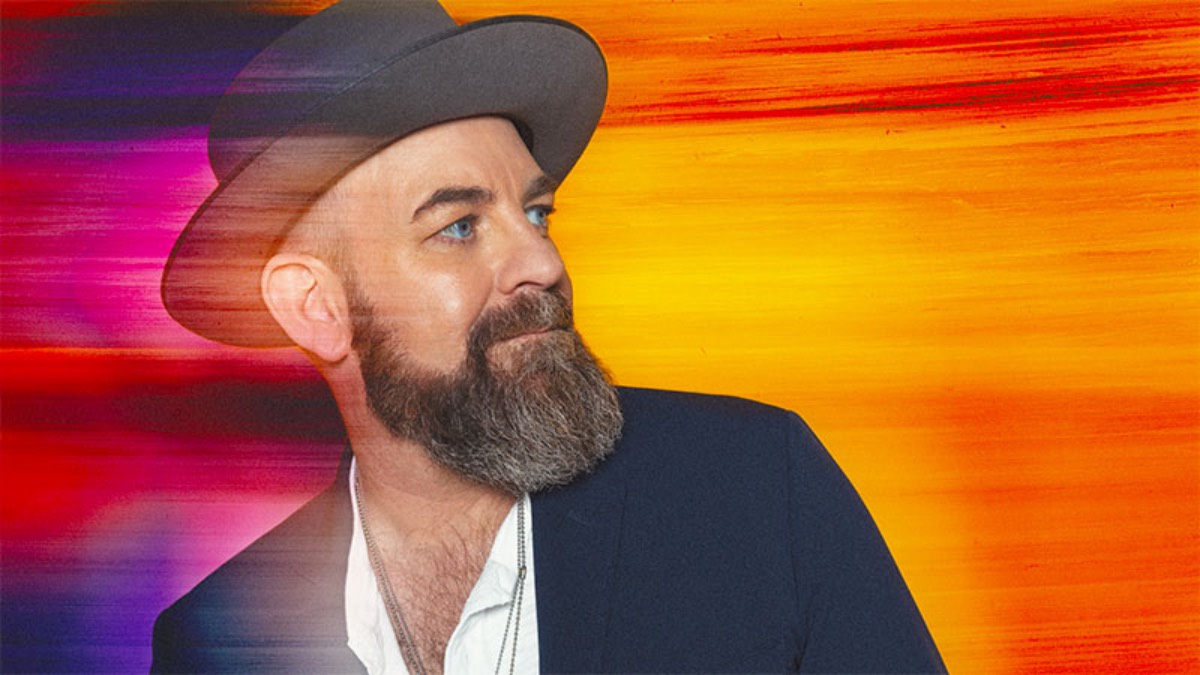 Kristian Bush, famously known for being one half of Sugarland with Jennifer Nettles, wanted to do something to celebrate turning 52 in March this year. What better thing could he do than embark on a project to release 52 songs?! The first batch of songs, entitled ’52 ATL x BNA’ was released Friday March 25th and you can read our review of it right here.

‘ATLxBNA’ was a concept based around the idea of mixing the Nashville songwriter sound with the looser, Bluesier and funkier sound of Atlanta. This second batch of songs, ‘In the Key of Summer’ (released June 24th) is exactly what the title suggests. Fans of Bush’s 2015 release ‘Southern Gravity’ and the 2019 follow up ‘Summertime Six Pack’ will know just how accomplished the songwriter is at capturing the spirit of summer in his songs. One listen to classics like ‘Flip Flops’ or ‘Dashboard Hula Girl’ is enough to convince you that if you need a soundtrack to your 2022 getaway then ‘In the Key of Summer’ might well be the album you are looking for.

The elephant in the room is that at 16 tracks, ‘In the Key of Summer’ has to dip somewhere, right? There has to be some filler? Well, good luck with finding that my friend. This album gets off to an explosive (yet chilled) start and never really lets go. From opener ‘Hail Mary’ to the final sunset vibes of ‘Don’t This Life Just Kill You’ and ‘You Can’t Stop the Sun From Going Down’, ‘In the Key of Summer’ maintains a vibe and a quality that is top class.

‘Hail Mary’, co-written with good friends of this platform, Adam Hambrick and Steve Moakler, is a chilled out song that builds to a funky chorus reminiscent of Bush’s work on 2015’s ‘Southern Gravity’. It’s a simple yet effective ‘falling for you’ song that is more ‘summer romance’ than ‘summer holiday’ and that is where the nuance is on this album. Not all the songs are beach or holiday related but they all channel that summer vibe. The heat, the freedom, the anticipation and the late nights. Bush certainly isn’t afraid to take you to some steamy places on this album. ‘Tangled Up’ is full of late night lust with its cheeky guitar lines and hook-up vibes although the song does end in what can only be described as self-referential, ironic laughter whilst ‘Making My Way Down’ (co-written with Brett Eldredge) is about ‘getting to loving, button by button’! An organ and that trademark jangly guitar and banjo give you the sense and feel of sand in all those hard to reach places on this track!

‘The Mmm Song’, meanwhile, is absolute FM radio gold and carries all the hallmarks of what would be a viral hit if recorded by Walker Hayes. It’s a beautifully crafted, irreverent song about a ‘perfect mess’ girl that just leaps out of the speakers with its guitars and honky tonk piano. This is the sort of song that is so simple, so upfront and catchy that it could only have been written by a master songwriter and it should be the radio hit of the summer.

There are plenty of places on ‘In the Key of Summer’ where Kristian Bush takes you to the beach. ‘Everybody Needs a Somebody’ is a love song but with such a Hawaiian feel to it that you could almost be there at the White Lotus hotel. ‘Headphones’ has an almost Caribbean vibe to it as Bush uses music as a recovery aide for moving on after a failed relationship. ‘Tequila’, well, this one is obvious, right? As a student of the ‘Clever Country Rhyme’ I’m going to enter the three line run of ‘Tequila – Feel Ya – Steal Ya’ into the ever growing book of wonderful examples of rhyming cadence that you can’t find anywhere else but in Country music. ‘Tequila’ has an almost Beatles-esque melody in it, if the Beatles had decided to holiday in Hawaii rather than explore their spiritual sides in Tibet whilst ‘Put a Smile on It’ is an uptempo Kristian Bush ‘standard’ that also could have been lifted right out of the pages of ‘Southern Gravity’. All of these songs have a simplicity to them that can only come after years of hard work and craft as you listen to that type of jangly guitar line that seems to seep out of every pore in Bush’s body!

If we are talking about excellent songwriting then we can’t ignore ‘Soft Place to Fall’. A lovely, gentle melody is augmented by some heavyweight lyrics as Bush takes the blame for a failed relationship and hopes the girl goes on to do all the things that they dreamed of doing together. This is mature, impactful, relatable Country music right here, folks. ‘I hope that when you’re happy that you think of me,’ he sings as he rips your guts out with his craft!

The album ends with a two-song double punch designed to reflect the going down of the sun as a metaphor for endings. ‘Don’t This Life Just Kill You’ with its Bluesy guitar riff and relatable stories of people who play life too safe will inspire you to be more adventurous whilst ‘You Can’t Stop the Sun From Going Down’ does exactly what it threatens to do in the title – hitting you with its Southern charm and wisdom about living a healthy, fulfilled life. ‘Don’t wear a watch,’ Bush sings at one point, ‘and don’t watch your steps.’

‘In the Key of Summer’ is more than just a collection of drinking songs and songs about the beach. There’s wisdom here, there’s charm, there’s love, lust and regret too. All the 16 tracks are tied together by an over-arching theme and narrative that works perfectly for them as a whole body of work but they all exist in their own little space too. It is the perfect example of what the concept of ‘the album’ was designed for, to showcase an artist’s work under a unified umbrella of a simple but continuing theme and only the most skilled artists can pull that off. Each song breathes on its own but as a whole body of work, ‘In the Key of Summer’ is something really special – it’s your soundtrack for the next three months of sunshine, late nights, drinking and romance.