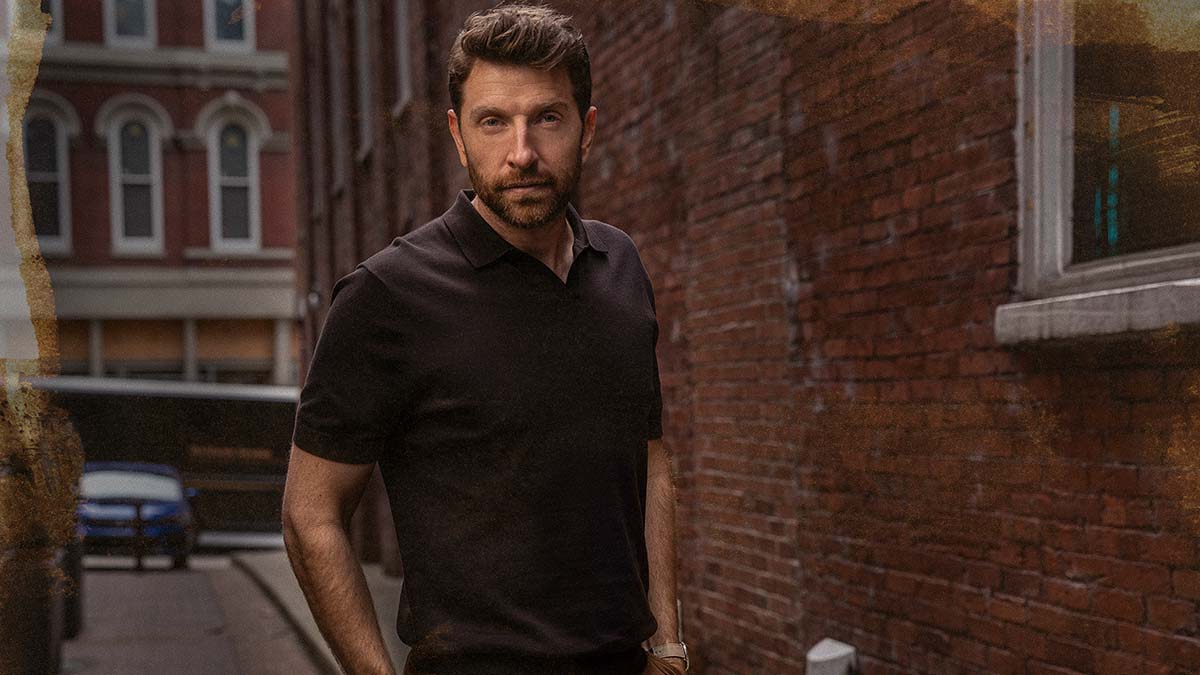 Brett Eldredge changed course with the release of his last studio album ‘Sunday Drive’ (not including 2021 festive collection ‘Mr. Christmas’) in 2020. Delivering his most personal collection of songs to date, Eldredge transformed his Country sound into something that fit neater into Easy Listening alongside the likes of Harry Connick Jr. Released during the album, and unable to be supported with live shows, ‘Sunday Drive’ sadly didn’t hit the commercial highs of Eldredge’s previous work but it was without a doubt creatively the highest point in his career to date.

Two years on and his new album ‘Songs About You’ is about to arrive and it sees Eldredge continuing to push his sound and explore the soundscape that he dived into with ‘Sunday Drive’. Fans have been getting frequent teasers from the project as Eldredge has been slowly unveiling what they can expect from the new record. The first track unveiled was the piano ballad ‘Holy Water’, a raw and honest ballad that showcases Eldredge’s soulful vocal while infusing a touch of gospel. It continues that honesty and vulnerability that made ‘Sunday Drive’ so special and it’s one of the finest songs Eldredge has recorded to date.

The second track released from the record, ‘Want That Back’, switched things up and moved a little closer to the mid-tempo Country of Eldredge’s earlier records. Over a simple acoustic melody, Eldredge takes the listener into a world of nostalgia as he reminisces on days gone by. Lyrically it could be a sequel to ‘Sunday Drive’, the song, while musically it has more in common with ‘Wanna Be That Song’ from the ‘Illinois’ album’. Keeping fans guessing, Eldredge then dropped the title track, a bluesy soulful Country groove-laden track that name checks plenty of Country legends and is easily the most commercial song on the record.

Just as fans may have started to think they knew what was in store with this record, Eldredge threw a curveball with the jaw-dropping ‘Wait Up For Me’, a stripped-back song that features one of the best vocals Eldredge has ever delivered. Sexier than anything the singer has released before, the song is an ode to the anticipation of intimacy with a lover after being apart for the day. The final song released ahead of the record, ‘I Feel Fine’, is yet another curveball leaning into a beat-driven Southern Rock vibe with Eldredge sitting comfortably in his lower register as he sings about battling depression and finding strength in not being defeated by it.

The other seven songs on the record live up to the expectations set by the five already available. ‘Songs About You’ opens with the big band hand-clapping pure joy that is “Can’t Keep Up”, a high-energy does of Eldredge at his most euphoric. ‘What Else Ya Got’ is filled with vocal riffs over a piano melody as Eldredge exposes his raw vulnerability and lays his heart bare for all to see. At the album’s mid-point, Eldredge lays back into a soulful groove on ‘Get Out Of My House’, a song that embraces mental health and happiness over pushing through a relationship that’s no good, while on ‘Home Sweet Love’, Eldredge sings about finding the one after a lengthy search.

‘Where Do I Sign’ ups the tempo as Eldredge sings about giving a lover the space they want while being available when they need. The song is a potential future single and I can see if working well at radio if Eldredge chooses to put it out. The album comes to a close with ‘Where The Light Meets The Sea’, a gentle emotive ballad that is sure to elicit some tears with its candid and raw lyrics.

‘Songs About You’ continues the high standard that ‘Sunday Drive’ set and the two albums feel like they go hand-in-hand. Eldredge has been on an upwards trajectory creatively over the past couple of years and this collection is nothing short of stunning. With strong vocals, heartfelt lyrics and melodies that will stay with you for a long time, ‘Songs About You’ is one of the year’s finest releases so far and it could well end up being a contender for album of the year.