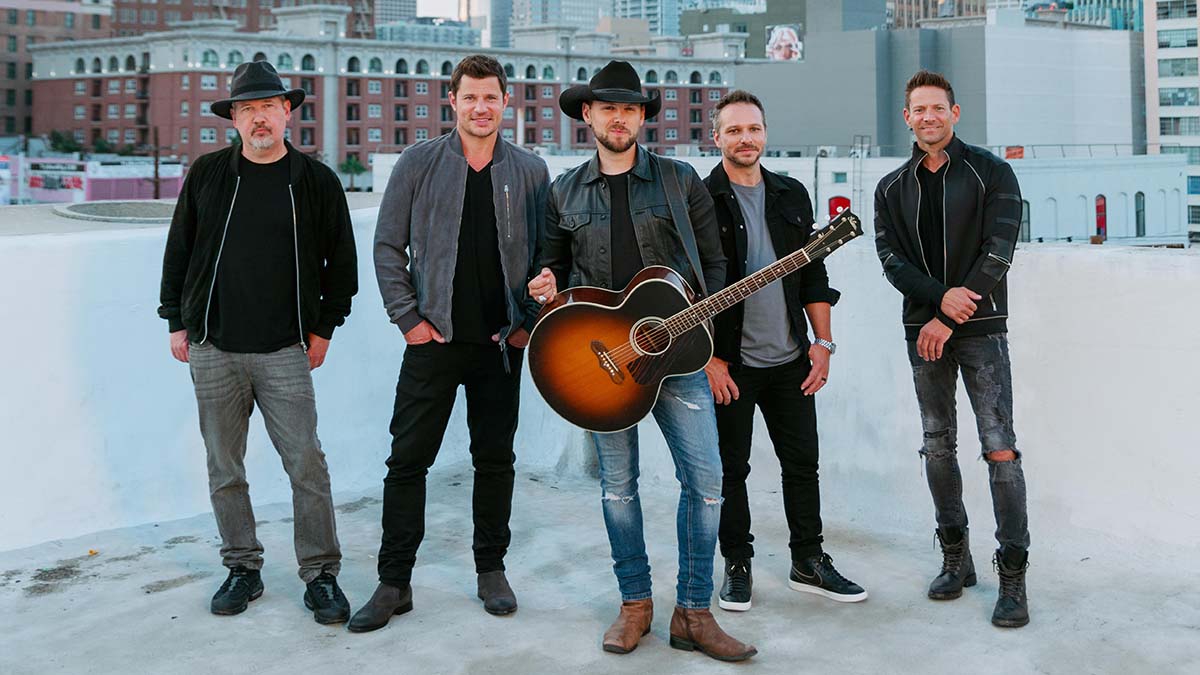 Chalk this up as a collaboration we never expected – Brett Kissel has joined forces with 98 Degrees for new single “Ain’t The Same”.

The upbeat song tells the story of a narrator professing his feelings to the love of his life, explaining that life “ain’t the same” without her. The track also features a clever chorus that parallels the narrator’s relationship and famous pairings that just aren’t quite right when not together.

Kissel wrote the song alongside Karen Kosowski and Tim Nichols, and it was inspired by his wife Cecilia.

He explained, “We kept landing on how much sweeter everything is when we get to experience life’s gifts with the people we cherish most…and, how things just ‘Ain’t the Same’ if you’re missing the key ingredient. For me, that’s my wife Cecilia, who was the inspiration for the song.”

Talking about working with 98 Degrees, Kissel says: “98° is such an iconic group, and the fact that they are making their first foray into the country music space with me is such an honor. They’ve collaborated and had massive hits with legends like Mariah Carey and Stevie Wonder, so to work with them on this project and have a blast with them in-studio and on our video shoot in LA… it’s the coolest thing.”

98 Degrees have sold over 10 million records worldwide and achieved eight top 40 singles in the U.S. “Ain’t The Same” marks their first foray into Country Music and comes on the heels of their 25th career Anniversary Year.

Kissel has previously received recognition for other powerhouse collaborations, releasing a DND remix of his Platinum-certified single ‘She Drives Me Crazy’ with multi-platinum selling superstar Nelly. His charismatic personality, energetic stage presence, and music style have propelled him to the top of the Canadian Country music charts, with two Gold-certified albums, three Platinum (including the album version of ‘She Drives Me Crazy’), and eight Gold singles, and 15 top-10 radio hits to his credit.

Kissel is currently in the studio finishing up his upcoming album, due out later in 2022.

In this article:98 Degrees, Brett Kissel