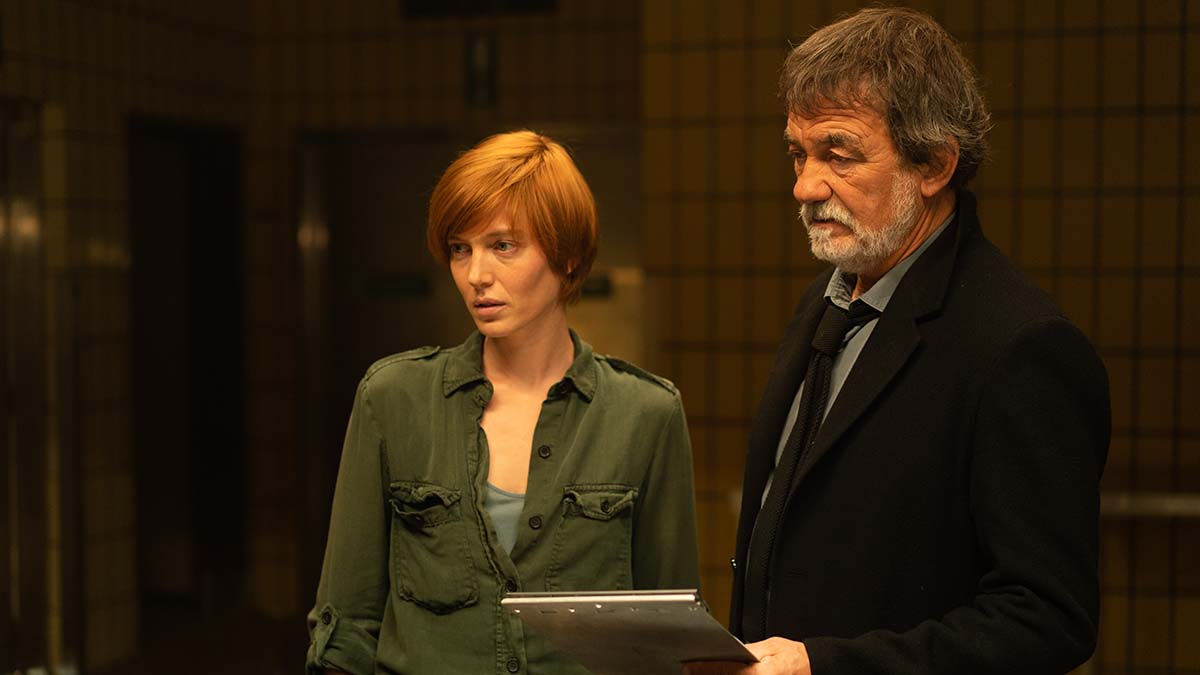 Walter Presents is bringing ‘The Crimson Rivers’ season 3 to More4 every Friday for 7 weeks starting from 25th March 2022 at 9pm.

The series stars Olivier Marchal and Erika Sante as Detective Pierre Niémans and his partner Camille Delauney. The third season will kick off with a double episode as they investigate a series of gruesome murders in remote regions of France.

In season 3, the detectives are confronted with more complex cases of atrocious brutality. They discover a horrific double murder in the church of a small Belgian village which takes them to the sinister world of neo-pagan rituals and leather tannery.

The duo tracks down a serial killer who chooses his next victim based on the order of the zodiac calendar. They must also stop a psychopath threatening to infest all of Paris with a deadly plague.

And when an inmate is severely injured and Niémans ends up on the other side of the prison wall, Delauney must risk everything to rescue her mentor. Will their bond remain strong enough to keep their sanity?

The series is based on the 2000 blockbuster of the same name (starring Vincent Cassel and Jean Reno), and comes from Luc Besson’s production company Europacorp. It is created by Jean-Christophe Grangé.

Walter Presents: ‘The Crimson Rivers’ season 3 will air on More4 on Fridays from 25th March 2022 at 9pm. Episodes will be available on Walter Presents via All 4 each week.