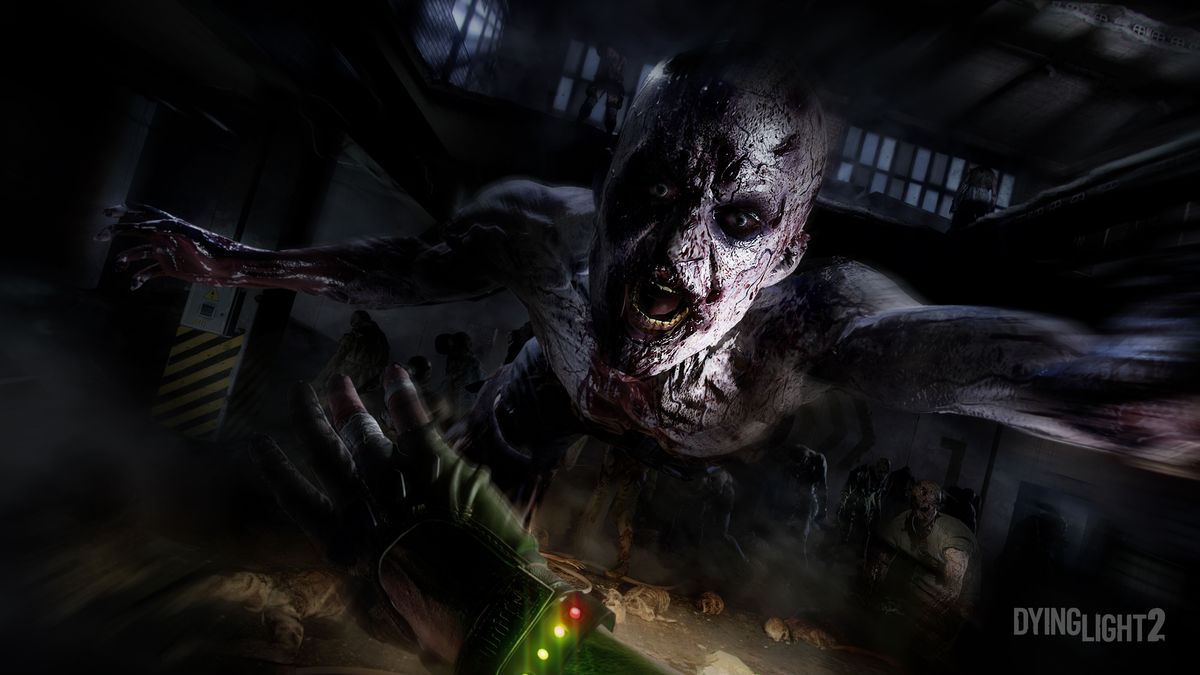 Confession time. I absolutely love the Dead Island games. I understand they are…..problematic, but I had a blast with them. Techland went back to the drawing board and came back with Dying Light and it was awesome. A blend of parkour and zombie survival, it floored me. Techland was a class act and continued to support the game for years after the game was released. This time we’re looking at the sequel to the (somewhat) cult hit and yes, this review took some time because there is a lot of game to get through.

In Dying Light 2: Stay Human you play as Kyle Crane……erm, no Aiden Caldwell. Aiden is a Pilgrim who travels the zombie-infested lands between populated settlements. Pilgrims are generally hated and feared in equal measure and are quickly booted from communities, despite being called for aid when needed. Aiden is preparing to settle in the city of Villedor, he is aware of the risk and the inevitable hatred he’ll receive but presses on in order to find his missing sister despite that. Villedor is embroiled in a civil war between the militarised Peacekeepers, the Survivors who live there peacefully and the thuggish Renegades….oh and the small matter of the zombies and Virals. To find his sister, Aiden needs help and uses his skills to settle the conflict and find answers.

A simple plot drives quite a complex narrative that goes well beyond its projected 20-hour run and while there are some stumbles and repetition, I was genuinely surprised how well Techland managed to pace the plot. Add in a massive amount of side quests with varying levels of quality, there is a staggering amount of good narrative and this all plays out whilst keeping you immersed in the world, now that’s impressive. The only downside here is the lack of player agency, yes there are choices to be made but the trailers and promotional material promised substantial abilities to navigate the plot and that is not the case. It’s certainly not something that ruins the game, but it is worth noting.

The most important focus of the gameplay is, of course, parkour. The first title did a relatively good job with the system, particularly with vertigo, but Techland have improved every single aspect by a considerable margin. Movement is more locomotion based as opposed to sprint-based and it allows you to string complex movements together seamlessly and at its peak, it’s every bit as satisfying as web-swinging in Marvel’s: Spider-Man. The open-world has been meticulously crafted with parkour in mind and the tools you get later in the game provide dozens of hours of fun simply traversing the streets. Combat is another focus of the game and first-person melee combat is always tough to nail. Techland have done a pretty solid job, it’s not perfect by any means but it makes as much sense as it can. The most controversial aspect of combat is the removal of guns (which ties into the narrative), there are opportunities to use ranged weapons as expected, but there aren’t any firearms.

You’ll be fighting all manner of human and infected enemies and there’s a great variety in each type. The game does a commendable job of throwing a varied mob of enemies at you to test your skill. Got the right set-up? You’ll slay anything in your path. If you’re unprepared you’ll be running for your life.

The first Dying Light game added the most interesting system besides parkour, and that’s the Day/Night cycle. During the day zombies prowl the streets, and at night tougher Viral roam. The sequel takes things even further. During the day the infected try to hide in buildings and rest and spread out at night, as do the deadly Virals. This gives you a choice, run around safely during the day but deal with Renegades or wait until night and try to loot buildings but be accosted by Virals? For plot reasons, you’ll have to do a mix of everything. Nighttime boosts your EXP if you survive as well as gives vital upgrades that you need to even have any hope of finishing the game.

There’s also a simple crafting system that allows players to make medicines and throw-ables, as well as weapon modifications. There are also plenty of combat and parkour upgrades that require you to actually engage in those fields. The most frustrating choice is weapon degradation, like in The Legend of Zelda: Breath of the Wild, your weapons will break, though it’s not as harsh as that game.

Much like the first game, it looks great. Sure, character models aren’t Naughty Dog quality but the environments are awesome and the scale-work is mightily impressive. Techland put an immense amount of love into their worlds and it shows. You may be wondering why I thought the protagonist was Kyle Crane (from the first game), that’s because he sounds exactly the same as Aiden. I know it’s not the same actor but damn Techland, that was confusing. To be fair the voice cast is pretty convincing, despite Aiden’s generic tough-guy voice. With a game this big, any issues with voice-over are forgivable to me. The soundtrack is great with the highlight being a score that increases tempo as you pick up speed.

I love games where you can see that the developers poured love into the project. It helps to mask flaws and while there are some flaws in Dying Light 2, the sheer effort Techland put into this game is enough to cover it. There is a massive amount of game and that can be daunting to many players ( I put well over 80 hours into the game and there was a massive amount of content left) and that’s before you even touch co-op. Sure, there’s some jank and a layer of an obviously low budget but all of that should be embraced. Games like this need our support, the devs who don’t quite break AAA are what we want, they avoid the stink of the AAA space to give us great games and that’s exactly what Dying Light 2 is.