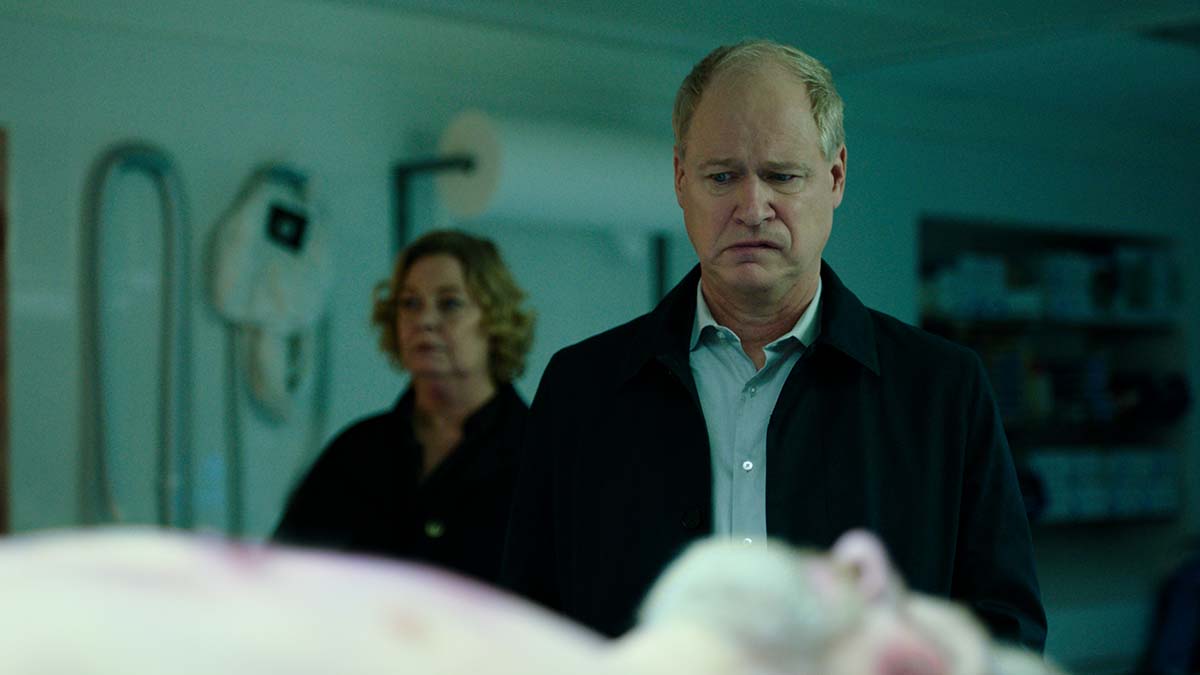 Following on from Season 1 of Walter Presents: ‘The Truth Will Out’, police detective Peter Wendel is still plagued by the apparent suicide of his brother, Urban, whilst at the same time trying to head an under-resourced group of misfits in his cold case unit. Peter constantly looks like he could do with a good holiday or change of lifestyle – the poor man’s clearly in a rut. And working in a windowless basement isn’t doing anything for his team’s well-being either.

Then his young daughter – who is far more on-the-ball that her befuddled father – turns up at the police station as an internee, much to his displeasure. “Just don’t give her a gun!”, is his parting shot to his boss, who has employed her. Peter is a man of few words who often drifts into daydreams (at one point burning the meatballs – surely a capital offense in Sweden).  He still blames himself for not being there for his brother and the responsibility lies heavy on his shoulders.

One evening, Peter is invited out for a night with his brother’s old unit. There he meets a close friend of Urban’s called Conny, who confides in Peter that he believes his brother may not have committed suicide after all. Peter always believed that his brother had been murdered, but was never able to prove it; could it be that he was right all along?

But the following day, whilst trying to find suitable recruits for his beleaguered unit, news reaches Peter that shocks him to the core. It’s another violent and unexpected death – and one that has personal implications for him. Asked to assist with the investigation, he notices a colleague behaving peculiarly at the crime scene. Could it be that this person had something to do with the death?

Peter is warned to simply focus on his part of the investigation, but he sneaks something out of the autopsy that only raises further questions about the case; and has connotations that go to the very top of the police force.

There’s more than a touch of the late, great Geoffrey Palmer in Robert Gustafsson’s portrayal of Peter – that melancholy, jowl-heavy look of a man with the weight of the world on his shoulders. Gustafsson is excellent in the role and is able supported by Louise Peterhoff as Caijsa and Ia Langhammer as the faithful Barbro.

‘The Truth Will Out’ (Det som göms i snö, in its native Swedish) is a superb crime drama, brilliantly acted and creatively written. There are some welcome comic moments, too, which nicely counteract the solemnity. The Scandinavians do this sort of dark police procedural very well, and this is another top example.

Walter Presents: ‘The Truth Will Out’ Season 2 premieres on Channel 4 on 13th February at 11.30pm. The full boxset is now available on Walter Presents via All 4.

In this article:All 4, Channel 4, The Truth Will Out, Walter Presents