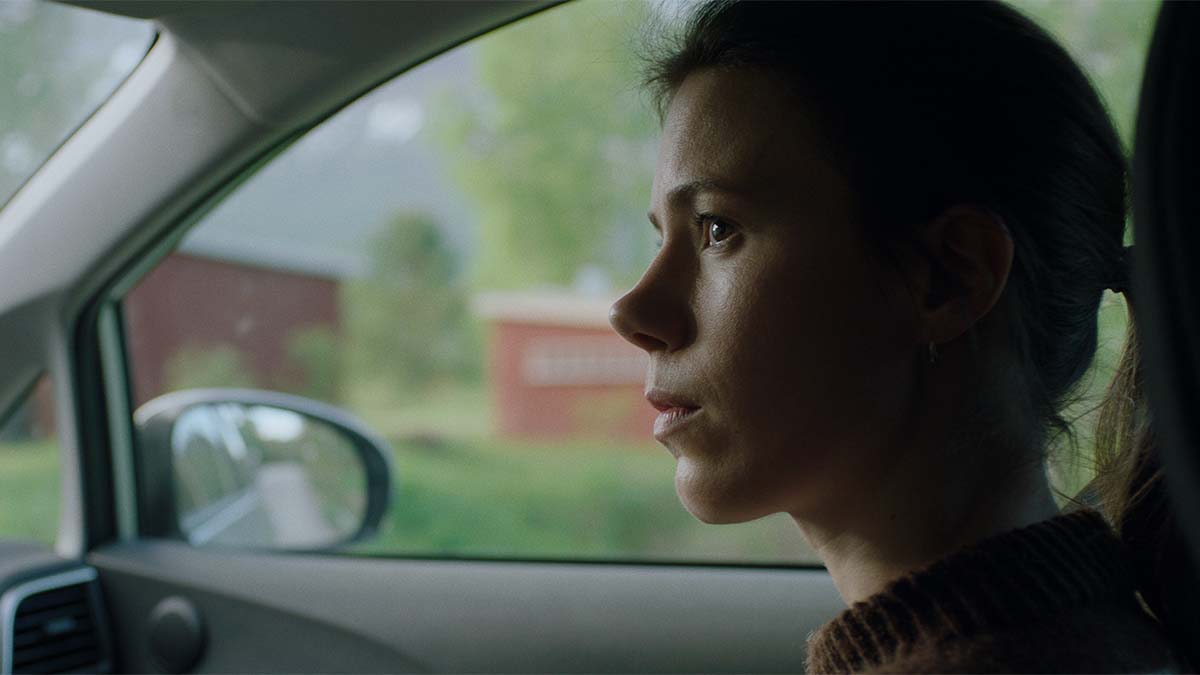 When we all feel safe about travelling overseas again, I’m guessing Scandinavia will be a popular destination once more. It has some wonderful cities and gorgeous scenery after all. But having seen so many creepy, hostile Nordic towns and villages – mostly courtesy of Walter Presents – I’m far from inclined to stray too far away from the big cities. I’m sure they’re very lovely and full of very nice people, but Nordic Noir is giving them a bad reputation over the years!

‘Outlier’ only adds to that standing. Set in the fictional village of Nerbygd in northern Norway, it revolves around the story of the murder of a young girl whose body was discovered in a caravan, miles away from her home. The police believe they’ve got the man responsible, but former Nerbygd resident Maja Angell (Hanne Mathisen Haga) – who now happens to be a criminal psychologist based in London – isn’t so sure. The man accused doesn’t fit the profile for such a premeditated killer. So, she heads home – against the advice of her English boyfriend – to offer her services.

Unsurprisingly, the local Norwegian police aren’t happy about having her back to interfere in their investigations; her abrupt and arrogant manner manages to ruffle more than a few feathers (not surprisingly, actually – I did find her quite annoying). She is also reunited with her parents; although we don’t know the full story after one episode, clearly something happened some years ago that seriously affected her relationship with her mother. Presumably this relates to her dead brother, Petter, who died twenty years previously.

The arrest of a local troublemaker for the murder seems somewhat unrealistic – even the most rudimentary of police investigations would surely require something like fingerprints or DNA evidence before deciding to arrest someone just because he’s a bit of a local ne’er-do-well. Therefore I’m struggling to come to terms with the likelihood of the basic scenario of the storyline. And then there’s Maja. She’s a humourless, dour character that’s hard to sympathise and engage with; and whilst she appears to be entirely correct in her assumption about the apparent injustice of the arrest, the way she goes about righting the wrong doesn’t ring true somehow.

But perhaps things will improve over subsequent episodes. The setting – it was filmed in the Troms and Finnmark regions of Norway, right at the extreme north of the country – is stunning. And it was set in mid-summer, so the sun never sets, adding an interesting twist to the atmosphere.

As we learn more about Maja’s backstory, her character will likely become more three-dimensional and endearing. Having read-up about future episodes, it seems there are very good reasons for her being the way she is – you will have to tune in to see what they are.

Despite my reservations, I did enjoy the show and am keen to see how later episodes pan-out. Hopefully this will be a grower.

Walter Presents: ‘Outlier’ will premiere on Channel 4 on Sunday 9th January 2022 at 11pm. The full boxset is available on Walter Presents via All 4 on Friday 7th January.

Advertisement. Scroll to continue reading.
In this article:Outlier, Walter Presents