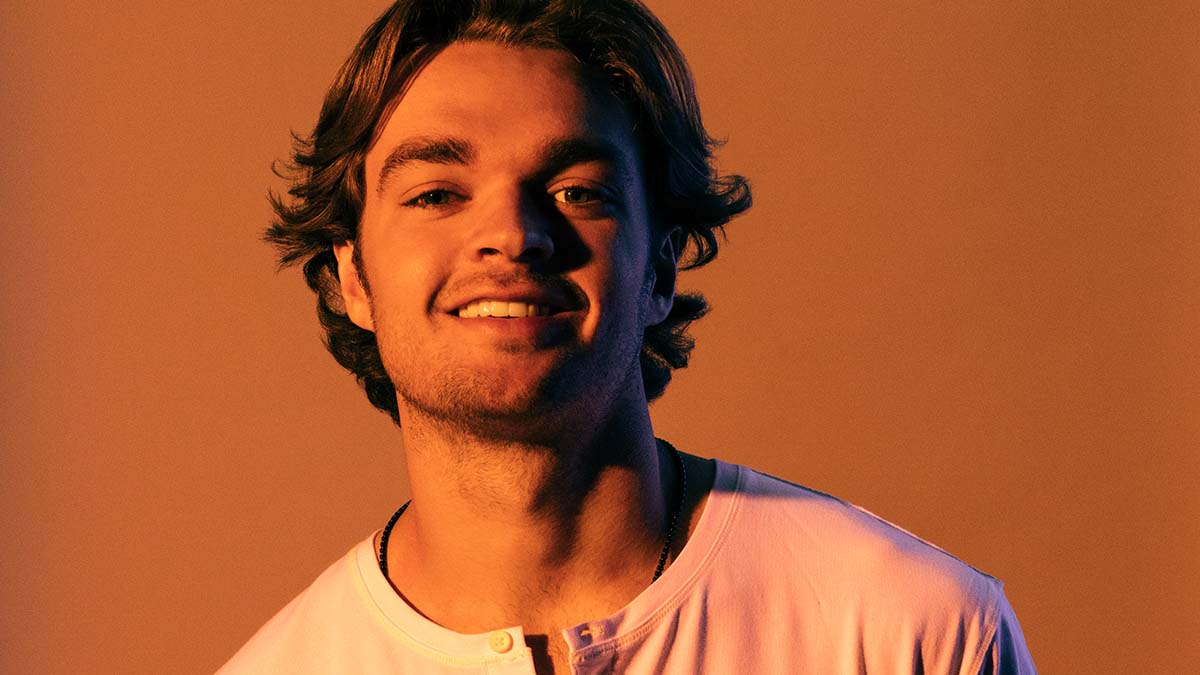 Conner Smith was signed to a publishing deal at the age of 9 years old and he’s already got more than a decade of experience under his belt as he launches his artist career.

With a handful of releases on streaming and download services, and his song ‘Learn From It’ doing well at radio, Conner has had a breakthrough year. With a hectic 2022 planned, it looks like he could well be one of the breakout stars of the next year.

I spoke with Conner recently to talk about his 2021 releases, discuss his early career start, and to find out his plans for 2022…

You’ve released a number of songs over the course of the year and it feels like things are starting to take off for you. How has it been for you?

It’s been such a special year. I had someone say to me the other day, and it’s so true, ‘I feel like you’ve had so many birthdays this year because there’s been so many things to celebrate’. It’s just one thing after another, so many blessings that I don’t take for granted. It’s just been a special year. I released my first two songs in late June of this year and it took forever to get those songs out. Now we’re sitting here in November with with five songs out, with a song on the radio, with songs that have been cut by other artists and with all these tours lined up for next year. It’s crazy how fast it happens. It really feels like there’s an analogy of bamboo and how bamboo takes five years to grow under the ground before it ever comes up, and right when it comes up, it shoots up in two weeks. It’s felt like that. We’ve been planting seeds and it feels like it’s been paying off. It’s cool to see all these dreams that you dream about come true and there’s a lot more to come, and a lot more exciting stuff for next year too.

These songs have been going viral, especially on TikTok, and fans are reacting very strongly to them. What’s that been like?

It is really rewarding. It’s really cool. As a new artist, you really get to feel momentum and so feeling the momentum of this thing has just been so special. Every show feels like it gets bigger and every show it feels like they sing a little bit louder. ‘I Hate Alabama’ has really changed so much for me and my career, it’s just taken off. I’m really starting to get people to at least know the name. ‘Learn From It’ has been doing great on radio. It’s just been cool to have all these songs take on their own life and not be reliant on the radio single or just one song. ‘Take It Slow’ people seem to be loving and then of course, ‘Why I Can’t Leave’ just came out. It’s cool to see people loving the music from all different angles and people really grabbing on to what I’m doing and what my band’s doing, and what we’re trying to put out there. It feels like all the hard work and everything that we hoped for is panning out.

‘Why I Can’t Leave’ feels a little bit different to me than the other songs. Tell me a little bit about the story behind it…

‘Why I Can’t Leave’ is one of the first songs that I wrote that I was like, ‘this is who I want to be, this is what I want to say, this is what I want to sound like’. It really was a roadmap for me. I signed my record in 2019, right out of high school, and then COVID happened. It gave me this whole year of just a pause where I couldn’t do anything. At first that’s brutal but I looked at myself and was like, ‘alright, how am I going to use this to my advantage?’ and for me that was just writing so many songs and working my butt off. We wrote so many songs over the last year and it became such a blessing because I could just sit here now with so many songs I’m so proud of. ‘Why I Can’t Leave’ is a song wrote in that last year that really put things into perspective. I had the hook of, ‘that’s why you can’t stay and why I can’t leave’ and brought that to my co-writers Matt Jenkins and Ben Hayslip, and wrote it pretty quick. It was just us three dudes and a guitar. We wrote that song in about two and a half hours and did a little voice memo of it and got a demo done. When we got that demo back it felt pretty big. Over time that song just grew and grew, and we finally got to go into the studio and get it done. That song is just a great Country song to me and something I’m really proud of.

You were signed as a songwriter to BMI at the age of 9, which blows my mind. What was that experience like at such a young age?

When I read that back, it blows my mind as well. I have conversations with nine year olds now and I’m like, ‘I was writing songs and signing things at this age’. It’s a product of growing up in Nashville, growing up in it and around it. At six years old, I learned what a songwriter was and that’s all I wanted to be. I was just writing songs every single day and Clay Bradley, who is now the head of BMI Nashville, he heard a story about me writing the songs, and he had me come in and play them. I went in and played a few songs, these songs weren’t good by any means but they had a structure to them and I knew what I was doing. He was like, ‘man, these songs are better than half the people we have signed here. I would love to have you sign here’. He helped mentor me a little bit and helped me meet other songwriters. Having someone like that believe in you that early was massive and really kept me going, and fed that fuel to want to just work so hard and write songs every day. Growing up, songwriters were always these people that I admired so much and looked up to, and studied. Now the coolest part is to be in rooms with those people and collaborate with them and get to work with them and really be friends. It’s cool to get to live that dream that I’ve had since I was I was six.

Before you released your own music, you had over a decade of songwriting under your belt. What has that afforded you and how has that helped in terms of honing your craft?

It’s massive. I can’t overstate the advantage that I got from being in Nashville, from being around it and from learning so early that being a songwriter is a job. Most people’s stories, they figure that out in college or they even move to Nashville and just wanted to work in music and then they found out being a songwriter is job and they tried it out and we’re good at it. They always say Nashville is a 10-year town, and always joke because I started at six years old. I signed my publishing deal at 16 so it maps out. I feel so lucky and fortunate being around people that encouraged it. My parents, when I say I want to be a songwriter, they don’t look at me like I’m crazy. I’ve always been super proud to be from Tennessee and Nashville. I never had to move anywhere to chase a dream. I signed my publishing deal in high school and I was able to stay at my school that I went to my whole life. I stayed playing on the baseball team. During the day, I would go write songs with these hit songwriters. It’s a really cool story and something I’m thankful for.

You’re signed to Valory Music Co. which is  part of Big Machine. What’s it like to have that machine behind you?

Man, I can’t say enough good things about the people that I get to work with between Big Machine and Valory. Their belief in me and the way that they have really championed me from day one … the belief in me from when I signed to now that we’re putting out music and them putting everything they have, and working their butts off for me has been massive. So much of success in this industry of Country music is about your team and the people you have behind you. Thankfully, they see that I’m working my butt off, working 24/7 and doing everything that I can on my part so to have them reciprocate that has been massive. It’s special to have people that you love and trust in your circle and especially for them to love and trust you back. I feel really fortunate with with what we have going on right now and really feel like we’re building something special.

Yeah, they’ve done it before and I’m hoping they’ll do it again!

It’s shaping up busy in the best way. They say when you start as an artist, you live on the road as a nomad for about three years and it’s been true so far. I started a radio tour August 1, and rarely get to come home. Next year is going to be even busier. We’ve got a lot of shows. We’ll start off the year playing a show with Thomas Rhett for New Year’s Eve in Minnesota, and then we’ll hit the road with Ryan Hurd at the beginning of next year. Then we’re doing a spring break festival in Cancun, which we’re all excited for, and then a very, very busy summer with shows that will be announced soon. We’re really excited for when that happens. In between, we’re just working the song on radio. A lot of shows so I’m gonna have to figure out where I’m gonna be writing in the middle of that, and then I’ve got an EP coming out at the beginning of next year, and probably an album at some point in the year as well. I’m excited for what’s to come and I’m excited to get some rest in December and take a couple of deep breaths before I dive into it.

Exactly! I’ve really started to realise the importance of my time and really using my time well, and using the time when I need to just sit there and be quiet and be still and take some rest. Everything changing right now so figuring out that balance has been key.

Conner Smith’s new song ‘Why I Can’t Leave’ is out now. Take a listen to it below:

In this article:Conner Smith, Featured