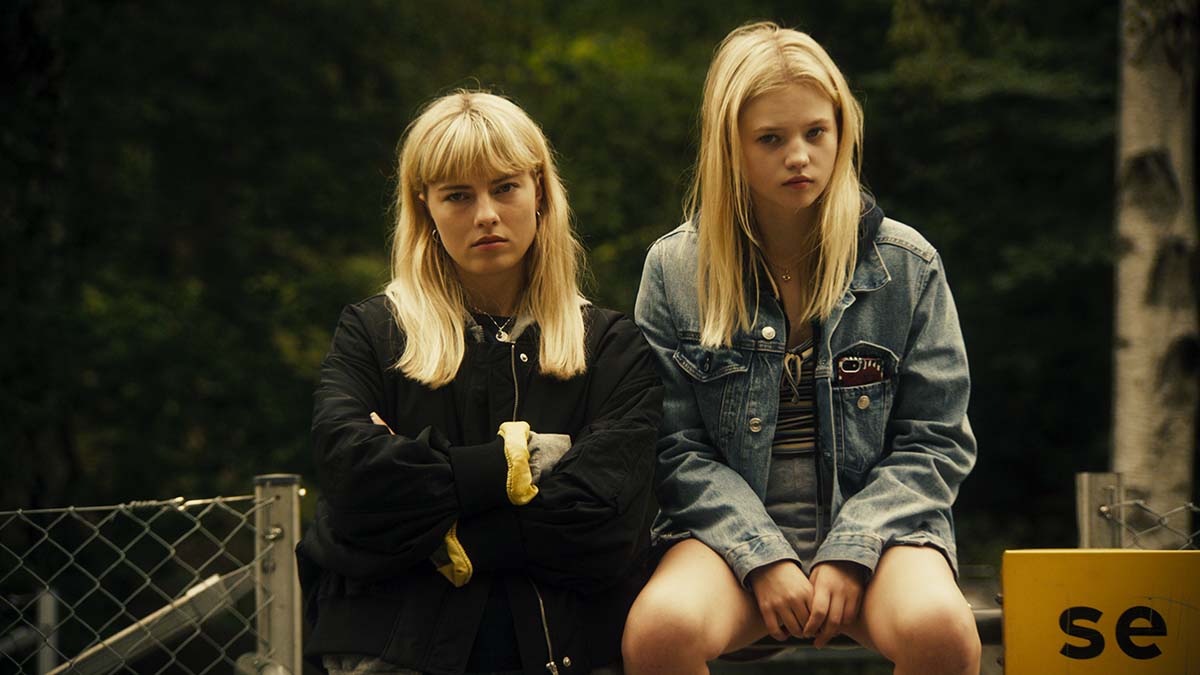 This is one of the most unusual shows that Walter Presents have even given us. The press release mentions the iconic – and, it has to be said, decidedly odd – film ‘Midsommar’ (2019) as a point of reference, and I can totally see that.

If you want to avoid all spoilers for ‘Partisan’, stop reading now.

It’s set in Jordnära, a strange gated community run by the creepy Kent, Susanne and Maud (played by Anna Björk, who’s been in ‘The Bridge’, ‘Rebecka Martinsson: Arctic Murders’ and ‘Quicksand’). The community farms vegetables grown according to strict organic principles. Nothing wrong with that, you say; but there’s so much more to Jordnära than untreated carrots and cauliflower. Life there is strict and controlled, and there’s a cult-like regime schooling young people in the art of gymnastics.

Arriving at the community are Nicola, Maria and Johnny. Nicole and Maria are teenage sisters; two typically Swedish young girls who have been raised in foster care over the years. Johnny is sent to pick them up and take them to the community, where Kent and co are waiting to receive their new recruits. We learn very early on that the elder sister, Nicole, is a bit of wild-child. When Johnny stops for petrol, she asks him to get her cigarettes. And whilst he’s paying for the petrol, the two girls – led by Nicole – escape from the car and run across fields to escape. Johnny catches them and takes them back to the car, but it’s very evident they really don’t want to go there.

Johnny remains on site and is employed as a labourer at the farm. He’s an Arab man – no-one can quite believe someone of his ethnicity is called Johnny – and soon becomes the victim of discrimination by other employees. Johnny is played by the excellent Fares Fares (a Swedish-Lebanese actor), whom you might recognise from a number of Hollywood blockbusters such as ‘Zero Dark Thirty’, ‘Safe House’, ‘Child 44’ and – as Senator Vespar – ‘Rogue One: A Star Wars Story’ from 2016. He was also in the excellent HBO series, ‘Tyrant’.

Johnny is roused in the middle of the night to help dig what appears to be a two-metres deep grave in the forest. But when Kent discovers what’s happening, he is unhappy with the other employees for drafting in Johnny. And when he returns to his quarters, we learn that Johnny is hiding a secret of his own.

It’s intriguing stuff. It’s quite slow-paced, but that has the advantage of ramping up the tension. The acting is superb throughout, and it’s tastefully shot. The use of a haunting soundtrack (by Amir Chamdin) is a nice touch, too. The theme is Leonard Cohen’s ‘The Partisan’ – another excellent choice.

I thoroughly enjoyed the opening salvo of this series, and I’m intrigued to see what becomes of Johnny, Nicole and Maria.

Walter Presents: ‘Partisan’ airs on Channel 4 tonight (21st November) at 11pm and is available as a boxset on All 4.

In this article:Partisan, Walter Presents