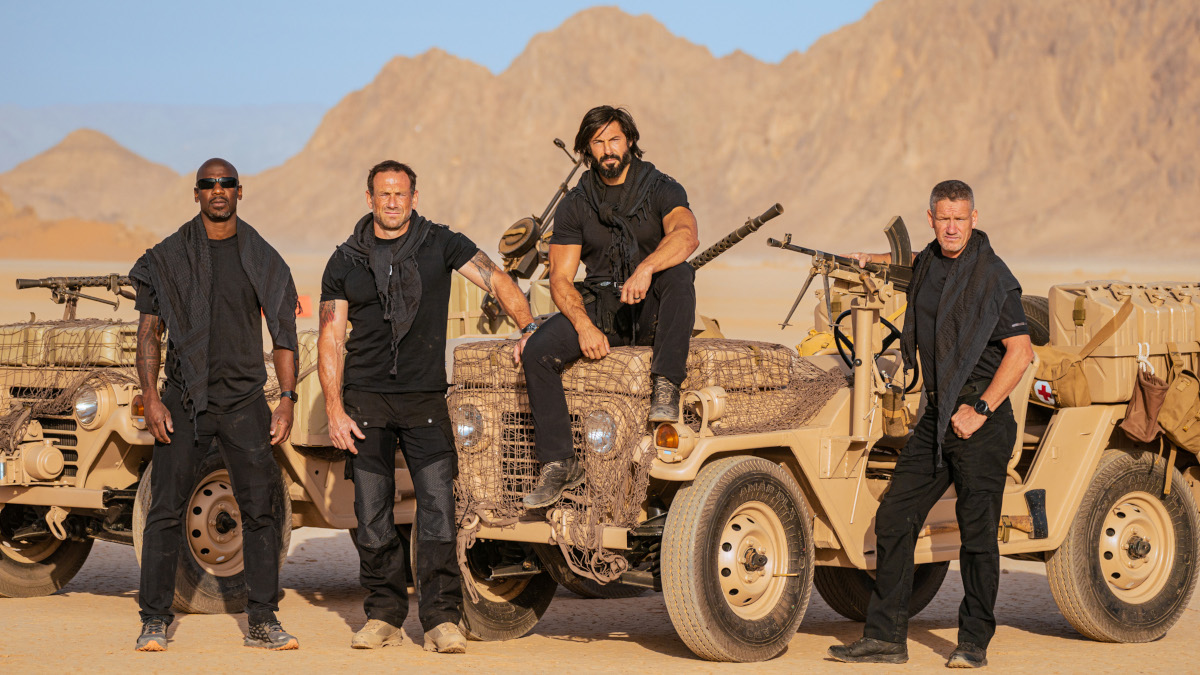 Two former United States Special Forces operators have been drafted in to serve as new members of the SAS: Who Dares Wins Directing Staff (DS) when the series returns to Channel 4 next year. Former United States Recon Marine, Rudy Reyes is the new Chief Instructor, and together with new DS – former US Navy SEAL – Remi Adeleke, they will join Foxy (Jason Fox) and Billy (Mark Billingham) to form the new, elite SAS: Who Dares Wins DS team. The new civilian and celebrity series will this time be filmed in a newly created, secret, SAS military base in a most spectacular but harsh terrain in Jordan.

Further cementing the “special relationship” between the United Kingdom and United States, the new Directing Staff band of brothers will join forces to draw on their military experiences from both sides of the Atlantic, to create the toughest selection course yet. Testing their mental and physical ability, in the unforgiving Middle Eastern heat in Jordan, the new cohort of civilian and celebrity recruits will discover whether they have what it takes to pass this unique SAS selection course.

New Chief Instructor, Rudy Reyes (50) is a highly decorated Special Forces operator with multiple military awards to his name. He joined the United States Marine Corps and was ultimately selected for (and passed) Marine Recon training – an elite fighting force of only 300 troops. He was a team leader for over 50 patrols behind enemy lines, being honoured as team leader of the year when he lead operations in Fallujah and Ramadhi, Iraq. Rudy was a member of the lead combat force that entered both Afghanistan and Iraq and his unit was depicted in the book and HBO mini-series Generation Kill, in which he played himself.

Rudy, who also has a background in martial arts, left the military in 2005. He has since worked in both film and TV. Most notably, he starred as one of the interviewees in the 2020 documentary series Once Upon a Time in Iraq.

Thirty nine year old Remi Adeleke is a former SEAL, who was born in West Africa and brought up in New York City. He joined the Navy in 2002 and later the elite Navy SEAL programme, serving for 13 years on active duty.

Chief Instructor, Rudy Reyes said: “To be part of SAS: Who Dares Wins – the hardest selection course on television – is one the greatest privileges of my life. And to be named Chief Instructor is a huge honour – made even more rewarding working alongside Billy, Foxy and Remi – heroes on and off screen.”

Directing Staff, Remi Adeleke added: “Since I departed from the military in 2016 my main focus in life has been to inspire, motivate and educate people— whether through writing, speaking or visual storytelling. Therefore I am very grateful to the SAS: Who Dares Wins team – especially my SOF brothers Billy, Foxy, Rudy – for allowing me to be a part of this unique, inspirational and transformative experience. And through this amazing show, I’m looking forward to playing a role in changing the lives of many “recruits” and viewers around the world.”

Foxy commented: “Having worked closely with our US brothers in the past it’s great to be back with them delivering next level brutality on this new selection course, in the most savage of environments. Definitely the spiciest one yet…Hoorah!…as my American Marine brothers would say!”

Billy added: “20+ years of collaboration ,from a young paratrooper working with an 82nd Airborne, to smashing targets side by side with Delta Force . It’s great to reconnect our bond across the pond.”

In this article:Channel 4, SAS Who Dares Wins