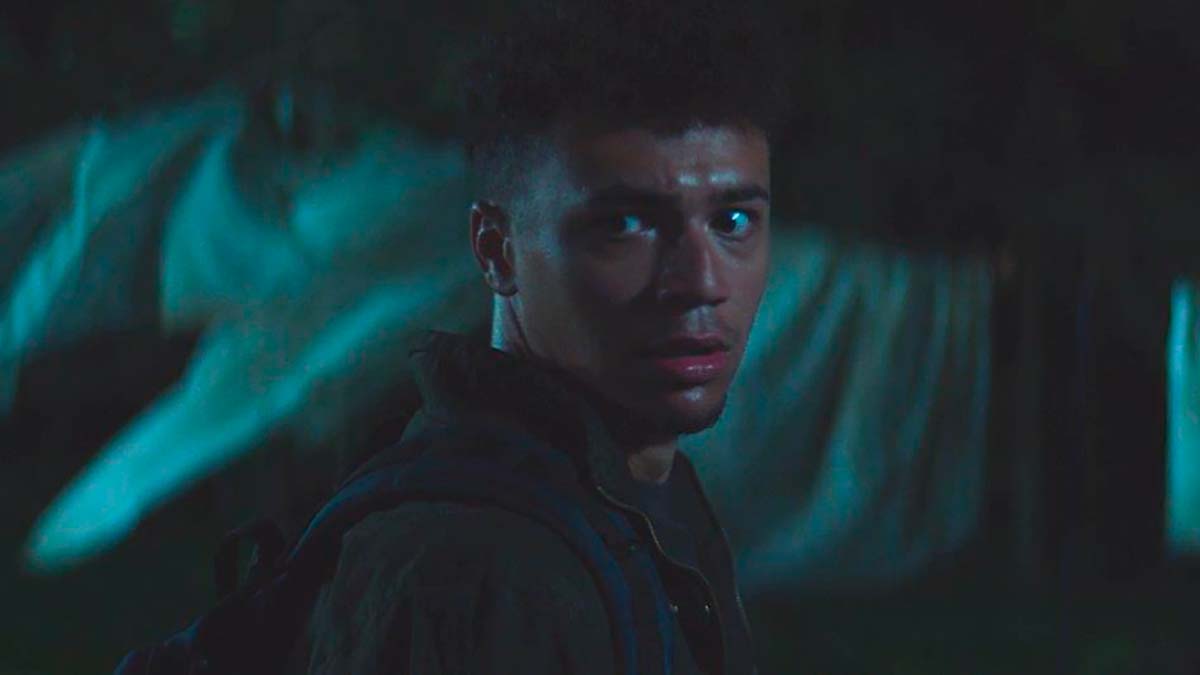 ‘Walking Against The Rain’, the apocalyptic monster road movie that is the debut horror feature from Scott Lyus, has entered post-production.

Directed by Lyus, the graphic tale of two strangers navigating their way through a barren landscape, was shot in fifteen days in locations including Kirklinton Hall & Gardens, Eden Valley Railway and Lake Buttermere.

Set six months after a biblical plague has fallen upon the world, ‘Walking Against The Rain’ tells the story of two strangers, Tommy (Reece Douglas) and Blair (Sophia Eleni) who are navigating their way across a barren landscape in a desperate attempt to find each other. With their only form of communication being two soon-to-die battery operated radio mics and with a new evil in the shape of ‘The Forsaken’ tracking them down, they must learn to confront loss and rediscover a trust in humanity. Or die.

Co-producers and long-term collaborators Lyus and Chris Nials, have created several successful short films, including ‘Silently Within Your Shadow’, ‘Echoes of the Passed’ and, most recently, the multi award winning ‘Black Mass’.

Lyus commentated: “Production on ‘Walking Against the Rain’ was a dream come true. The crew delivered above and beyond, with the cast bringing each character to life in breath-taking ways. I got to work with some of the most talented people in indie film, with everyone pulling in the same direction to create a unique and spellbinding monster movie. I cannot wait to put the film together and unleash it upon the world.”

Advertisement. Scroll to continue reading.
In this article:Scott Lyus, Walking Against The Rain