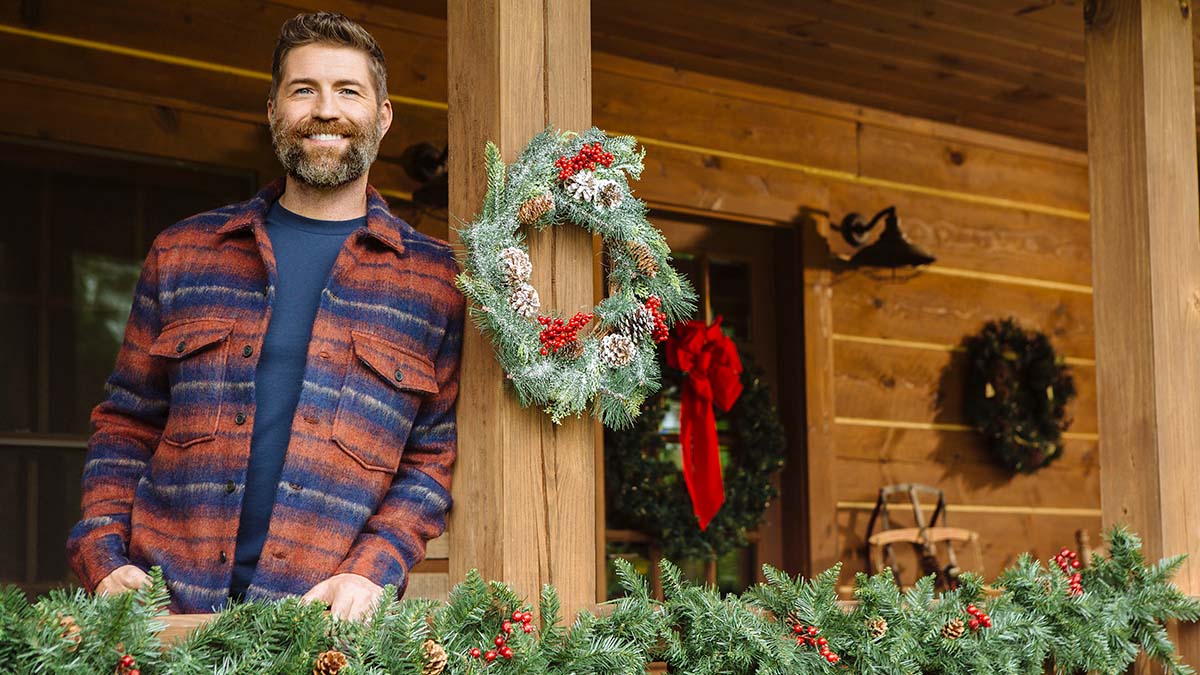 Josh Turner is one of the most respected and popular artists in Country music, and the last few years have seen him remarkably productive in terms of his output. Since the release of 2017’s ‘Deep South’ Turner has been releasing music on a yearly basis. His 2018 album ‘I Serve a Savior’ received an expanded release in 2019, in 2020 we got his covers album ‘Country State of Mind’ and earlier this year Turner released a deluxe edition of his classic 2006 album ‘Your Man’ to celebrate its 15th anniversary. Before we reach the end of 2021, Turner is serving up even more music with his first Christmas album ‘King Size Manger’.

Among the 11 tracks on ‘King Size Manger’ are four originals – three co-written by Turner – allowing the singer to add his own future classics into the mix. With Kenny Greenberg on production, the songs here sound distinctly Turner while retaining that familiar Christmas edge. The album opens with the familiar ‘Angels We Have Heard On High’ but as you’d expect from Turner, his interpretation is unique rather than trying to imitate versions that have come before. It’s the most uptempo version of the song I’ve heard but it works and it kicks off an album that is sure to appeal to Turner’s fans and those who prefer their Christmas songs with less melancholy.

Of the original songs the title track ‘King Size Manger’ is the highlight. It marries Turner’s ability to combine a catchy melody with his faith, and as ‘I Serve a Savior’ proved his fans really embrace his more religious output. ‘What He’s Given Me’ featuring Pat McLaughlin is another highlight with Turner embracing Country tradition for a stirring original track.

One of the highlights on the album comes on ‘Have Yourself a Merry Little Christmas’, which features Turner’s wife Jennifer and his four children. The song really drives home the importance of family during the festive season and it’s a special moment. It’s also perhaps the most traditional arrangement on the record, which serves the song well as it’s one that doesn’t need bells and whistles.

Turner acquits himself well on the standards he covers here. The uptempo ‘Go Tell It On The Mountain’ is completely in his wheelhouse, while ‘Joy To The World’ featuring Rhonda Vincent gives the classic a bouncy beat turning it into a smile-inducing tune. The album closes with ‘Silent Night, Holy Night’, which retains the simple arrangement you so often hear when people cover it. Turner’s voice rings out and his passion shines through in his delivery.

‘King Size Manger’ is everything you’d want from a Josh Turner Christmas album. For some Christmas music fans, it may not be festive enough but it’s interesting to hear a fresh take on a holiday collection. This fits neatly among Turner’s previous work, something he was adamant about when he set about making the album, and it gives him plenty of material to perform during the holidays for years to come.