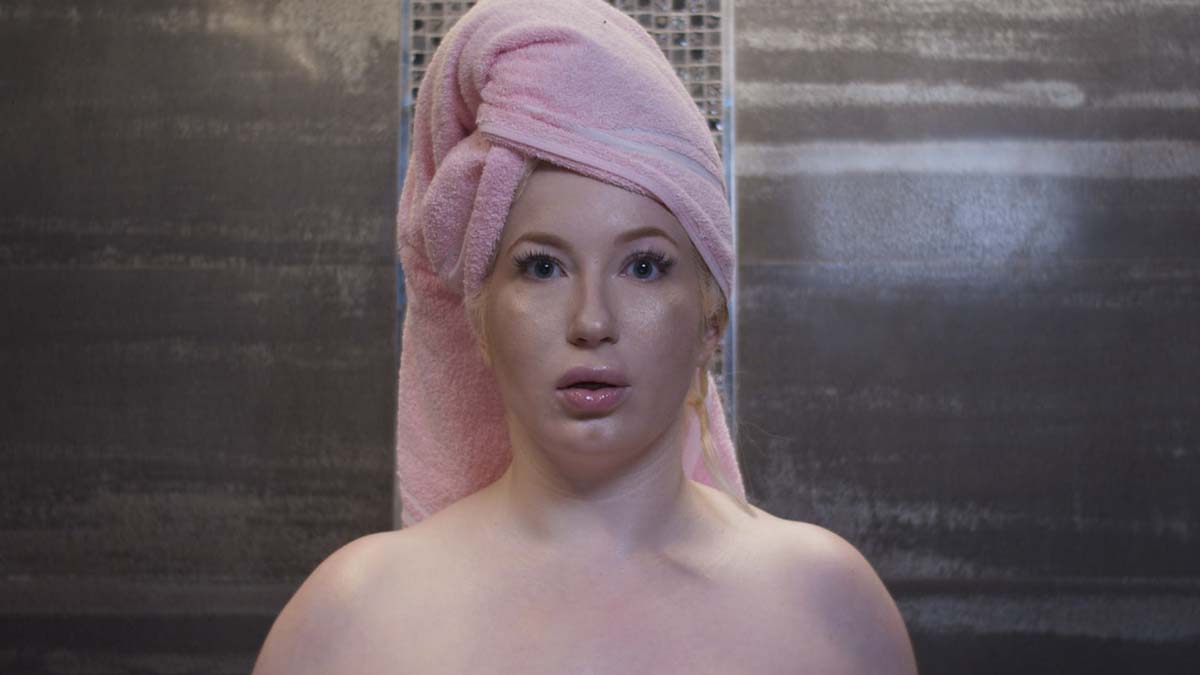 Social media influencer Abbie Rose (Kasia Szarek) spends her days and nights broadcasting her life for her millions of adoring fans. When she signs a contract with Nutrocon, a cosmetic company with little respect for ethics, Abbie finds her home targeted by an activist group. With their own plan in mind, the actvisits hold Abbie captive in her own home and force her to film videos advertising a mysterious new makeup kit. Pretty soon it becomes clear what the activists’ motive is as Abbie tries to get through the ordeal.

‘The Influencer’ is the first film from writer and director Meghan Weinstein, and it aims to provide commentary on the obsession we all have with social media. The majority of us are glued to our phones, or screens, for most of every day as we live our lives vicariously through ‘influencers’ and ‘celebrities’ who are promoting whatever products they are being paid to. Quite often, social media followers blindly do what they’re told so Weinstein’s film feels very timely arriving after we’ve all been using social media more than ever thanks to the global pandemic.

What starts off as an intriguing film soon descends into a bit of a slog and the fun that could have been had with this premise is sadly bypassed. Kasia Szarek, a real-life influencer and comedian, is vibrant in the central role of Abbie but the film doesn’t know how to utilise her. For too much of it she’s tied up or restricted, and we spend more time than is necessary with the hackers. I understand that Weinstein wanted to humanise the hackers so they aren’t just faceless villains but in this instance I’m not sure the film needed it.

The biggest problem with the film is that it’s just a bit dull. After such a vibrant and colourful opening, it quickly dwindles to a classic hostage drama and loses the zippy fun it started with. The story could have been told as a short rather than a 90-minute film so the screenplay feels overly bloated. There’s also not enough material for Szarek to work with, and honestly she’s the main reason I watched it through to the end.

‘The Influencer’ never quite manages to be the commentary it wants to be on social media and our obsession with it. There’s a good premise in there but film feels too restricted, like its central character Abbie, to allow you to really get into it. It’s a classic case of style over substance and any message the film is trying to portray sadly gets lost along the way. As an exploration of social media it barely scratches the surface and as a comment about greed and consumerism it just sadly doesn’t go deep enough.