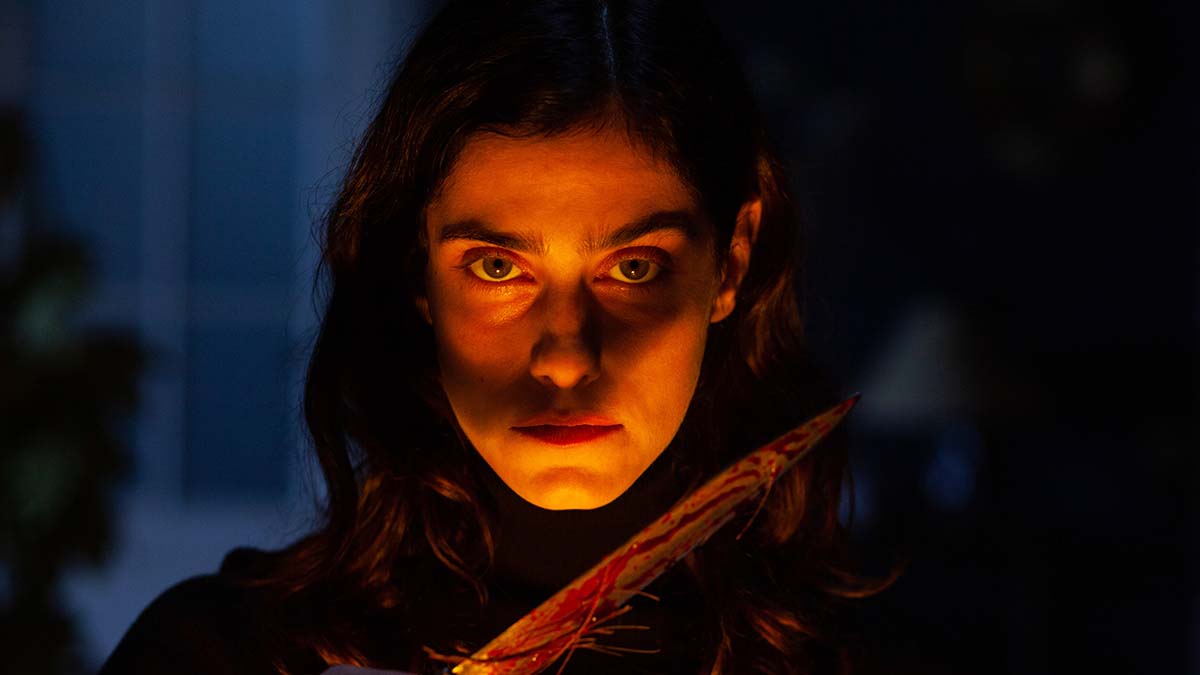 Eva (Eugénie Derouand) was a dancer until an accident left her paraplegic. For her birthday Eva’s friend Sophie (Honorine Magnier) visits and brings with her an old-fashioned advent calendar from Germany. Together they open it and find a list of rules stating that each candy must be eaten and the advent calendar must not be discarded otherwise the recipient will be killed. At first Eva doesn’t take it seriously but when it begins to demand she open it on the stroke of midnight every day, she becomes addicted – especially when it seems to be making her wishes come true. Before long, Eva realises that her wishes are granted with very dark consequences but it’s too late for her to stop what she’s started.

‘The Advent Calendar’ is the feature directorial debut from actor Patrick Ridremont, who also wrote the screenplay. Based around a far-fetched but hugely entertaining premise, the film is one that you can enjoy from start to finish despite it getting sillier the longer it goes on. The advent calendar plays on Eva’s wishes to walk again, promising her that with every day she opens she’ll be closer to being able to get back on her feet again. Soon opening the calendar becomes an addiction, with Eva acting very much like a junkie eager for her next fix.

While the calendar seems to be harmless at first allowing Eva to reconnect with her ailing father and attracting the attention of a man she’s too scared to ask out, it’s true nature is revealed as the calendar – and whatever is driving it – is hellbent on making those pay who have caused Eva suffering. She tries to shrug off the events that take place once they get darker but when she works out her actions are connected to what’s happening, she’s locked into a battle between desire and conscience.

The central premise of Ridremont’s story is intriguing and it’s a clever twist on the traditional advent calendar, which is supposed to bring a sugar rush of joy each day rather than a nasty gruesome death. The first half of the film sees the plot unfolding with some degree of believability but with 25 doors to open, it’s inevitable that things go a little off the rails. That doesn’t stop the film from being entertaining but it did solicit a fair few laughs from the audience at Arrow Video FrightFest.

Despite the silly material, lead actress Eugénie Derouand commits impressively. She makes sure you go along for the ride with Eva even when you don’t agree with her actions or even particularly like her. You feel she’s in an impossible situation and the ambiguous ending will leave you feeling plenty of feelings towards her. It really is Derouand’s film and she brings to mind a young Eva Green at times.

‘The Advent Calendar’ is a silly but very entertaining film. You’re not going to get any strong messages from it or learn anything new, but you can switch your brain off and enjoy the ride. Sometimes that’s all you really want from a horror movie and ‘The Advent Calendar’ has guilty pleasure written all over it. It’s well-acted, well-directed and has a solid screenplay, and for a first time feature, I’d chalk that up as a big success for Ridremont.