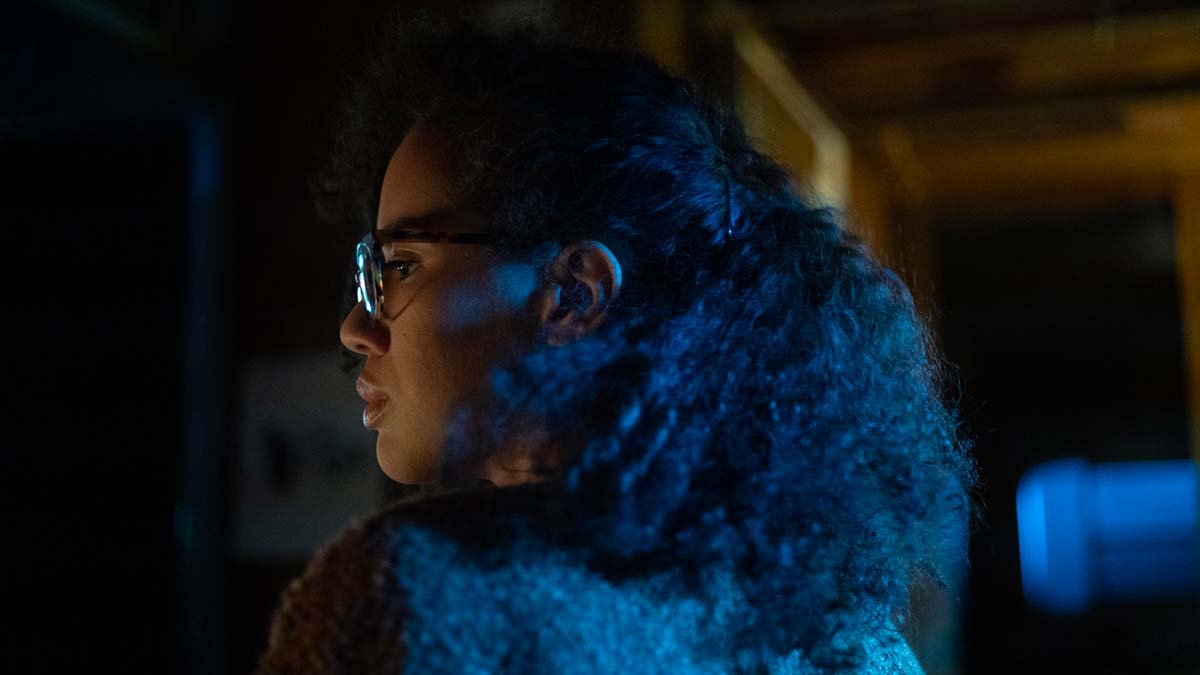 As a child Alexis (Jasmin Savoy Brown) witnesses the brutal murder of her mother at the hands of her father, and she bludgeons him to death to stop him. That act causes her to regain her hearing and develop Synaesthesia, a neurological condition that allows her to experience a rush in her brain when she hears certain sounds. As an adult, Alexis discovers that she experiences pleasure when she hears the sounds of bodily harm and she begins devising methods to cause people pain so she can create a symphonic masterpiece.

Writer/director Alex Noyer has come up with a unique idea with ‘Sound of Violence’ and his premise is one that is likely to make the audience very uncomfortable. Noyer sets out his intention straightaway, showing us the gruesome murder of Alexis’ mother and then the young girl picking up a meat hammer to off her father. The minute the hammer hits his head, Alexis feels a rush, which is displayed as swirls of colours.

Things escalate quickly from there and the kills get more inventive as Alexis’ grip on her own morals loosen. Soon she’s orchestrating situations to heighten her experience further, and her unpredictable behaviour starts to concern Marie. We get to see Alexis unravel as she falls deeper into her new obsession, drawing parallels with an addict who can’t control their urges and is looking for the next high to outdo the last one.

Jasmin Savoy Brown, best-known for her work on ‘The Leftovers’ and ‘For The People’, tackles a very different character here. It would be very easy for Alexis to be a very unlikeable character, and honestly in parts of the film she is, but Brown brings out the character’s human side. She also leaves you questioning whether Alexis is a disturbed woman due to her childhood trauma or if there’s something deeper there that’s always lived inside her. Lili Simmons is strong too as Alexis’ unsuspecting room-mate Marie, who ignores her friend’s oddities accepting them as quirks rather than anything more sinister.

‘Sound of Violence’ is a bold idea from Noyer and it’s a film that is likely to stay with you once you’ve seen it. Alexis isn’t your typical cold-blooded killer and that makes the film harder to digest. While you never sympathise with Alexis’ actions, you hold onto the hope that she might realise what she’s doing is wrong. ‘Sound of Violence’ has some seriously chilling moments and it proves to be a sensory experience not just for Alexis, but for the audience too.