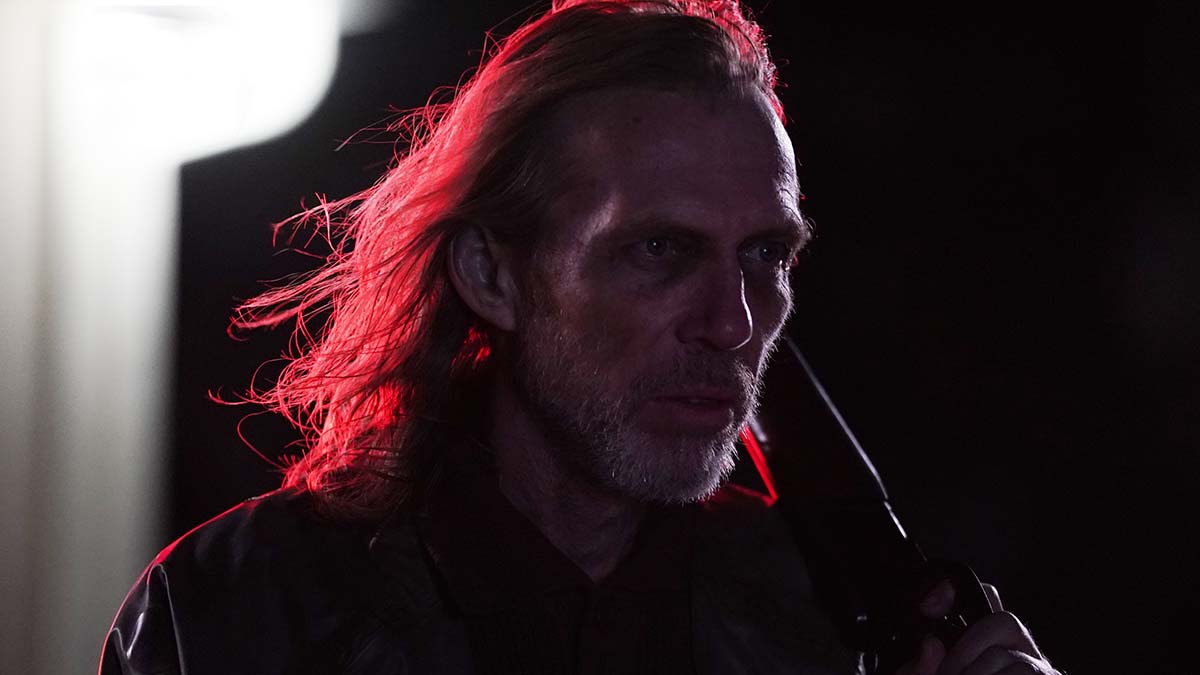 Marie Aldrich (Jocelin Donahue) receives a letter asking her to visit the island where her actress mother Ava (Melora Walters) was buried after her grave is vandalised. Reluctantly Marie takes a trip with her non-too happy boyfriend George (Joe Swanberg) but upon arrival the cemetery caretaker is nowhere to be found. As they search the town for him, the couple soon realises that something strange is happening but before they can leave, the bridge connecting the island to the mainland is raised leaving them stranded.

‘Offseason’ is the latest film from Mickey Keating and it’s a strange Southern Gothic tale with a bit of folk horror thrown in. Marie’s trip back to the island is filled with fear as it’s explained that Ava begged and pleaded that her ashes and body should not be taken to the island after her death. Of course, that’s exactly what happened due to Ava’s will stipulating that’s where she’d like to be laid to rest, much to the dismay of Ava who tried to contest it. With no choice, Marie arrives on the island and it doesn’t take long for her to see strange lifeless people with white eyes surrounding her in the woods next to the beach.

In a nice homage to ‘An American Werewolf in London’, Marie and George find themselves stared at when they walk into the local bar to complete silence. Marie is offered ‘a friend’ by a fisherman (Jeremy Gardner) should she need one during her time on the island but understandably she’s not keen to take up the man’s offer. From that point the film ramps up the atmosphere and significantly dials down the plot. Aside from a revelation from Marie that somewhat explains the town’s strange behaviour, the film switches to ‘Silent Hill’ mode as Marie runs from nightmarish situation to nightmarish situation with fog surrounding nearly every move she makes.

Much like ‘Silent Hill’, ‘Offseason’ starts to feel meandering after the initial premise is set up. The (very loud and overpowering) score ensures you stay on the edge of your seat, constantly expecting the next scare but the film doesn’t actually deliver much in the way of scares. The expectation turns out to be more intense than the delivery and scenes become repetitious as Marie wanders through empty locations looking for a way off the island.

Jocelin Donahue does a fine job as the film’s heroine. Her performance is intense and she makes even Marie’s more unbelievable lines of dialogue feel believable. For a large portion of the film, she isn’t even required to speak, instead just running around looking terrified which she pulls off well. A small cameo from Richard Brake brightens up the climax and Melora Walters is as reliable as ever as Marie’s late mother Ava, frequently seen in flashbacks.

Quite honestly, I’m not sure if I enjoyed ‘Offseason’ or not. On the one hand it definitely kept me on the edge of my seat but on the other I’m not convinced the plot actually made any sense. I’m also not sure it was supposed to as director Keating definitely seems to have opted for unsettling and atmospheric above all else. On that front he delivers without a doubt but I would have liked a stronger story that wasn’t as reliant on the classic stranger in a strange town trope.