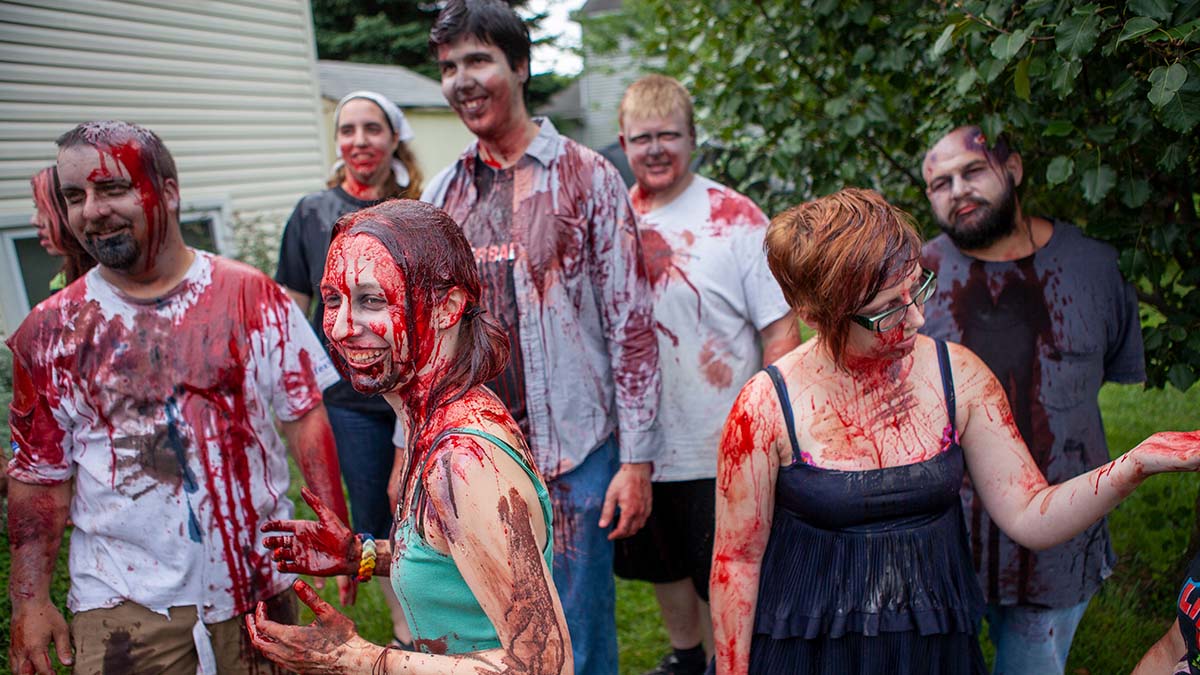 As any horror fan knows, the genre is much more than the bigger budget productions that Hollywood pushes out. Often looked at as a lesser important genre than most others, horror film-makers have always had to be more creative with smaller budgets to get their films made and seen. New documentary ‘The Brilliant Terror’ explores the Grassroots Horror movement and looks at the length that horror film-makers go to in order to bring their visions to life.

The documentary focuses on small-town creative Mike Lombardo who is shooting, and re-shooting, his latest film ‘The Stall’. We get to see the trials and tribulations that go along with being an independent film-maker and the darker side of the Grassroots movement, which involves jealousy and death threats. Is Mike a fantastic film-maker? Honestly that isn’t very clear as he veers between passion about what he’s doing and an incredible self-belief that he’s making an impact. We see him passionately promoting his production company on the festival circuits and being hands on in both the shooting and editing of his films, so there’s no denying that he has confidence in what he’s doing.

We also get to hear from other grassroots directors, horror experts and fans, and it’s clear there’s quite a divide when it comes to how Grassroots Horror is viewed. Film journalist Heidi Honeycutt delivers one of the documentary’s more cutting moments as she takes aim at horror fans who have no idea how to make a film and just want to be famous and emulate their idol. She goes even further to point out that some amateur film-makers don’t understand that the film they are trying to make is bad in the first place before talking about the merits of her own film that she made.

Other contributors aren’t quite as critical, with some taking the time to really explain how they put their film together and what they believe can make a good independent film. Writer and actor Amanda Rebholz opens up about how she’s found acceptance by working in horror, and the way she describes finding solace in the genre is something I’m sure a lot of fans will relate to.

‘The Brilliant Terror’ is an insightful documentary that really exposes the effort that goes into putting a horror film together and how the passion of a film-maker can make it a reality. It also really highlights that the split between Grassroots and Indie film-makers, and it doesn’t capture the community feel that I’ve always felt being part of the horror family. ‘The Brilliant Terror’ definitely brings a variety of voices with it and it’ll be up to you which of them you want to side with.