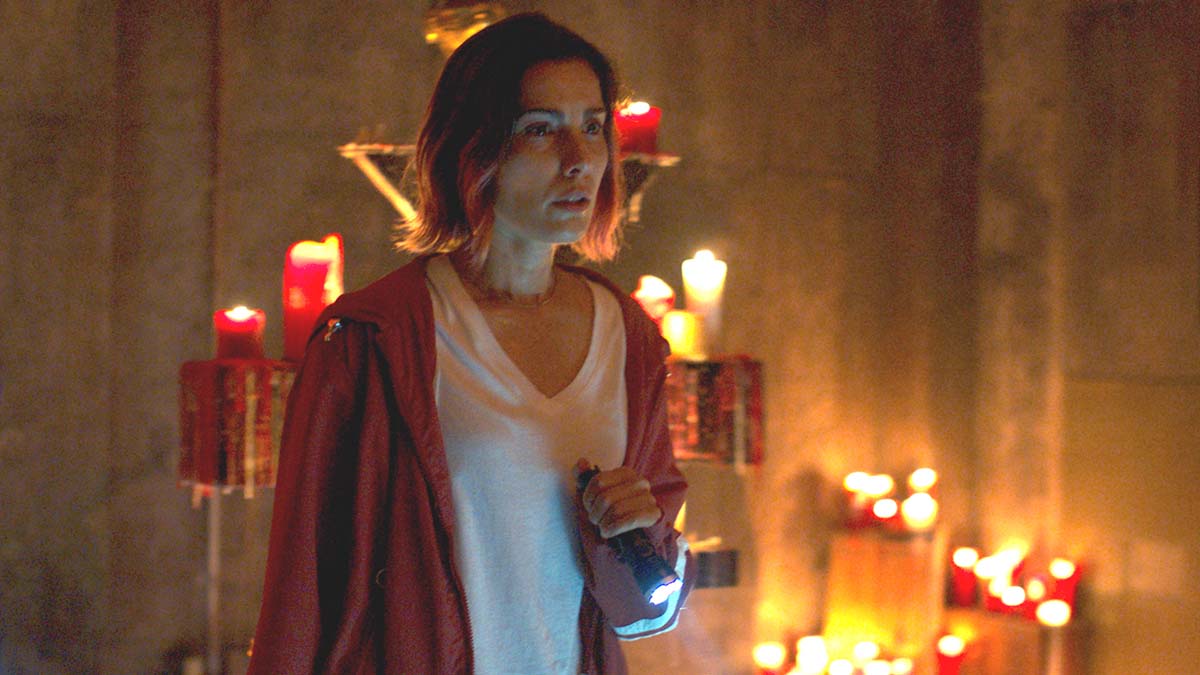 Carly (Carly Pope) hasn’t seen her mother Angela (Nathalie Boltt) in 20 years but is haunted by her actions. When Carly was a teenager, Angela murdered lots of people in a fire and since then the two haven’t seen one another. Out of the blue, Carly is contacted by a medical research company called Therapol who inform her that Angela has been in a coma. They convince her to take part in an experiment which would put her inside Angela’s mind via virtual reality. Initially reluctant, Carly agrees seeing it as a way to tie up loose ends with her mother but she soon finds herself having to fight supernatural forces as reality and fantasy begin to blur.

Neil Blomkamp is best-known for his fantastic 2009 film ‘District 9’, which to date remains his finest piece of work. Despite there being plenty of buzz around the film-maker, his follow-up projects haven’t earned the same critical acclaim and unfortunately ‘Demonic’ isn’t likely to change that. An ambitious project, ‘Demonic’ tries too hard to impress visually but sadly the story is lacking making it hard for the audience to care what unfolds.

Fleshing out the characters isn’t the top of Blomkamp’s agenda so pretty much all we know about Carly is her name and the fact she doesn’t get on with her mother. She doesn’t appear to have any distinguishing features beyond that and it doesn’t make a whole lot of sense that she’d agree to an experimental procedure to help someone she apparently doesn’t care about. Angela fares worse, and Nathalie Boltt who is so vibrant in ‘Riverdale’ is woefully wasted, and it’s hard to believe that she is anything to Carly, let alone her allegedly psychopathic mother.

When Carly enters into the virtual reality world, Blomkamp makes some interesting visual choices, making Carly look as if she herself is digital. Aesthetically there really isn’t a lot to fault here but that just can’t hide the gaping holes in the plot or the fact that the film is actually just quite boring. When the story turns to demonic possession, you might expect the tension to ramp up but it doesn’t. The film meanders along to its inevitable conclusion with a whimper and Blomkamp delivers nothing in the way of scares or new ideas.

Predictably Carly’s reality starts to merge with the virtual world she’s inhabited, and a few unnecessary plot twists add more groans to an already hugely underwhelming screenplay. Like Boltt, Carly Pope is capable of so much more than she’s able to here and as Carly all she gets to do is run around, look a bit angry and repeat.

‘Demonic’ is another disappointment from Blomkamp. It had the potential to be a really edgy sci-fi horror but sadly it’s just plain dull. While there are some nice visual moments, the barely there plot won’t grab your attention and you won’t believe Carly’s actions. It’s a real shame because Blomkamp is a talented film-maker and he’s assembled a stellar cast here but all the promise is squandered in the first half hour and the film never recovers.