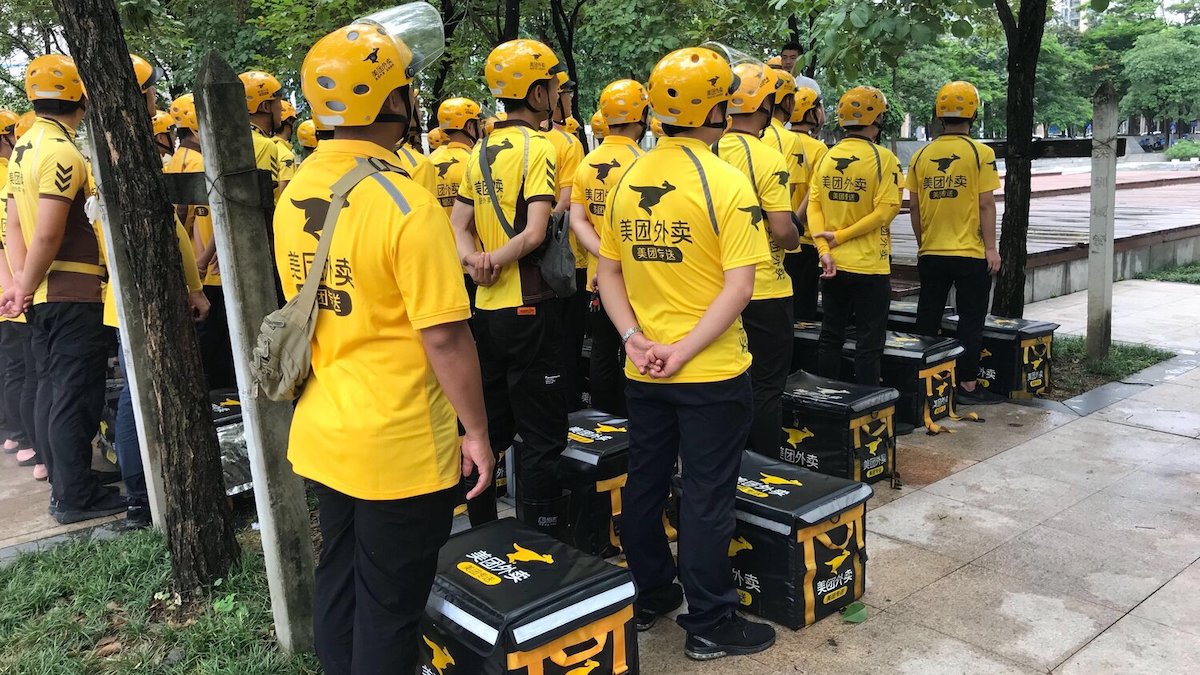 “We’ve replaced the tyranny of the boss with the tyranny of the algorithm. And that is much worse.” This quote from a software developer, comes about two thirds of the way through Shannon Walsh’s timely and incredibly relevant documentary ‘The Gig is Up’. Charting the perils and indignities of the platform (or gig) economy, ‘The Gig is Up’ shines a much-needed spotlight on the shadow workforce.

This story spans the globe, taking us to Florida, Paris, Lagos, Shenzhen, and of course, San Francisco. The introduction tells us that the platform economy is worth 5 trillion dollars globally, and employs over 540 million people. It offers flexibility for workers, you get to be your own boss, there’s no confines associated with the traditional workplace, and when times are good, you can earn terrific money.

Walsh wastes no time in unpicking these positives, introducing us to terms such as “platform capitalism”, “ghost work”, and “convenience maximalism”. But what does the world look like for the people doing the ghost work…the people who are maximising your convenience? We’re led to believe that if we tap an app on our phone, then food comes to our door, or a book is delivered within 24 hours. That everything is automated and digital. ‘The Gig is Up’ exposes the global underclass that is propping up the 21st century lifestyle of convenience, and how their value is being completely erased.

Take Amazon Mechanical Turk (MTurk) as an example. A crowdsourcing facility which engages a workforce from all over the world to do work that automatic computation can’t do. Vast numbers of people working in the background of Amazon, fixing listings, updating metadata, taking surveys, and feeding the artificial intelligence algorithms with human input, and they are getting paid pennies to do it. Or in the case of the people outside of the US, in Amazon gift credit.

If you want to make any sort of money out of it, you have to be constantly scanning the platforms for work. Getting up in the middle of the night to check what work there is, because if you don’t, then someone else will. If you switch off, you miss out. They tell you that gig working is flexible. It is a massive lie.

Walsh also introduces us to a fleet of Deliveroo riders in Paris who are trying to unionise in order to wrestle back some power. We learn how the Deliveroo and Uber Eats algorithms control their lives. If a customer complains that their drink has spilled, it isn’t a human being they complain to, it’s the app. And the app responds by deactivating the worker’s account. It is dehumanising, it is exploitation, and it is completely unregulated.

The majority of the contributors who speak to Walsh are gig workers, or experts in the field. Noticeably absent are the tech bros of Silicon Valley, which gives the film a very one-sided slant. But in all honesty, is there another side to this story? What could they possibly say to defend the economy they have created? It is untethered late-stage capitalism at its absolute worst. Millions of people being paid pittance, living on the bread line, working every hour under the sun, whilst a couple of dudes who had a good idea become billionaires.

‘The Gig is Up’ is well worth your time, and in a post-pandemic world even more relevant. Walsh paints a very bleak picture, and big-hitting platforms like Amazon, Uber, and Deliveroo come off very badly. Though I don’t think that any of this is news to anyone. Witnessing the industrial levels of digital exploitation on display however, and the human impact on the people doing the work will still make you sick to your stomach.

There’s a visual image that is a kind of thematic centrepiece for the film. It is linked to the popular bike sharing scheme that was launched in China in 2017. It became so popular that more and more companies joined the market, creating a war for market share. The eventual outcome was market saturation, the boom turned to bust, and cities all over China were left with an oversupply of bikes. The bike graveyards we see in Shenzhen are an almost unfathomable visual to compute. As a metaphor for what convenient consumerism has done to the world, it is perfect.

In this article:Edinburgh International Film Festival, EIFF 2021, The Gig is Up