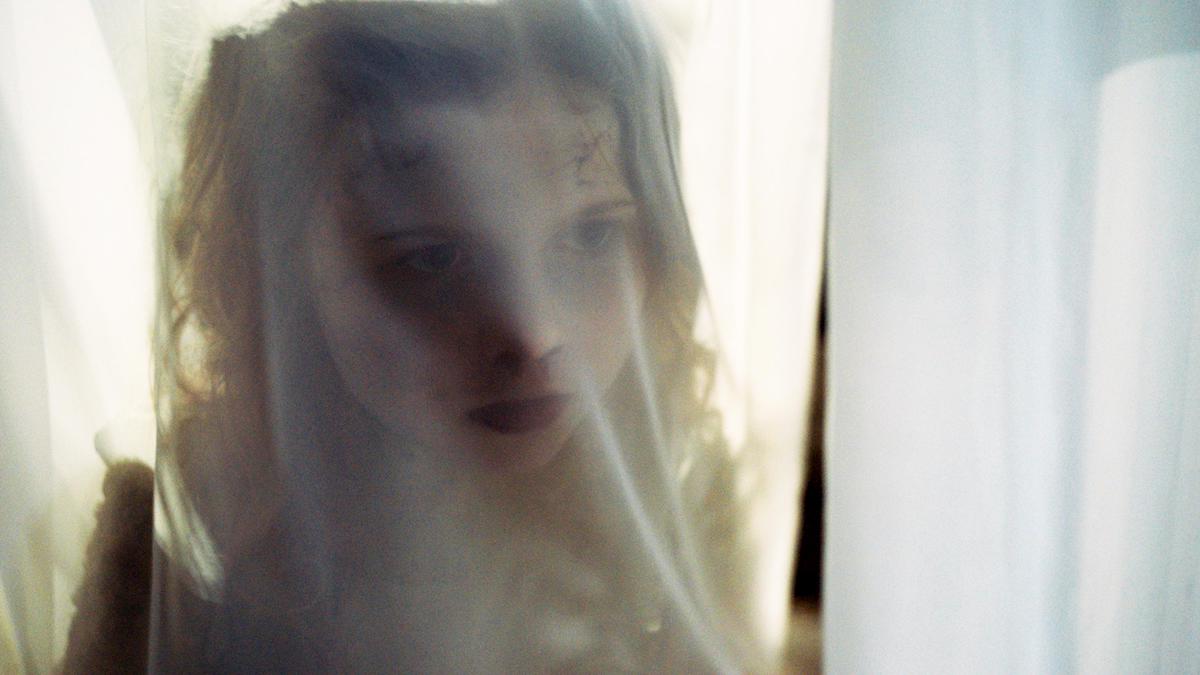 ‘Martyr’s Lane’ stars Kiera Thompson as Leah, a ten-year-old girl living with her family in an old vicarage. Her mother (Denise Gough) is distant from her, and she has a fractious relationship with her older sister. The only kindness she experiences from her family comes from her father, but he is always busy tending to his flock.

At the start of the film, something is whispering to Leah in the night, causing her to dream about the locket her mother wears. The whispering encourages her to take what is inside it, an act that has a profound effect on her mother. Whilst Leah wrestles with the guilt at what she has done, she is befriended by a little girl in an angel outfit who visits her room at night.

She is happy to finally have a friend, and they play games and giggle about things. But the girl starts telling Leah where to find hidden items around the grounds of the vicarage. Things that should perhaps stay lost and forgotten. Is this girl a guardian angel, or something else altogether?

If you’re familiar at all with independent British horror, you might feel as if you’ve seen this film before. Written and directed by Ruth Platt, ‘Martyr’s Lane’ treads a fairly well-worn path of creepy children, creepy old houses, and terrible secrets. You can also roughly figure out where it’s all going within the first ten minutes, but that doesn’t mean to say it’s not worth your time.

The film starts quite slowly, but then begins to creep under your skin as the nightmare unfolds. It also makes smart use of having Leah as the point of view character, something that these types of “haunting” films generally don’t do. It’s almost always the parental figure being freaked out by what is happening to their kid, but in this film we genuinely experience it from a child’s perspective. The biggest scare isn’t anything supernatural, but the far more primal fear that her mother might not love her.

There’s nothing especially chilling about ‘Martyr’s Lane’, or anything that is going to keep you awake at night. However, there is something desperately sad at the heart of this film. It’s one that is haunted by grief and despair and depression, and that brings its own kind of internal horror, which can be just as potent and suffocatingly scary as any monster waiting in the darkness to make you jump.

‘Martyr’s Lane’ makes its UK Premiere at Edinburgh International Film Festival, before being released on Shudder from September 9th