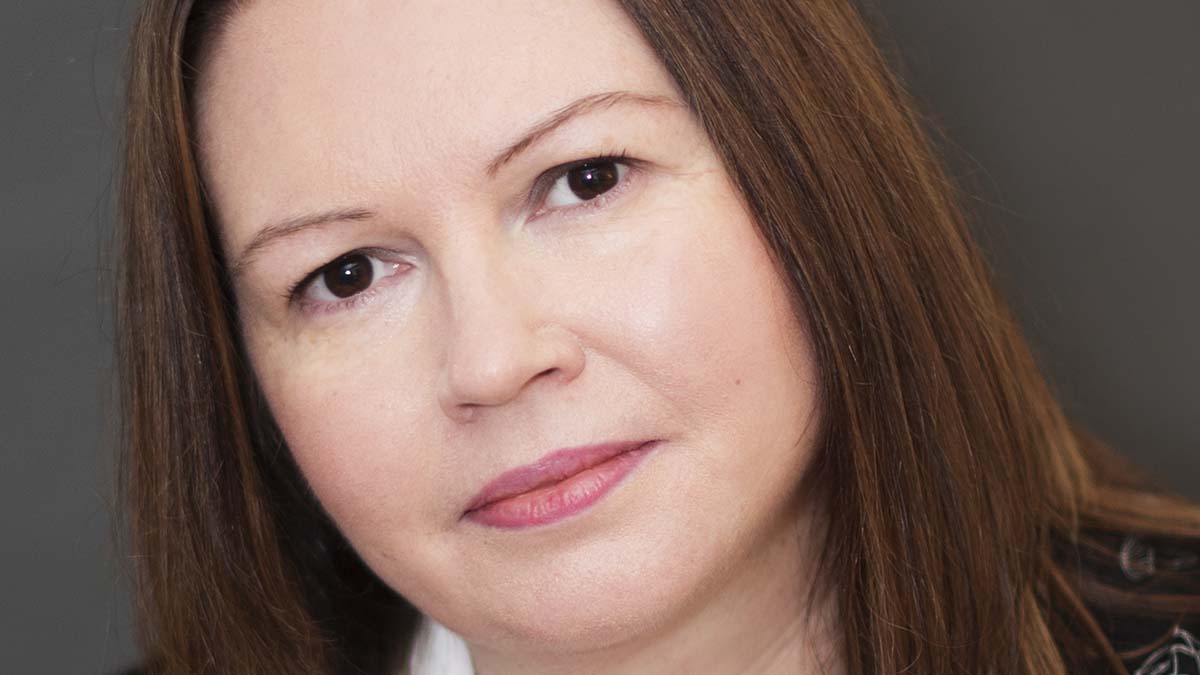 Telling the story of Rachel, a young woman who accepts a live-in position as an assistant to eccentric author Dorothy Winters, ‘The Vacancy’ is one of those books you can’t put down once you start reading it. You can find out my verdict by reading my review.

I spoke to Elisabeth earlier this week to discuss the inspiration for ‘The Vacancy’, dig into the characters, and to find out what she’s got coming up next…

Your new book ‘The Vacancy’ is out today. How are you feeling about it?

Nervous, I’m always nervous when a book comes out (laughs). I try and avoid Amazon reviews for about half an hour. It’s always the worst ones that come out first (laughs). People have been so nice online on Instagram and Twitter saying they’re looking forward to reading it.

I picked up ‘The Vacancy’ to read for half an hour while I had a cup of tea and before I knew it, I was absolutely hooked and I’d read half of it. Where did the inspiration for the story come from?

I was with a group of friends in an Airbnb a couple of years ago, it was this nice big house., and I thought, ‘oh my god, what if we’re being filmed?’. It stemmed from being spied on because Rachel feels like that all the time. She goes into this strange house and she thinks she’s being watched, and she is. I just wanted to get that claustrophobic feel, set in a nice house that has secrets. The characters came to me fully-formed, especially Gordon and Dorothy.

I think everybody knows a Gordon, don’t they?

As I was reading it I thought, ‘I know a few Gordons’…

He’s got this outwardly busy body (personality) but inwardly he’s got a soft centre that cares about what people think about him. I didn’t want to make him two dimensional so he’s just a busy body.

Yes, a story within a story but having it all linked as well. It was such fun to write from Kathryn’s point of view because the world completely revolved around her and she couldn’t see how her actions would affect other people. Rachel’s the opposite, she’s like a sponge getting everyone’s emotions but quite shut out from everyone. Their parallel backgrounds were sort of entwined in their separate narratives.

I like the way you brought the humour out of both Rachel and Kathryn by giving the reader access to their thoughts. They were often so blunt and funny, and they’re the kind of things we all think when we meet people but rarely ever say…

I think even in darkness Yeah, especially with British people, they do find the humor in every dark situation. My friend’s worked in a prison and they have the same thing, you have to cut through bad situations to see the light sometimes. It makes the terrible times a bit more starkly contrasted. Everyone’s a critic inside aren’t they? They give their honest opinion of people but it changes when they know somone.

I found it helped me get to know Rachel. Outwardly she’s quite meek and mild when she meets Dorothy but being able to get inside her head suggested there was more to her than we know. That hooked me in because I wanted to find out who the real Rachel is rather than the sanistised version we meet at the beginning…

I didn’t want to come across too boring but I think you are quite sensible when you start a job. You put on this, like you said, sanitised front but inside all emotions are whirring and (for Rachel her) true feelings about her boss who’s a bit strange, offering her a gin and tonic on her first day. That was fun to write.

Dorothy is so wonderfully eccentric. I really hope someone turns your book into a TV series because I would love to see Dorothy brought to life on screen. What she inspired by anyone you’ve met?

No, I’ve never known anyone like her. Although one of my old bosses, he was a barrister, and he was quite eccentric. There’s little bits of everyone that I’ve ever met who has ever been eccentric. I had in my head someone like Sharon Stone who was glamorous but you can’t tell what’s going on. It was so fun to write. Also, if I was ever living in a big house as an author, had no responsibilities and swanning about – (I’d) not drink so much maybe – have an assistant… it’s a caricature of what some people think writers are like.

Gordon very much forms a stereotype of Dorothy by spying on her and watching her raucous parties. She’s just such an intriguing character…

Yes, that’s right. You’ve got the reader’s point of view and Gordon’s point of view of Dorothy, but you don’t really have Dorothy’s point of view in the book. She is a character that is watched a lot. Everyone’s got an opinion about her. It was really good fun to write her.

I don’t want to give anything away about how the book ends but I do want to ask if you’d consider exploring any of the characters we meet in further books?

I can’t say (much) but a path of destruction maybe? (laughs) That would be interesting. I haven’t yet written a sequel to any of my books yet.

When did you make the decision to start writing books and pursue it as a more serious career path?

Back in 2008, I finished an English degree. That was when I had my eldest son so I was working part-time and studying as well. When I had my second son, it was that maternity leave where everything is just quiet and you’re away from the world. I started writing my first ever novel in 2012. I really enjoyed that. It was a bit of a slog but just to finish something was amazing. I worked on that for two years and sent it out to agents, about 70 and got complete rejections (laughs). Then I wrote another three before I wrote ’99 Red Balloons’ and that got me five offers of representation. It was a slog but with every book, I learned. You learn on the go. I got there in the end!

‘The Vacancy’ is a good mix of drama, thriller and I’d say a little bit of horror. Have those genres always appealed to you?

Yeah, actually I’ve started getting into horror movies as well. Horror movies used to be quite slasher in the 80s but now they’re more psychologically driven. There is a a fine line between horror and thrillers. I wanted to have supernatural elements suggested in there to add a bit of creepiness, because I love things. I love ghost stories and horrors. I think it makes it a bit more interesting and you think, ‘where will it go next?’ I don’t think thrillers are as prescriptive as they used to be, especially when you go down a psychological route. You can have a lot more elements and pinch different things from different genres to include in the story.

I’m working on some opening chapters at the moment. That’s got more of a serial killer vibe. Another project on the side is based in the 1980s in a small northern town. It’s a bit of a supernatural story, where a group of villagers see a glowing light in a field and some people think it’s religious, other people think it’s aliens. Of course, in the 80s you’ve got no internet. It causes a sensation. I’m working on that aside from the thrillers.

Elisabeth Carpenter’s ‘The Vacancy’ is available now via Orion Books. You can pick up a copy at Amazon.co.uk.

Advertisement. Scroll to continue reading.
In this article:Elisabeth Carpenter, Featured