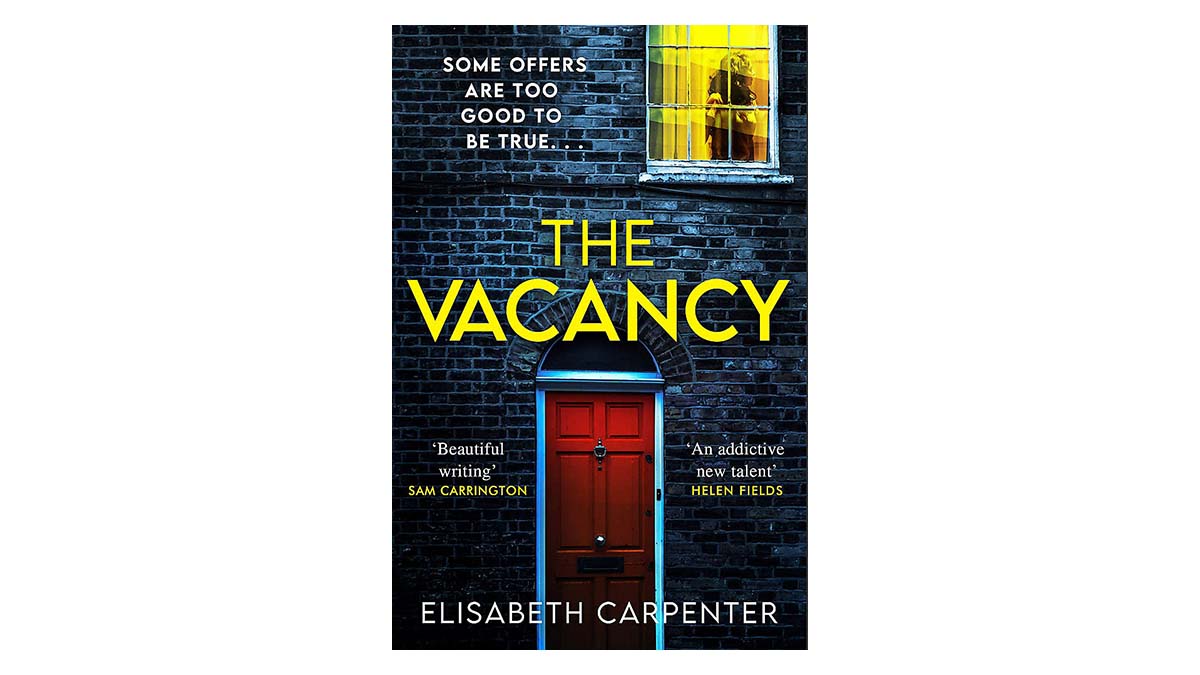 Rachel answers a job advert to be a live-in assistant for acclaimed author Dorothy Winters. When she unexpectedly gets the job, Rachel is thrust into Dorothy’s strange world that is full of raucous parties, Ouija boards and a new manuscript that bears more than a little resemblance to Rachel’s own life. Harbouring a dark secret of her own, Rachel tries to blend in to her new surroundings but when her past starts to catch up with her, and Dorothy’s nosy neighbour Gordon starts to suspect something is amiss, she decides to take matters into her own hands.

‘The Vacancy’ is the latest book from Preston-based author Elisabeth Carpenter who has enjoyed acclaim for her previous releases including ’99 Red Balloons’ and ‘The Woman Downstairs’. A good old-fashioned thriller, ‘The Vacancy’ is a real page turner as the reader tries to figure out what’s happening alongside the protagonist Rachel. Carpenter wastes no time jumping into the story and her mix of dark humour and mystery is one that will keep you hooked from start to finish.

One of the strongest elements of the book is the character of Rachel. Carpenter presents her as a very well-rounded character and she allows the reader to hear Rachel’s inner-thoughts, which are often pretty blunt and wryly amusing. As Rachel gets used to being around the eccentric Dorothy, and has no issue snooping around, we’re treated to her acerbic wit and blunt observations that she (mostly) keeps to herself. Dorothy on the other hand is painted as an ageing woman who lives on her past glories but refuses to grow old gracefully. Frequently depicted with a glass of something in her hand, Dorothy’s quirky personality intrigues Rachel as she gets to know her new boss.

Carpenter uses an interesting narrative device with chapters switching between Rachel and a troubled young woman named Kathryn, and while it’s not immediately obvious who Kathryn is, Carpenter weaves the two storylines together impressively. I don’t want to give too much away as it would be too big a spoiler, but the two different stories do come together in a satisfying way, building to a climax that you’re very unlikely to predict.

I also liked the world that Carpenter created around her two central characters. Nosy neighbour Gordon who looks after his elderly mother offers some comic relief as he spies on Dorothy’s house, becoming increasingly convinced something odd is going on in its four walls. We also get to meet an array of Dorothy’s friends, and while we don’t get to spend a whole lot of time with all of them, Carpenter’s writing and descriptions ensure that they all make an impact.

‘The Vacancy’ is a really fantastic read. If you like your mysteries with a side of humour then this is a book you’ll love. Carpenter has a knack for writing addictive prose and I’ll bet once you start reading this, you won’t be able to put it down. With short chapters and a fast-moving plot, Carpenter draws you in quickly and you won’t be able to wait to find out what happens next.

Advertisement. Scroll to continue reading.
In this article:Elisabeth Carpenter, The Vacancy