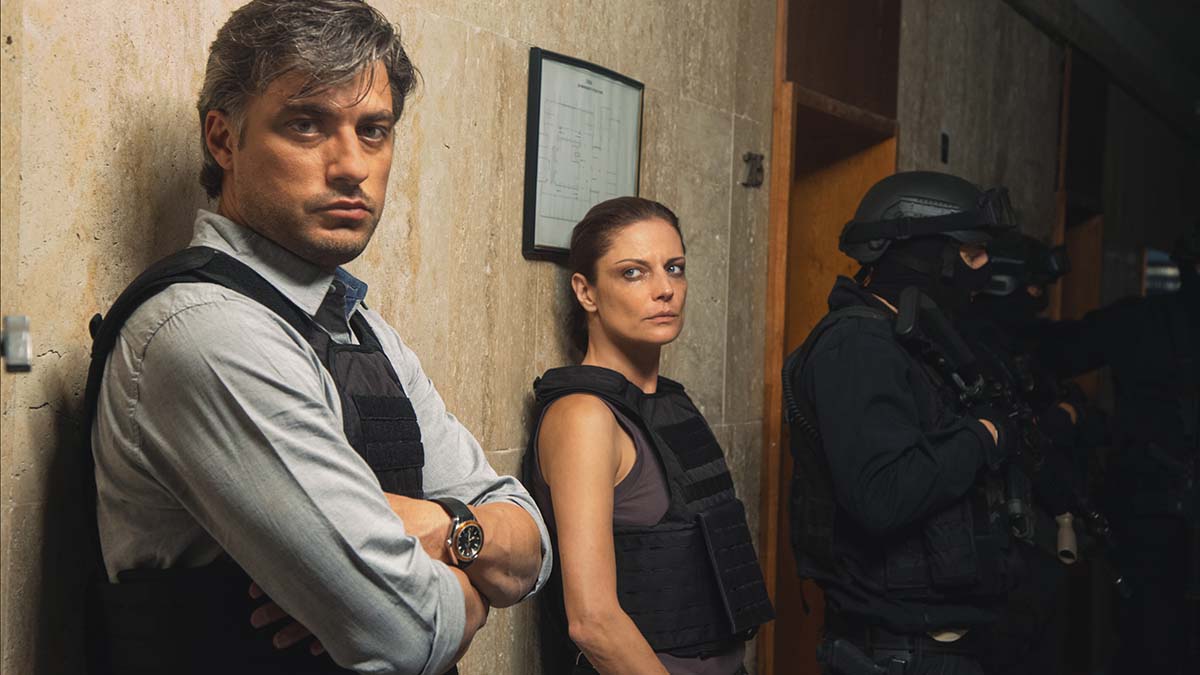 This is Walter Presents’ first foray into Bulgaria for crime drama. I wonder if they’ve one of those rub-off maps of the world in their office which they gleefully scratch off whenever they find a new drama in a previously untried territory. There cannot be many places in the world that they’ve not sourced to stock their drama cellar full of quality television.

It’s the tale of an ex-policeman whose stabbed and bloated body washes up on the shore of a lake in the beautiful Bulgarian countryside near Smolyan – just 20km from the Greek border. Investigations reveal that his eyes had been removed and replaced by those of a sheep, which is a bit weird. The sheep had been stolen from a local herdsman a few days previously. The whereabouts of the rest of the sheep is currently unknown. In addition to the sheep eyeballs thing, police dogs can find no trace of how he ended up in the lake – could he have been dropped from a plane? Curiouser and curiouser.

Although the victim was an ex-copper, since he left the force, he turned from gamekeeper to poacher – or, more accurately, people smuggler. He was being tracked by the Bulgarian National Security Agency, who believed he was responsible for bringing in a Syrian terrorist. They send Mia – a resourceful investigator who seems to delight in assuming false identities to extract information from the slow-witted locals.

Mia, played by Teodora Duhovnikova, is clearly the star of the show. She’s clever, inventive and doesn’t suffer fools. When she first appears at the crime-scene, she pretends to be a journalist (which for some reason involved a change of clothing in her car). She later falsifies her way into the autopsy by pretending to be a police witness, during which time she forces herself to vomit on the examiner, resulting in him having to leave to change his gown. Whilst he’s absent, Mia takes her own photographs and escapes through the window. She’s also not shy about using her good looks to fluster the local male population, who it would appear have never seen an attractive woman in their lives.

The end result is an intriguing crime drama, with a bit of a satanic, spooky twist. It’s not ground-breaking or original (some of it is a bit tick-box predictable) – and some of the acting outside of the main protagonists is a tad clumsy. But the countryside looks great and there’s just about enough here to make you want to find out more. So far, none of the main characters are that likeable, so I’m not sure whether they’re going to engage over time. But for now, file under “one to watch” and let’s see how the story develops.

Walter Presents: ‘The Devil’s Throat’ launches on Channel 4 at 11pm on 9th August 2021. The full boxset available on Walter Presents via All 4 from Friday 6th August.