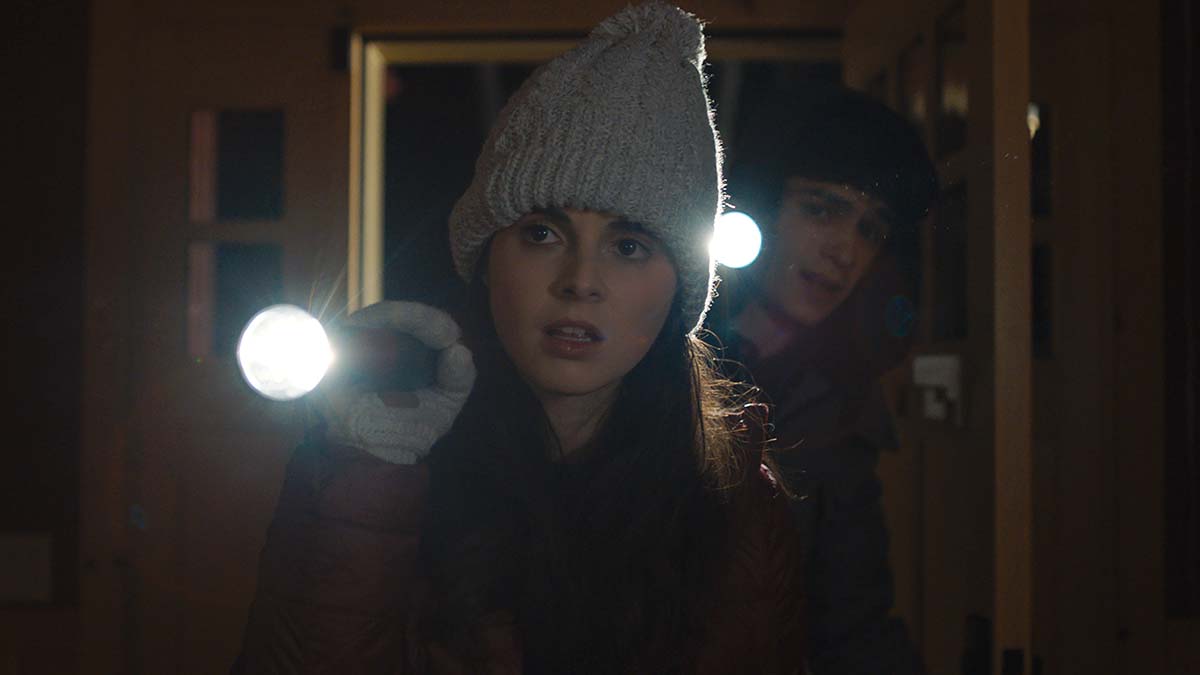 Madison (Vanessa Marano) and her boyfriend Jimmy (Benjamin Papac) take a holiday break in Northern Wisconsin with family. After arguing with her mother Charlotte (Gabrielle Carteris), Madison decides to sneak out of the house with Jimmy and break into a neighbouring house. The two drink, get high and play with a Ouija board, and when they wake up in the morning the house has been robbed. Madison insists on calling the police and she and Jimmy have to stay with her Uncle Andy (Chris Mulkey) during the investigation of the break-in. Paranoid about being burgled, the couple set up traps but when the burglars finally come knocking, they have to use their wits to survive.

‘How to Deter a Robber’ is the feature film debut from writer/director Maria Bissell. Aiming to offer a fresh take on the home invasion genre, which at this point has been done to death, Bissell tries to blend comedy with the thriller genre but it doesn’t really work. The end result is a film that is trying to be an adult ‘Home Alone’ but without any of the key set-pieces that made that iconic film a classic. Add in to that the comedy and a plodding pace, and ‘How to Deter a Robber’ sadly isn’t a great film.

The first half of the film takes too long to build to the arrival of the burglars, with Bissell instead opting to spend too much time on Madison and her dim-witted boyfriend Jimmy. Vanessa Marano, who is best-known for her roles on ‘Gilmore Girls’ and ‘Switched At Birth’, does her best to inject her trademark zippy energy into the character of Madison but Bissell’s script just isn’t strong enough to be worthy of her talents. Similarly Benjamin Papac doesn’t get much room to do much with his stoner character Jimmy, whose dumbness should have been endearing but winds up being a little annoying.

Once the film gets into the meat of its story, the expected climax never quite arrives. The burglars are as dumb as Madison’s boyfriend, and whatever stakes there should have been quickly evaporate. Rather than comedic set-pieces featuring Madison and Jimmy turning the tables on the burglars, the film focuses instead on lengthy scenes of dialogue that feel self-indulgent rather than moving the film along.

‘How to Deter a Robber’ sadly isn’t going to go on the list of classic home invasion films. There’s a good story in the mix somewhere but it never really materialises. Instead, viewers are left with an uneven story with tonal issues that is surprisingly dull. A finer balance of the comedy and violence may have benefitted the film but unfortunately this end product is a damp squib.