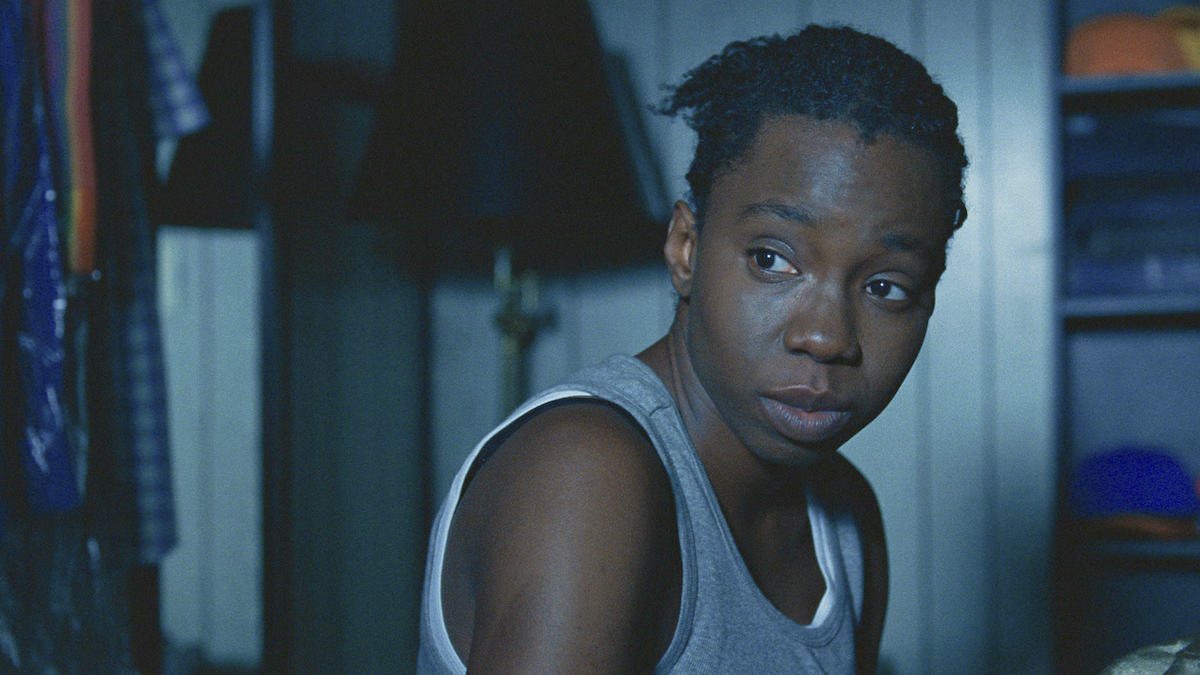 ‘Pariah’ is the groundbreaking and moving story of a Brooklyn teenager struggling to express her lesbian identity and discover her authentic self in the face of her strict and overbearing family, the societal expectations of being a young black woman, and how she is expected to appear. Written and directed by Dee Rees, this vivid and nuanced feature film debut arrives on blu-ray for the first time in UK this week, courtesy of the Criterion Collection.

In the film’s opening scene, we meet seventeen-year-old Alike “Lee” (Adepero Oduye) in a gay nightclub with her best friend Laura (Pernell Walker). On the journey home, Lee removes the baseball cap and baggy clothes she feels comfortable in, replacing them with a girly t-shirt and earrings, just in case her mother (Kim Wayans) is still up when she gets in. It’s a remarkable opening sequence, and perfectly captures the various intersections of gender, race, and sexuality that Lee is dealing with.

Her church-going mother senses that Lee is gay, but doesn’t acknowledge it openly, instead cloaking her disapproval in pushing Lee to be more feminine, to wear prettier clothes, and to stop spending time with that bad influence Laura. Her policeman father (played brilliantly by Charles Parnell) is more affectionate, but has secrets of his own. When her mother forces a friendship upon her with the daughter of a woman from church, Lee’s life is changed in unexpected ways.

Unique in its truthful and positive depiction of black queer sexuality, ‘Pariah’ is also unique—in American cinema at least—in how it tells this story through the context of a black family. How often do we see an affluent, middle class black family in a movie? Even though the film is ten-years old, we’re so used to being presented with poverty and ghetto-porn in American cinema, ‘Pariah’ feels fresh, and authentic, and that of course is down to Rees and her remarkable cast.

Oduye, who was most recently seen in Marvel’s ‘The Falcon and the Winter Soldier’ is sensational as Lee. On paper, the role of a closeted, aspiring poet could be the most cliched character you’ve ever seen, but she brings real texture and raw emotion. You feel all her pain and embarrassment. When she smiles, it lights up the screen. Special mention should also go to Kim Wayans and Charles Parnell for their terrific performances as Lee’s parents.

Adapted from her own short, Dee Rees captures so much life and complexity in a mere 86-minutes, it really is a wonderful piece of cinema. The script, inspired by Rees’ own experiences (though she came out much later in life) beautifully portrays Lee’s feeling of being placeless, and the inner struggle that comes with that. The film is also stunningly shot by Bradford Young. Using raw, natural light he bathes the screen in vibrant colours. I genuinely believe that if this film was released in 2021, it would be a major awards contender in multiple categories.

The disc comes with a selection of brand-new content, most of which is in the form of Zoom calls thanks to the pandemic. First up is a terrific conversation between Dee Rees and film scholar Michelle Parkerson, in which they discuss the inspiration for the film, and the writing and development of ‘Pariah’.

Recorded in February 2021, there is a cast reunion moderated by film scholar Jacqueline Stewart. This wonderful conversation brings the cast and their director back together for the film’s ten-year anniversary. They each share their recollections of how they got involved with the project, and discuss their memories and experiences of making the film.

Also moderated by Jacqueline Stewart is the Making of Pariah, which brings Dee Rees, Bradford Young, producer Nekisa Cooper, production designer Inbal Weinberg, and editor Mako Kamitsuna to discuss the making of the film, and how they achieved such a stunning aesthetic on such a low budget.

Finally, there is an interview with Kara Keeling (film scholar and author of Queer Times, Black Futures) in which she talks about where ‘Pariah’ sits in the pantheon of LGBTQ cinema.